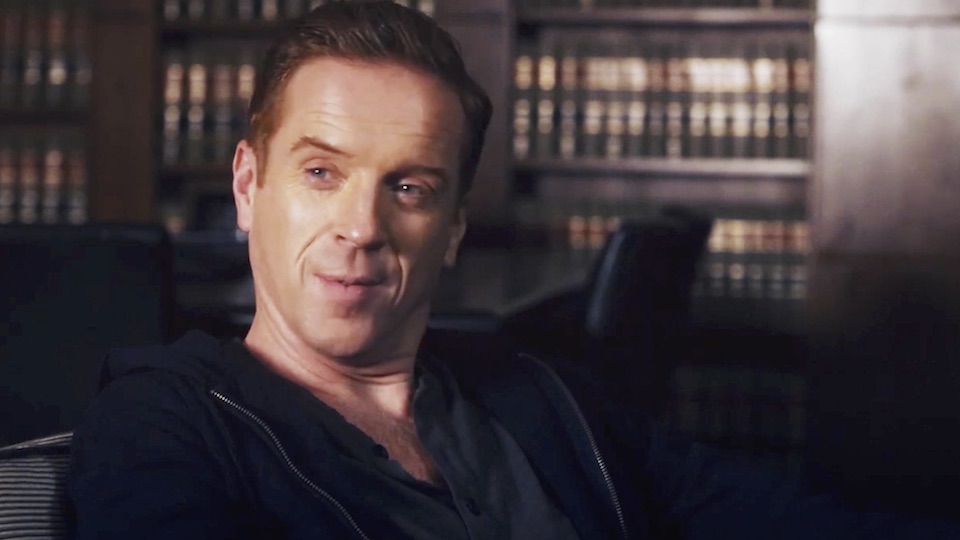 With the recent return of Bobby Axelrod in the hit Showtime series Billions, I began to wonder how a TV show with such an immoral lead character can last. If someone lacks such empathy and is out just for themselves, how would the audience identify with them and why would they like them? Ultimately it comes down to the portrayal of Axelrod by Damian Lewis.

Bobby Axelrod is a billionaire whose driving force is to win but to also destroy those who oppose him or cross him. Even if the betrayal is slight (or if he sees it as betrayal) he must vanquish his opponent. In this season’s premiere, he was shooting a picture for Vanity Fair with other recent billionaires who crossed the 10 billion mark. When he wasn’t featured on the cover and Corey Stoll’s character was, he immediately launched into a plan to wound Stoll’s character. It’s not a healthy way to live, but in Lewis’s hand, it sure is fun to watch.

To take a character like Axelrod and turn it into someone the audience not only is interested in but actually roots for is a testament to how the actor plays the role. You need to be interesting and seductive, but you also need to bring the audience around to your side and make them understand that even though you are unscrupulous (some might even say evil) your way is right and we want you to win.

There are many villains in past films and TV who are a lot of fun to watch. But usually, we are able to separate the fun aspect from their true malicious intentions. While we might like to watch them be wicked, we do not root for them to win.

It’s easy to look at Oscar-winning roles and see who has perfected the bad guy. Watching Anthony Hopkins as Hannibal Lecter in The Silence of the Lambs was a study in the craft of acting. The restrained subtle evil that never lost control but was always two steps ahead of everyone else. Honestly, how many times have you heard people say “Hello, Clarice” in an attempt to mimic Hopkins’s wicked smile and delivery. Javier Bardem had a similar role as Anton Chigurh in No Country for Old Men. He was pure evil as the man who carried out his horrible deeds with no remorse. But that haircut and his coolness sucked in the audience. Another (posthumous) Oscar-winner was Heath Ledger for The Joker in The Dark Knight. Jack Nicholson turned in a good portrayal in the original Batman, but it was Ledger’s take on the iconic character that showed there was more to the insanity than just being mad. He really believed in his actions and the audience loved to watch him. Denzel Washington is a great actor and has turned in some terrific performances but watching his intoxicating award-winning turn as Alonzo Harris in Training Day is tons of fun. And finally, he may not carry a gun and shoot people, but Michael Douglas as Gordon Gekko in Wall Street is great to watch in his completely criminal pursuit of money.

Gekko might be the most similar to Axelrod in Billions yet he (as do the rest listed above) still lacks the one thing that Lewis has infused into Bobby. We want Bobby Axelrod to win. We want him to get revenge on his enemies, we want him to make more money, we want him to succeed. All those others (Lecter, Joker, Harris, Chigurh, and Gekko) are a lot of fun to watch, but as an audience, we know they are wrong. We like to watch them, but we cannot root for them, and eventually, they must lose because we cannot approve of such sinful actions.

Related: “The Police: ‘Everyone Stares'”

So, who compares to Lewis/ Axelrod? There are very few. At the top of my list is Paul Newman in Butch Cassidy and the Sundance Kid. He is so personable that it makes you want to join his gang and rob banks. Even while he’s robbing a train, he still makes it fun. Watching that movie, I wanted to a) hang out with Butch and b) see Butch get away with as many bank heists as possible. Second on the list is Robert DeNiro as Travis Bickle in Taxi Driver. DeNiro’s performance is the exact opposite of Newman’s in Butch Cassidy. He’s a loner who can’t communicate properly with people. And while his actions at the end are definitely questionable you still want him to succeed. This is due to DeNiro’s conviction as Bickle. He might be strange, but he truly believes he is doing the right and decent thing and the audience buys that.

Check out Damian Lewis as Bobby Axelrod. It’s a fantastic performance that sucks in an audience to side with him, even though we know his immoral actions are completely wrong, he’s so good that we can look the other way.