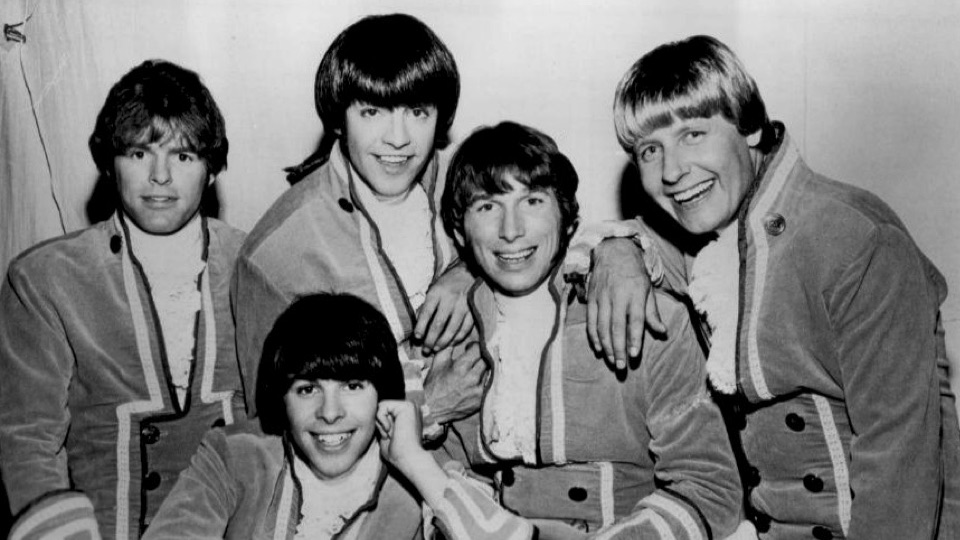 Which band had a string of hit records in the mid to late 1960s, performed regularly on an afternoon music-themed television series, and also managed to look cool (sort of) wearing Revolutionary War-themed outfits? That would be Paul Revere and The Raiders, who grew out of a Boise, Idaho-based group called The Downbeats, which featured Paul Revere on keyboards and Mark Lindsay on lead vocals and saxophone. The band carved out a successful niche in the Pacific Northwest, playing a busload of live gigs and recording several singles and albums. They relocated to Los Angeles in 1965, where they hooked up with producer Terry Melcher, who also worked with The Byrds, The Animals, and The Mamas and The Papas.

Melcher guided them through a successful period that saw the band’s music regularly soaring up the charts during their heyday. The group appeared as the house band on the televised music showcase Where The Action Is, and Revere and Lindsay co-hosted It’s Happening and Happening ’68, all three of which were produced by Dick Clark. Paul Revere and The Raiders also showed up on an episode of Batman, performing a song in the lair of the villainous Penguin.

The band benefitted from the manic stage antics of Revere, and the strong vocals (and teen idol good looks) of Lindsay. The group also featured the terrific backing work of Mike Smith on drums, Drake Levin on guitar, and Phil “Fang” Volk on bass, as well as several other talented players who were part of the group throughout the 1960s and 1970s. The band’s music captured the edginess of garage rock, topped off with a healthy serving of pop. Quentin Tarantino, who obviously digs their music, used three of their songs on the soundtrack of his film Once Upon A Time In Hollywood. Here’s a look at a half dozen of their best tunes.

Just Like Me – After their initial chart success with the defiant anthem “Steppin’ Out,” the group released this single, originally recorded by a Washington-based band called The Wilde Knights. The tune’s combination of low-fi garage rock, laced with R&B and a Stones-esque attitude, strode up the charts, hitting number eleven. Along with “Steppin’ Out,” this song set a template for the band’s “garage-pop” sound. Both tunes were included on the band’s fourth album, Just Like Us! The song was one of the first rock and roll releases to feature a double-tracked guitar solo.

Kicks – This British Invasion-flavored track was written by celebrated tunesmiths Barry Mann and Cynthia Weil. Even though the song’s overt anti-drug message was a bit out of step with the swinging sixties, “Kicks” was a huge success for the band, reaching number four. The track was later covered by The Monkees during their mid-1980s revival and reunion. Speaking of The Monkees, they scored the bigger hit with “(I’m Not) Your Steppin’ Stone,” a Tommy Boyce-Bobby Hart tune that both groups recorded in 1966. Paul Revere and The Raiders actually released their version first, and many fans prefer their rough-hewn take on the song.

Hungry – Another Mann-Weil composition, “Hungry” allows lead singer Mark Lindsay to growl about his yearning for all of the good things in life he’d share with a “real fine girl like you.” Lindsay’s wailing vocal sits atop a bed of guitars, drums, and bass that producer Melcher weaves together into delicious ear candy. The song was featured on the group’s album, The Spirit of ’67, their third disc in a row to hit the top ten. “Hungry” was later covered by none other than Sammy Hagar.

Good Thing – Co-written by Mark Lindsay and Terry Melcher, “Good Thing” features another seething, snarling vocal workout by Lindsay, with the usual stellar backing vocals and instrumental work from the band. It’s another excellent track from The Spirit of ’67, which also features the memorable hit “The Great Airplane Strike,” and the baroque pop tune “All About Her.”

Him Or Me (What’s It Gonna Be) – The 1967 album Revolution! was comprised entirely of tunes penned by Lindsay and Melcher. The band had weathered some personnel changes over their last couple of releases, and this disc saw the group bring in top-flight studio musicians Hal Blaine, Glen Campbell, and Ry Cooder to help out on the recording. As for “Him or Me,” if you wanted to give someone a prime example of late 1960s pop-rock-folk perfection, this guitar-centric Beatles meets Byrds track would be a good place to start.

Indian Reservation– In the late 1960s and early 1970s, the band went through a host of stylistic and lineup changes, as the group tried to re-define themselves in an ever-changing music scene. Mark Lindsay originally recorded this vintage John D Loudermilk protest song as a solo track. It ended up being released as a Raiders single, and became the band’s last major hit, marching all the way to number one in 1971. Various versions of the Raiders soldiered on throughout the 1970s, 1980s, and 1990s, even moving forward into the 2000s. Lindsay left for a solo career, while Paul Revere continued to perform with the group through 2014. Revere passed away later that year, and his son Jamie headlines the current version of the group.

Image: PR photo of Paul Revere and The Raiders

5 comments on “Paul Revere and the Raiders: 6 of Their Best”