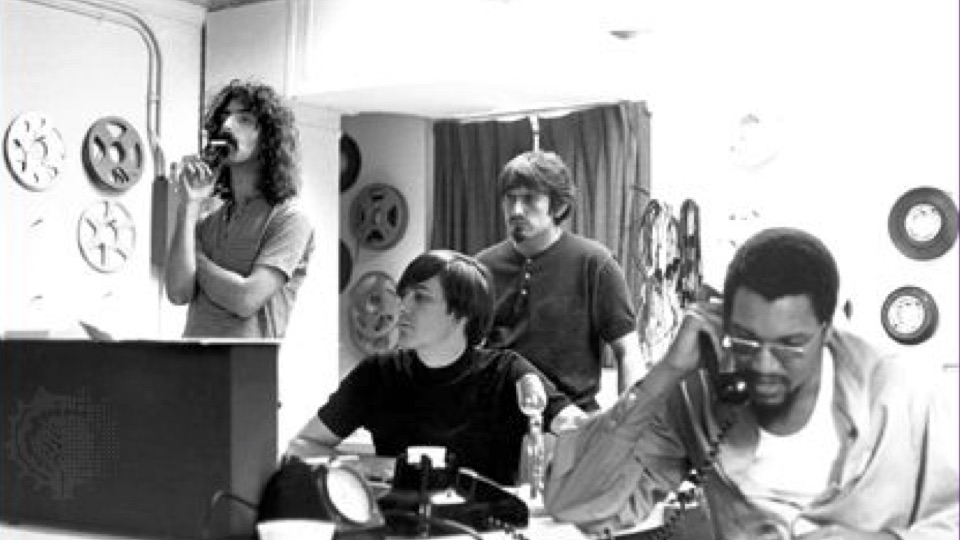 If there were “Rock Producers” trading cards modeled after baseball cards, Tom Wilson’s card would be filled with eye-popping facts and reveal that for a number of years, he was an M.V.P. — Most Valuable Producer. Regrettably, Mr. Wilson was a rarity in his field by simply being himself: a black man producing rock ‘n’ roll by mostly white artists.

In his way too short life, Mr. Wilson produced monster hits (Dylan’s “Like a Rolling Stone,” and the Animals’ “Don’t Bring Me Down”) and arguably the most legendary records in rock. These included the debut albums of Frank Zappa and the Mothers of Invention, the Velvet Underground, Nico, and Simon and Garfunkel.

In fact, without Wilson’s ingenuity, there might never have been a “S&G.” The frustrated duo’s “3AM, Wednesday Morning” album had flopped. Garfunkel was enrolled at Columbia University and Simon had moved to London when without their knowledge, Wilson turned the acoustic version of their “Sounds of Silence” into an electric guitar fused masterpiece. Simon was performing in small clubs in Denmark when he picked up the latest copy of Billboard magazine and was stunned to see that Wilson had given him and Art a hit and a real career.

One of his first Columbian jobs was to produce the second album of a rather new folkie on the scene named Bob Dylan. It grew into a fruitful collaboration that produced The Times They Are a-Changin’, Another Side of Bob Dylan and Bringing It All Back Home albums. The latter album aurally announced that Dylan had “gone electric;” assisted by Spike Lee’s father, Bill, playing bass on “Subterranean Homesick Blues.” Wilson immodestly took credit for electrifying Dylan, noting, “It came from me;” to which the singer admitted, “He did to a certain extent. That is true. He did. He had a sound in mind.”

Wilson even made a “cameo appearance” on the Bringing it Back Home album. At the beginning of, “Bob Dylan’s 115th Dream,” Dylan Wilson laughs. Wilson stops chortling long enough to say, “Wait a minute now. Okay, take two.”

In the mid to late 1960s, Wilson became the go-to producer a number of bands were going to only to discover that their producer wasn’t that interested in pursuing the right sound for a band, but the right woman for himself. Frank Zappa noted:

“Tom Wilson was a great guy. He had a fascinating ability to read The Wall Street Journal have a blonde sitting on his lap and tell the engineer to add more compression to the vocal all at the same time. But by the time we started working on our third album, he was not talking to the engineer as much and talking to the blonde a little bit more.” John Cale of the Velvet Underground concurred: “Tom Wilson had this parade of beautiful girls coming through all the time. Lou (Reed) didn’t think Tom was paying attention. He was having visitors in the back room.” A peeved Dylan, who grew tired of seeing Wilson making calls during sessions, remarked to a friend: “If we go in and he’s on the phone, he’s out of here.” Indeed, after producing “Like a Rolling Stone,” Tom was out of the Highway 61 LP producing job and replaced by Bob Johnston.

And what’s a cliché fall-from-grace rock ‘n’ roll story without whispers of drug use; as a September 27, 1968 cover story of Wilson in the New York Times Magazine hinted: “The pressures of the profession evidently lead him to seek diversion in a number of unorthodox ways.” Wilson angrily wrote back to the Times, strongly denying that he was a drug dabbler.

A fed-up Wilson took a break from producing pampered pop stars to co-write a R&B opera in 1976 called “Mind Flyers of Gondwana.” It was to star Johnny Nash, Gladys Knight, Gil Scott-Heron, and the Righteous Brothers. But it never attracted enough money men. That same year, Wilson, who was afflicted with Marfan syndrome, suffered a heart attack. Two years later, a second rupture silenced the producer at the age of 47. Dylan attended his memorial service and watched his groundbreaking mentor laid to rest in Waco, Texas under a gravestone that states that Wilson died three years earlier–in 1975.

Photo: Tom Wilson with Frank Zappa and members of Mothers of Invention (via Wikipedia)