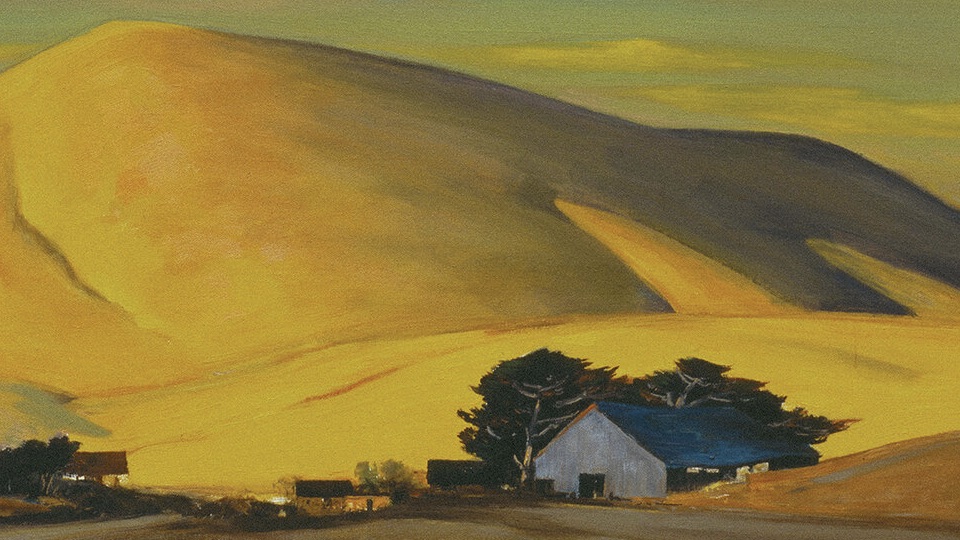 In an age of infinite options and instant gratification, it’s especially rewarding when your favorite albums retain their luster through the decades. Listening with fresh ears to 1995’s Orange Crate Art by Brian Wilson and Van Dyke Parks, this writer feels the familiar warmth of reconnecting with a cherished old friend. This impeccably crafted song cycle, featuring Parks’ stellar orchestrations and Wilson’s trademark vocal harmonies, marked their first major collaboration since the ill-fated SMiLE project over 25 years prior. A further quarter-century on OCA still radiates golden California sunshine and evokes the serenity, peace, and potential of the wide-open western plains. Omnivore Recordings’ 25th anniversary expanded re-release of Orange Crate Art is not only a treat for devotees of this oft-overlooked gem of an LP, but it also opened the door to a fanboy moment with one of its creators. (Read on, reader!)

It was in the sun-drenched, fertile ground of the mid-1960s California music scene that these two American musical icons first met, when Wilson drafted Parks as lyricist for SMiLE, the highly-anticipated follow up to The Beach Boys’ 1966’s landmark Pet Sounds LP. Their instant artistic alchemy was almost too potent: the pairing of Wilson’s innovative songwriting and Parks’ abstract, poetic imagery of “westward, Ho!” Americana proved too ambitious for the narrow parameters set for (and by) The Beach Boys and caused massive turmoil in and around the band. Famously abandoned by its creators, SMiLE would ultimately be resurrected by Wilson’s superb touring band over three decades later (2004’s Brian Wilson Presents SMiLE is essential listening).

But their shared musical vision of the Golden State briefly stuck its head out of the foxhole in the early 90s, when Parks recruited Wilson as the vocalist for Orange Crate Art. The simplicity and innocence of Wilson’s unmistakable vocal instrument, gloriously multi-tracked to create golden stacks of thick harmonies, is the perfect vehicle to bring this magnificent group of Parks’ compositions to life. A sweet sense of longing and nostalgia permeates Parks’ rich lyrical poetry, with tales of young love (“My Jeanine”), humble homemaking (“Wings of A Dove,” “Hold Back Time”) and wanderlust (“Sail Away”) told through a uniquely Californian lens. Parks’ supernatural arranging gifts shine throughout as well, with lush orchestrations that are warm and sweet as a Pacific mountain breeze.

Omnivore’s expanded edition of OCA features a second disc of the instrumental tracks without the vocals (a revelation, as the absence of Wilson’s vocals uncover beautiful intricacies in Parks’ arrangements), as well as some sweet “extra oranges” including a stunning rendition of George Gershwin’s “Rhapsody In Blue” featuring Wilson’s patented, rich multi-tracked harmonies.

The dream of Orange Crate Art has enchanted me since its initial release in 1995, and the moment the deluxe reissue was announced I pre-ordered it without hesitation. And then a funny thing happened: I had the opportunity to interview Mr. Parks himself, for a book I’m writing about a separate, unrelated musical topic. The legendary musician was gracious, witty and insightful during our spirited FaceTime chat, but before we signed off I couldn’t help myself: I congratulated him on the forthcoming reissue of one of my favorite albums, and I asked him about the bold creative choice of deploying Brian Wilson solely as a vocalist. He was at once straightforward and idealistic:

“Well, I’ll tell ya. My people are Floridians; the first oranges I got were from Florida, and I know how Floridians pronounce it. But I’m in California…when I told Lenny Waronker, the head of Warner Brothers, that I want to put Brian on this, I said ‘He’s the only guy I know who could absolutely, definitely, pronounce ORANGE.’  Of course, absolutely, the man is (also) totemic of Southern California. So with that, and it’s no joke, that little ‘ha ha, nudge wink’ is all he needed.”

It was a startling and inspiring answer: for musicians like Van Dyke Parks, the work itself is not only its own reward, but it can serve as an opportunity to reconnect with kindred creative spirits. “My sincere, urgent wish to get Brian out of bed and me out of bed: that’s why I did it. A lot of blood on the tracks…his and mine, gotta tell ya. I would do just enough on the synthesizers to demonstrate the tune to him, to see if it’s the right key, the right tempo, does he like the lyrics. Then I would take that digital stuff to 24 (tracks) with the string sections and so forth, and the world was analog from that point on. Yeah…it was fun! Lotta work, lotta hard work.”

Mr. Parks’ swift and concise summation of the Orange Crate Art workflow resonated with me for a while after we spoke. This music has captured my imagination for a quarter-century, yet it seemingly emerged from the most ordinary set of circumstances! It was a great lesson about the essence of music and creativity: a word, a phone call, and a “lotta hard work” can result in something much greater than any album, song or arrangement, something that has the power to bring joy and magic that transcends time and offers a glimpse of the infinity of the human spirit. My conversation with Mr. Parks has not only since enhanced my enjoyment of Orange Crate Art, but it was a thrill to learn that his singular muse is as active as ever, even in the midst of a worldwide pandemic and quarantine. “You know,” he said, “just about all we can do right now is take joy in doing it. That’s what I’m doing, and I’m having a great time. I’m strangely optimistic.”

Image from the cover of “Orange Crate Art”