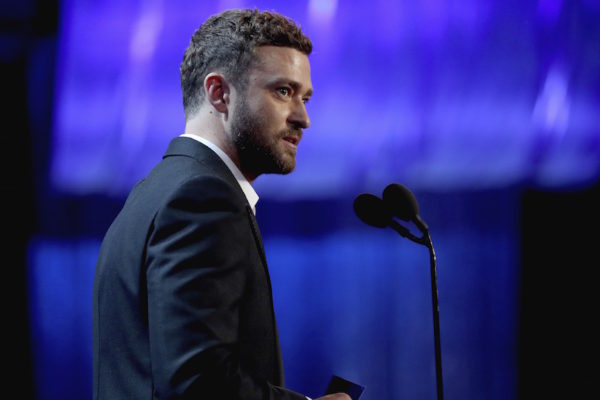 Putting labels on music can be tricky, the term “blue-eyed soul” being a prime example. Some artists feel the term reeks of appropriation; others, over-segmentation. But at its best, “blue-eyed soul” reflects pop music’s continuing ability to absorb influences from other cultures and build bridges between them, too. (Consider the history of jazz!) The phrase first popped up in the 1960s as white musicians performing in an R&B style — the Righteous Brothers, the Young Rascals, Mitch Ryder, etc. — started receiving crossover play on black radio stations even as black artists like Aretha Franklin and James Brown were crossing over in the other direction.

The late Wayne Cochran perhaps said it best in a 2011 Miami Herald interview: “I never heard ‘race’ in the music. It was just music that spoke to me. It moved me.” But as the frontman and leader of the C.C. Riders, Cochran surely knew the culture too. Whether singing the teen ballad “Last Kiss” or his signature tune “Goin’ Back to Miami,” The White Knight of Soul was famous for powerhouse performances, outrageous stage costumes, and a platinum pompadour – all of which more than nodded to James Brown and Little Richard. Yet if R&B’s lineage can be traced back to the church, in Cochran’s case the reverse proved equally true: in the early ’70s, the singer-songwriter retired to devote himself to being a minister in his home state of Florida.

Focusing strictly on the USA, probably the most successful act from blue-eyed soul’s earliest days would be the Righteous Brothers which found Bill Medley’s rich baritone and Bobby Hatfield’s fine falsetto perfectly complementing each other.  Examples include “Soul & Inspiration” (1966) and “You’ve Lost That Lovin’ Feelin’” (1965), the Phil Spector-produced smash that reads like a proto-power-ballad.

Yet they were hardly alone. Mitch Ryder and the Detroit Wheels hit it big with raucous Bob Crewe productions of “Jenny Take A Ride” (1965) and “Sock It To Me, Baby!” (1968) while The Soul Survivors had a Top Ten hit with the funky “Expressway to Your Heart” (1967), the first production of Gamble and Huff, the architects of the Philly Sound. And, Rare Earth had a string of hits on the Motown label including covers of The Temptations’ “(I Know) I’m Losing You” (1970) and “Get Ready” (1971).

And then there were The Rascals who started out covering soul standards in uptown Manhattan clubs then went on to compose their own hits like “Groovin.”  In the spring of 1968, they appeared at the Soul Together Concert at Madison Square Garden, second-billed only to Aretha Franklin, at a show that featured the likes of Sam and Dave, Joe Tex, and Sonny & Cher. Later that summer “People Got to Be Free,” their anthem for the Civil Rights Movement, climbed to number one (and provided some healing to a nation still reeling from the Martin Luther King Jr. and Robert Kennedy assassinations).

The ‘70 showed no signs of the genre slowing down with singers like Michael McDonald, Rod Stewart, Bobby Caldwell, and Gino Vannelli each making indelible marks although perhaps none more so quintessentially than Boz Scaggs whose LP Silk Degrees went five times platinum, helped by the lush brand of soul reflected in the album’s breakout track “Lowdown.”

Yet even acknowledging Scaggs’ mega-smash record, blue-eyed soul hit even higher heights with Hall & Oates — ironic when you consider Daryl Hall hates the term which he claims brands him as an outsider. In his defense, Hall’s “street cred” is indisputable. His career began with collaborations with Gamble and Huff. And the early ‘70s classic “She’s Gone” got a boost when it was covered by Tavares, the black group best known for their work on the Saturday Night Fever soundtrack. By the 1980s, the blue-eyed-soul duo became one of radio’s biggest sensations with “Maneater,” “Out of Touch,” and “I Can’t Go for That (No Can Do) ” — the last of which bears the rare distinction of being number one on both Billboard’s Hot 100 and its R&B charts.

That level of success is hard to match yet many have tried. Mayer Hawthorne’s rich mix of soul and pop on his debut album A Strange Arrangement (2009) definitely harkened to some soulful roots while his contemporary Allen Stone has a pitch-perfect falsetto that’s clearly indebted to Stevie Wonder’s Innervisions and Marvin Gaye’s What’s Goin’ On. In truth, though, those carrying the torch of blue-eyed soul stateside have an unexpected shared foundation, and with all due respect to Elliott Yamin and Clark Beckham, it’s not American Idol or Canada (Sorry, Robin Thicke). It’s The Mickey Mouse Club. That’s right. Both Justin Timberlake and Christina Aguilera, those Mickey alums, have displayed considerable finesse as practitioners of the genre of blue-eyed soul. Timberlake’s solo debut Justified (produced by Pharrell Williams) includes several soulful ballads including “Señorita” and “Never Again,” while Aguilera’s unforgettable version of “It’s a Man’s World” showcased music’s fluidity when it comes to gender as well as race.

Aguilera may seem an odd addition since, as you may have gathered, blue-eyed soul is a term so often associated with men. But there are plenty of exceptions to this rule. Chris Clark (“Do Right Baby Do Right”), Linda Lyndell (“What a Man”) and especially Teena Marie — a.k.a. the Ivory Queen of Soul — whose career evolved differently than her male counterparts because her songs consistently ended up having more appeal on R&B than pop charts. Her first few albums were released on Motown including Wild and Peaceful, produced with Rick James. A few years later, she won a legal battle allowing her to sign with Epic Records where she unleashed a string of successes, including the 1984 crossover hit, “Lover Girl.” In truth, the Brits may have had more female artists comfortably crossing that cultural divide: Dusty Springfield, Joss Stone, Adele, Amy Winehouse…

But more on that later…

-PS. Jesus rocked the jukebox with these songs…and here’s our list of Hall and Oates songs that should’ve been singles.