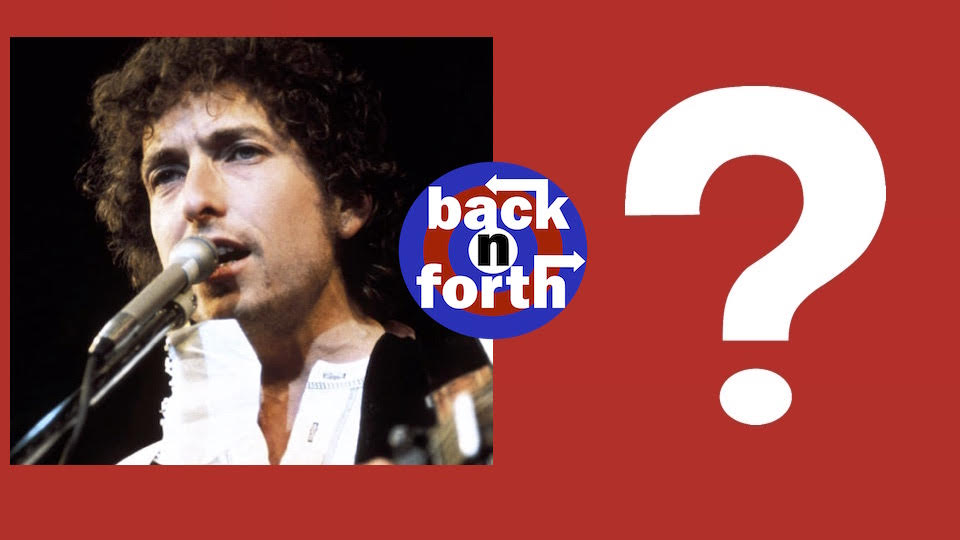 Safe to say that they kinda broke the mold when Robert Zimmerman of Hibbing, Minnesota changed into “Bob Dylan,” the hero of the 60s folk music scene in New York City. From those days forward, he was (and remains) the constant pin-prick of our collective social conscience, making us aware of (as Marvin Gaye would sing) “what’s going on.”

His first album (in 1962) only sold 5,000 copies. But Dylan’s clear-eyed view of what was happening in the world soon made him the avatar of a young generation demanding honesty. The famed black and white video of “Subterranean Homesick Blues” was a game-changer; his decision to “go electric” at the 1965 Newport Folk Festival blew people’s minds and generated some blowback. Did he care? In a word, “No.”

Bod Dylan has always gone his own way. Is there an artist around now who is carving out a similarly independent path? Allison Rapp has a thought about that. Check out the latest of our series “Back n Forth,” then weigh in.

0 comments on “Bob Dylan — Is There Another “Bob” Coming Up?”