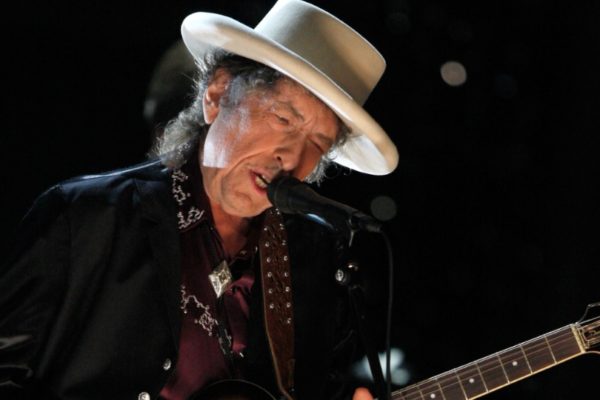 Bob Dylan’s new three disc collection, Triplicate, is shockingly beautiful, and differs greatly from the previous entries in his series of cover albums. It is worth checking out even if you were not taken by his recent forays into jazz standard territory, especially if you found those albums too casual in their approach. Because the truth is Triplicate is anything but casual. The project is divided into three ten song sets, each with its own title and sense of theme. The reach and diversity of the songs alone expresses a deep commitment to revealing the beauty of pre-rock pop songwriting.

If you simply hate the rasp of Dylan’s voice these days, nothing about this exquisite album will matter to you. If you are one of those who find it drenched in world weary character and wit, with a unique touch for the right phrase rhythm — in short, if you like anything he’s done since about 1997, this ambitious effort should be in your collection.

From the first track, the 1929 Schwartz/Dietz number “I Guess I’ll Have to Change My Plans,” the level of care and detail in the arrangements and the engineering is stunning. All the parts, Donnie Herron’s pedal steel and Dylan’s voice in particular, are captured with riveting warmth and intimacy. And frankly the opener seems to be the least planned track — of the album it sounds the most like recent Never Ending Tour shows.

The second track, “September of My Years” (written for Sinatra in 1965 by Jimmy Van Heusen and Sammy Cahn), reveals a bit more of Dylan’s ambition here. It’s a striking and highly exposed arrangement making heavy use of low strings recorded close in. There just isn’t much in Dylan’s previous output that shows this degree of concern for each note and gesture of the instrumental track. I can’t know, but I strongly sense, that Dylan is appreciating and exploring both the best of 1950s “chamber jazz,” and the gorgeous turn-of-the-60s recordings of Doris Day and Nat King Cole and Sinatra.

There are simply too many tracks (30) and too many amazing and musically gratifying choices on Triplicate to discuss in this piece. I expect to be unpacking it for months to come.

If you have to choose one song to sample in deciding whether this album is for you, I suggest “The Best Is Yet to Come,” the 6th song on part 2 (“Devil Dolls”). It’s fun, immaculately arranged, Dylan brings swagger and a confidently relaxed feel, and perhaps most easily evokes the winky joy of the finest late pop swing recordings.

Dylan has followed his own muse for more than 55 years. Now he’s lifting up the work of his predecessors in a beautiful and loving way, and anyone who enjoys and cares about the legacy of what some call The Great American Songbook ought to be interested in what he’s doing on Triplicate.

PS. While we’re talking Bob Dylan, you may also enjoy our posts on his voice and his time with The Traveling Wilburys.