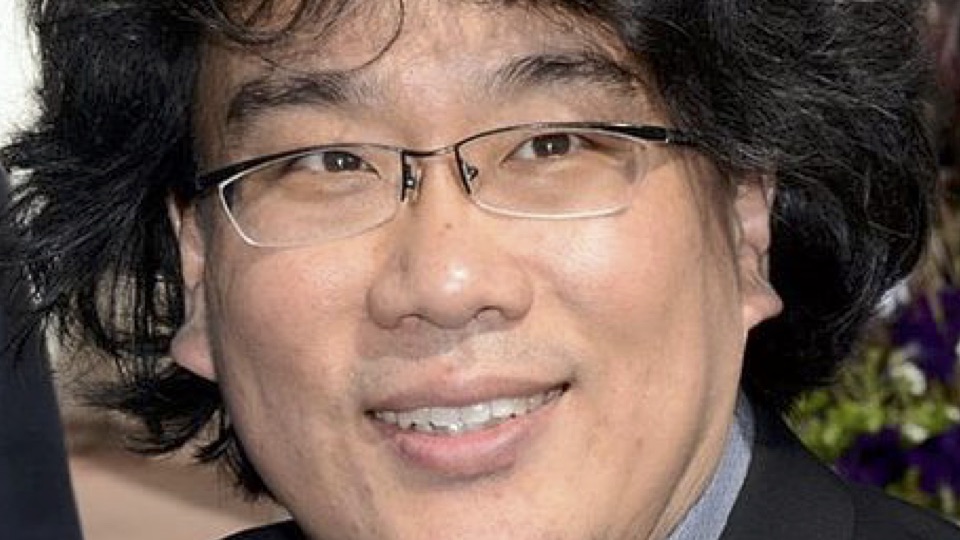 It’s been a tremendous year for Bong Joon-ho. His Parasite has proved the first South Korean film nominated for an Oscar, the batty two-hour comedy has also rounded up nominations for directing, original screenplay, editing, production design, and international feature. It’s proved a hit beyond the art-house contingent, amassing an impressive $25 million domestically. The Guardian put it at the number one spot of their 50 best films of 2019 in the US list. The Irish Times’ critic Donald Clarke was similarly blown away by the production, describing it at the Cannes Festival: ‘” the near-perfection of this competition entry still takes the breath away.”

It’s Bong’s most popular film, but his 2013 release Snowpiercer showed how powerfully he could direct in English. The film starred the indomitable John Hurt as Gilliam (fitting for a film that many critics regarded as a spiritual successor to the esoteric Brazil), who held his director in high stead. “He is quite different,” the late Hurt admitted, “but technically, he is as clever as Hitchcock. That’s saying something. … He is one of the best directors I’ve worked with. I absolutely adore working with him.”

Snowpiercer takes place over a snowy train track, with Chris Evans leading the members of a revolution to tackle the elite that enjoys all the comforts from the front of the train. Based on Le Transperceneige, a weathered graphic novel, Snowpiercer sits with The Dark Knight and Watchmen as one of the more interesting comic adaptations. “When I first came across Transperceneige,” the director recalled, “the first thing that grabbed my attention was the unique cinematic space of a train. Hundreds of metal pieces moving like a snake carrying people squirming inside gripped my heart.”

The train set might capture his creative muse, but it is his mother tongue that proves his strongest outlet. Memories of Murder, a South Korean crime drama, described the ominous, continuous savagery that raided the Korean history books. Director Quentin Tarantino thought the 2003 epic one of his Top 20 favorite movies since 1992.

Elsewhere, his list included The Host, Bong Joon-ho’s monster flick. A challenging film both in style and schedule, the project was limited in budget yet it’s a visually arresting work and in this writer’s mind, Bong Joon-ho’s most impressive.

Which makes Parasite’s victory that much better earned. The story of a class divide, the film explores one family’s uncommon interest in a wealth that belongs to another. There’s something deliciously Shakespearian at play in this piece, as lucidly comic in dialogue as it is insidious in tone. Bong Joon-ho is credited with the screenplay and is rumored to be working on a televised adaptation with Anchorman director Adam Mckay. The film won the Palme d’Or at the 2019 Cannes Film Festival. It also created a buzz at the Golden Globes, winning Best Director and Best Screenplay, before taking Best Foreign Language Film.

Taking the opportunity to point to translator Sharon Choi, Bong Joon-ho reminded viewers that they could appreciate a wealth of great art once they overcame the one-inch-tall barrier of subtitles. Since 2015, the Academy has celebrated three brilliant Mexican directors (Alejandro G. Iñárritu, Alfonso Cuarón, and Guillermo Del Toro). It’s time to see a South Korean director walk away with the Oscar!

0 comments on “Bong Joon-ho: From South Korea to Hollywood”