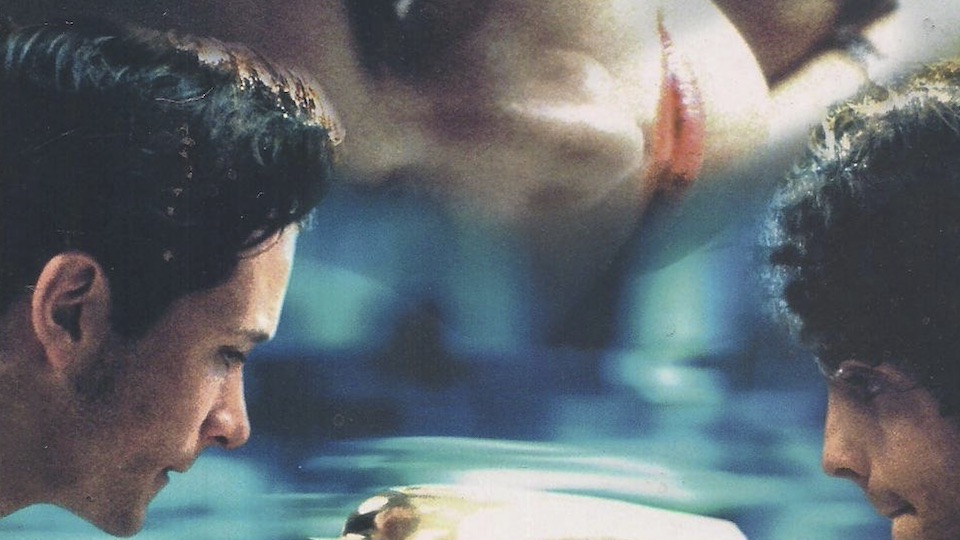 “Once you overcome the one-inch tall barrier of subtitles, you will be introduced to so many more amazing films.”

That’s what Parasite’s director Bong Joon-ho said when recently awarded the Golden Globe for Best Foreign Film. It wasn’t just an amazing way to accept his achievement but good advice for anyone willing to look beyond their own language and discover captivating movies from all corners of the world. With that in mind, we’d like to introduce you to six world cinema films that are very much worth your time. There are no specific criteria, except going beyond obvious choices (classics like Cinema Paradiso or famous movies like Amelie). In any case, our list of world cinema movies includes stories for all tastes.

Part tragedy, part comedy, this is a moving story of a mother dedicated to the Socialist dream just before the Berlin Wall crumbles. With that ends the Communist system in Europe. Once she wakes up, her family now has a new mission, pretending that nothing has changed because such a surprise could compromise her health and put her life at risk.

It’s not an easy film to stomach. There’s a constant sensation of struggle, and no matter what the characters do, they find themselves in unwinnable situations. And yet, the extent of what a family is willing to do is heartwarming. It may make you feel blue, but more importantly, it will make you think about the fear of change and how we approach it (or try to get away from it).

With Parasite competing in some of the biggest categories of awards season, maybe you’re tempted to explore more of what South Korea has to offer. If you’re into action and horror, Yeong San-ho’s movie, which could be described as Die Hard on a train with zombies will reward you with the plenty of excitement.

Currently, the film is being optioned for not just one, but two remakes, one for the US and the other for France. That’s powerful proof of the quality of this piece of work.

When it comes to Mexican cinema, it’s hard not to talk about filmmakers like Del Toro or Iñarritú. But while they might (understandably) capture most of the spotlight, that doesn’t mean there are no more voices to be heard. Por La Libre (known as Dust To Dust in some international markets) might not be as flashy or dramatic as other films coming from south of the border, but it’s a simple yet effective premise: two rival cousins (sharing the name of “Rodrigo Carnicero”) set out on a trip to comply with the last will of their grandfather (also named “Rodrigo Carnicero”): to have his ashes thrown into the sea at dawn on the coast of Acapulco.

It also can be considered, oddly enough, as somewhat of an “ancestor” to the more successful  Y Tu Mamá También, by Alfonso Cuarón. So, you can increase your hipster cred by taking a look.

This Asian country is a powerhouse in animation, and on the subject of feature films, they have been kicking some serious ass in the last couple of years with dramatic, introspective and romantic titles like Ride Your Wave, A Silent Voice, and The Wind Rises.

However, if you have to pick one to begin your journey through Japan’s animated film industry, you won’t go wrong with Makoto Shinkai’s film. It’s become a huge phenomenon in both its home country as well as overseas.

Essentially, it’s a love story told through the classic “Freaky Friday” plot device, where a boy and girl exchange bodies and discover more of the other as they navigate each other’s lives. Add to the mix a twist about life and death, and you’ll be in front of something not often seen in Western cinema. There’s currently talk about a remake from JJ Abrams, but for now, the original is more than enough.

In an almost complete opposite style from the above is the story of a young girl, Marjane, growing up in Iran through the last years of the Shah and the beginning of the Islamic Revolution.  Through her perspective, we see the changes in political, societal, civil, religious and women’s rights, transformations that demonstrate some of the most tragically real words in pop culture: “Meet the new boss, same as the old boss.” Change for change’s sake doesn’t always produce the best outcomes. This film is a bittersweet tale of enduring what seems like the collapse of your world, and how big the stories of “small” people can get.

This could be the movie that breaks the stereotype that European “artsy” films are stiff and boring. Right here, there’s a charming comedy about a man, Andrey, once Russian’s greatest maestro and director of the Bolshoi orchestra. Ever since his glory days, he’s fallen from grace to the point of working as a janitor at the theater he once used to rule. When he accidentally intercepts a message for a French production company asking for the services of the Bolshoi, he devises a plan to bring his former colleagues and friends together (most of whom found themselves in a similar situation as Andrey) for one more concert in Paris, all the while trying to keep their cover.

Absurd, but charming, this is one of the best comedies of its kind. It makes you laugh for most of the movie while preparing you for the emotional gut-punch that moves you to points of ecstasy and joy.