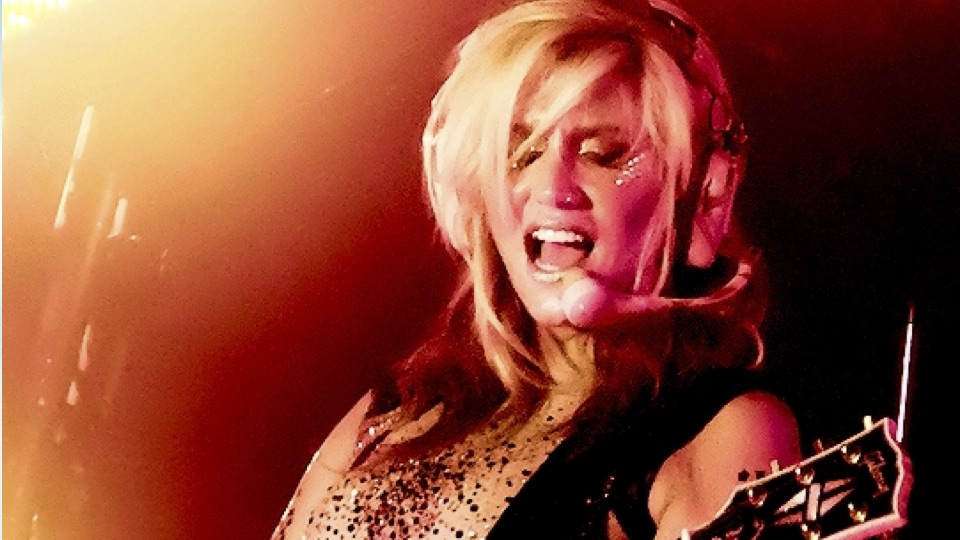 In the 2010s, there was perhaps no pop music artist quite as polarizing as Kesha (no more “Ke$ha,” she’s since dropped the dollar sign). At the time, she was a pretty big deal: “TiK ToK” was #1 for nine weeks, “Your Love is My Drug” and “Blah Blah Blah” were in consistent radio rotation, and her glitter-infused aesthetic felt like part of our national identity. It was pretty hard to escape her tunes, whether just listening on your way to work or walking through the mall.

For all the radio play, lots of people wanted to make it known that they were too smart to enjoy her music. Some downright hated her. But still, there were plenty who loved the hooks, yet were too afraid to admit that they danced along to her songs when no one was looking. Her “guilty pleasure” status was intense.

This was 2010, a time pretty different than now in terms of pop culture. After 2012’s Warrior, Kesha largely disappeared from the public eye. While pop moved on, Kesha was busy fighting her own battles. In 2014, she entered into a legal fight with Dr. Luke, a producer who she was contractually obligated to release an album for. She claimed that he had been abusing and raping her; he claimed that she was just lying to get out of her contract. A judge dismissed all the charges against Dr. Luke in 2016. (Editor’s note: last week, a judge ruled that some of her texts to fellow artists about Dr. Luke were “defamatory” and ordered her to pay him nearly $380K. After this painful verdict for the artist, the #FreeKesha hashtag immediately began trending.)

During this time, her musical style was drastically changing, culminating in 2017’s Rainbow. The record dropped the bouncy, hyper sounds of the previous two and instead showed a different side of Kesha that reflected what she’d been going through. The sounds ranged from punk bangers to piano ballads. The centerpiece “Praying” found Kesha praying for a certain someone (probably someone whose professional name begins with “Dr.”) to find inner peace with a backing of piano, choral vocals, and strings. It’s a heart-stopping song, one of several on a very excellent record. It was thrilling to see a completely new side to an artist formerly touted as one-dimensional.

But, there is more to Kesha’s story than first making silly music, then having life troubles and finally crafting more serious tunes. On “Bastards,” the first song off Rainbow, she notes that she’s “been underestimated [her] entire life,” something that’s absolutely true. The consensus on Kesha back in the 2010s was that she was a mindless, partying bimbo; but could it be that we were turning our noses up on some fun, silly and thoughtful campy writing?

There’s a reason Kesha’s music was such a big deal in the early part of the last decade: it was damn good. Musically, the early tracks are absolutely unapologetic, and why shouldn’t they be? Pop is about celebrating life, not reining it in. The bubbling electronics and determined sugariness of her songs were obviously amped up to “11”, but there’s nothing wrong with that. Think glam metal, think B-52s; if you’re gonna do pop, do it big, right?

Everything wasn’t always simple with Kesha. Lyrically, she had much more to offer. “Stephen” is a self-aware story of obsessive love; “Dinosaur” is a hilarious tirade against old men who prey on young girls; “Cannibal” is chock-full of funny, campy murder references that recall glam metal. Even the songs that seem simple are far more calculated than they appear. The “I like your beard” line from “Your Love is My Drug” is one that’s often mocked, but in reality, it’s just clever writing. Little, unexpected moments like that are what really stand out in more formulaic styles like pop. Anyone who’s ever heard “Your Love is My Drug” hasn’t forgotten that line, and that’s the exact point.

With all this said, Kesha’s most genius lyrics are still the ones about partying. On the title track of Warrior, partying is raised from hedonism to righteousness. Partying is a “revolution” that “breaks the doors down” for the misfits, bad kids, and degenerates. There are daggers and machine guns. The whole thing feels palpably dangerous and creates a tangible “us-versus-them” dynamic that’s actually really refreshing in pop music. Elsewhere, on “C’Mon,” simple lyrics like “I don’t wanna go to sleep / I wanna stay up all night” are transformed into a mantra with weight behind it.

The lyrics don’t matter a lot when her hooks are so good, but upon closer inspection, they show a much more careful, discerning person. In short: she always knew what she was doing. Even now, people are still copying the Kesha blueprint: Ariana Grande’s “break up with your girlfriend, I’m bored” feels like a clear nod to the bratty, tongues-out persona Kesha developed. What we didn’t want to admit then was that it was fun, infectious, and amplified escapism that was thrilling in its directness.

Since her first two albums, Kesha’s journey has been one of struggle, redefining herself and toppling expectations. As she preps a new album in 2020, let’s not forget how she began: pop music that was both outrageous and subtle, and that is still damn fun.

Photo: Kesha in 2011 via Wikimedia Commons

0 comments on “In Defense of Kesha”