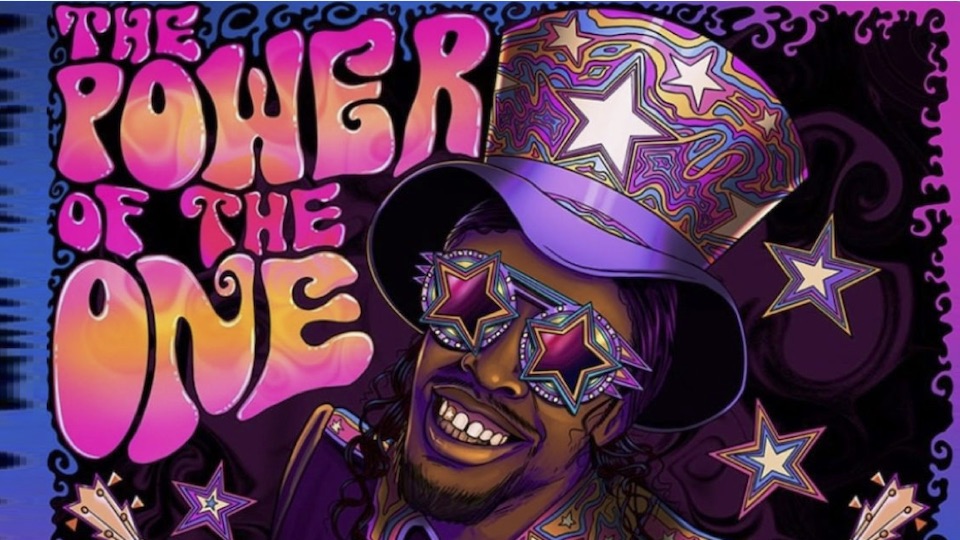 “If you don’t know where THE ONE is at, then, you’re everywhere. It’s like speaking in tongues. Those who have ears, hear. Those who don’t, get Funked up!”

Going back to the 1997 release, Fresh Outta P University, Bootsy Collins has pursued collaborations with a bevy of artists old and new. It was something he wasn’t able to do during the heyday of Parliament-Funkadelic and his own Bootsy’s Rubber Band. Such is the case with his brand new release, The Power Of The One.

George Benson, Snoop Dogg, guitar prodigies Brandon Niederauer and Christone “Kingfish” Ingram, bassist Larry Graham, and philosopher Cornel West are some of the many luminaries that lend their talents towards Bootsy’s latest project. The Power Of The One is dedicated to longtime P-Funk studio engineer Jim Vitti, who passed away in April of 2020.

The Power Of The One

Related: “Bootsy Collins and ‘My Mind Set Me Free'”

Bela Fleck, bassist Victor Wooten, and political activist Cornel West (a Funkateer from way down yonder) accompany Bootsy on a journey into the realm of social awareness and its return trip back to the One.

The Power Of The One has defined the journey of William Bootsy Collins from the back alleys of Cincinnati, Ohio, to the Apollo Theater backing James Brown, to the cosmic P-Funk Mothership piloted by George “Dr. Funkenstein” Clinton, to his own Bootsy’s Rubber Band and beyond. “The One” has already taught us that the destination isn’t as rewarding as the journey itself!