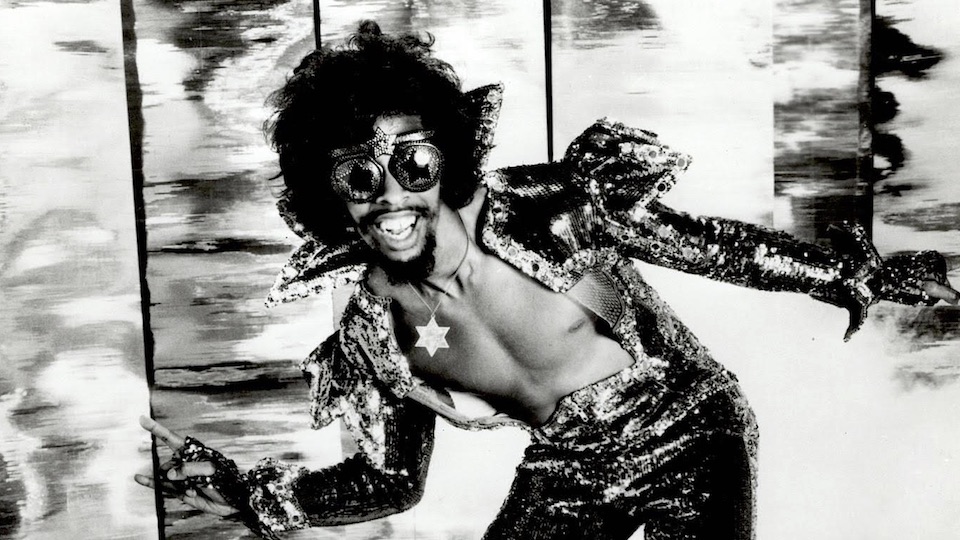 WARNING: The Surgeon General Has Determined That Listening to This Album May Cause High Butt Pleasures.

Beginning in November of 1978 with the release of Parliament’s Motor Booty Affair, the P-Funk Universe made the glorious “gluteus maximus” the focus of a number of albums in the following year. Parlet’s Invasion Of The Booty Snatchers ushers in the “toast to the booty” in 1979. Next in line for a proper tribute was Bootsy’s Rubber Band in the form of the fourth release on Warner Bros. Records entitled This Boot Is Made For Fonk-N (a take-off on the popular 1966 hit by Nancy Sinatra called “These Boots Are Made For Walkin’”).

Released on June 1, 1979, This Boot was more conceptual than its predecessors and slightly less successful commercially, due to the fact that there was no extensive tour, coupled with a somewhat chilly reception from R&B/Soul radio. Regardless of these factors, die-hard Funkateers would send This Boot to Number 9 on the Billboard R&B album chart. Producer chores would again be handled by Bootsy (under the name “Starr-Mon”) and George Clinton (under the appropriate title of “Dr. Funkenstein”), with the Rubber Band and various members of P-Funk lending instrumental and vocal reinforcement.

UNDER THE INFLUENCE OF A GROOVE

One of the last P-Funk compositions penned by the triangular crossfire of Funk (Clinton, Collins and P-Funk keyboardist Bernie Worrell), the album’s opening track displays the influence of Sly and the Family Stone in terms of the “front ground vocals”, handled by Gary “Mudd Bone” Cooper and Robert “P-Nut” Johnson. The infectious rhythm track commands you to groove while you’re working up a sweat. But is it wet yet?

With spirited vocals from Bootsy, Mudd Bone and P-Nut, another extremely strange and thoroughly appealing ballad closes out side one. Co-written by Clinton, Collins, Cooper and longtime R&B/Soul luminary Ron Dunbar.

The first single released from the album proved to be way too progressive for a record-buying public still under the spell of disco (which would meet its demise by summer’s end). Sporting the chant “Burnin’ down the house” (later appropriated by the Talking Heads), Bootsy informs “Junior” and “Micky” that time is up for them to be cool since he’s one wild and crazy guy (just like that guy Steve Martin). Proving once again that no one burns down the house better than Bootsy.

In what might be the only Funk jam made by a bassist in tribute to another bassist (in this case, newly recruited P-Funk bassist Jeff Bunn), this particular scorcher, complete with duck and exhaust sounds, reconfigures the chant used in the 1976 Parliament hit “Tear The Roof Off The Sucker” (a chant later used in P-Funk live shows for at least the next two decades). A voyage to the bottom of the P from which there may not be any return.

“Are you ready for booty do your duty time?”, asks P-Funk saxophonist and part-time MC Maceo Parker. The closing track for This Boot proves to be its most danceable, as it proves to be not your “Howdy Doody” time while avoiding “rump betrayal.” Not to be left out of the equation, George Clinton joins Bootsy for some falsettos that shine in the night. Make no mistake, this is music for the feet and booty too.

So whether your preference is “Wipe Out Music” or “Mouth Music”, Bootsy and his Bun Patrol will prepare you for long term “Silly Seriousness.”

Promo photo of Bootsy Collins courtesy of the author