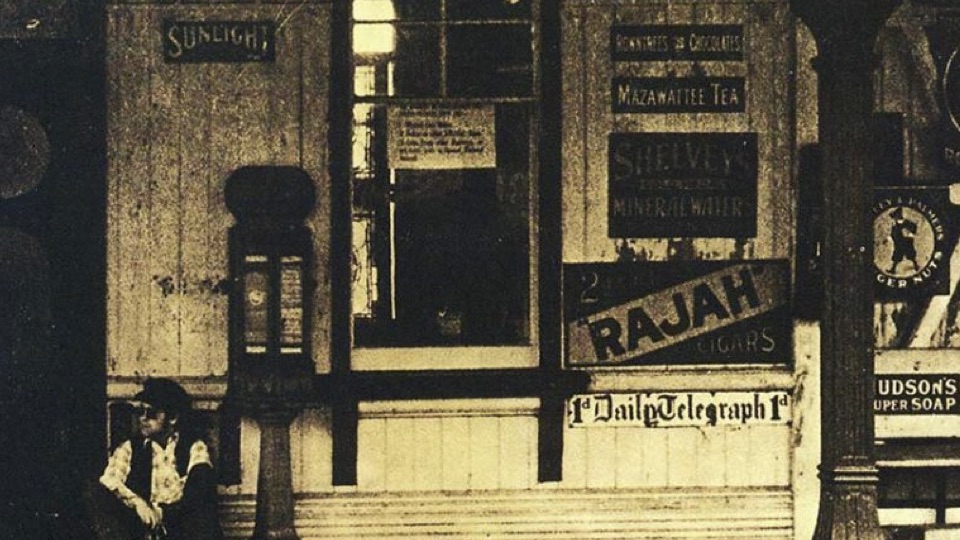 When you think of Americana-styled music from the Classic Rock era, your thoughts may turn to artists like The Band, Gram Parsons, or Little Feat. What about Elton John? Elton and his songwriting partner Bernie Taupin created one of the best records in the genre, the 1970 masterpiece Tumbleweed Connection. I knew Elton’s music from hearing it on the radio, and his Greatest Hits collection was one of the first albums I received as a gift; it was in regular rotation on my turntable. I started backtracking through his catalog to check out his other work, because in the 1970s, hearing an artist’s whole album was the best experience for true aficionados. I devoured both Elton John and Madman Across The Water and loved them both. On my next trip to my local Korvettes (those past a certain age, Google “Korvettes”), I was browsing through the music section when I came across an album with a sepia-toned cover photo of Elton and Bernie hanging out at an old-fashioned-looking train station. I had a feeling this album was something special.

When I got home and listened to Tumbleweed Connection, I was stunned; the record was (and remains) simply amazing. Things kick off with the rambunctious “Ballad of a Well-Known Gun,” a rollicking opener that sets the tone for the album’s concentrated infusion of country-rock. That style continues throughout the disc, on gems like “Son of Your Father” and “My Father’s Gun” which conjure up powerful images of a bygone era. The deeply atmospheric vibe of the record is also on display in the relaxed tone of “Country Comfort” and the undeniably funky “Amoreena.” Elton and Bernie were enamored of the sound of groups like The Band. Bernie, in particular, was fascinated with the Old West and the Civil War era. What grew out of these interests is a colorful musical tapestry, featuring some of the pair’s most striking and effective music and lyrics. The amazing thing about Tumbleweed Connection is that it’s essentially two Brits writing about the American experience of the Old West, and doing so in an evocative and empathetic manner.

The brilliant songs are matched by the essential contributions of the excellent musicians featured on the disc, including Dusty Springfield on backing vocals, guitarist Caleb Quaye, bassist Herbie Flowers, and for the first time on an Elton John release, Dee Murray on bass and Nigel Olsson on drums, playing together on “Amoreena.” Murray and Olsson would go on to both record and tour regularly with Elton, acting as his rhythm section for much of the 1970s. Producer Gus Dudgeon and arranger Paul Buckmaster, who did behind the scenes work on many of Elton’s records throughout the years, provide a rich aural backdrop to the album. Tumbleweed Connection adeptly veers from the reflective, emotion-drenched “Talking Old Soldiers” which features just Elton and his piano, to the epic album closer, “Burn Down The Mission,” on which the kick-ass band brings the curtain down in powerful fashion. It’s no surprise that a knockout performance of that song is one of the highlights of Elton’s live disc, 11-17-70, which is essential listening for those seeking to hear the real power of Elton’s vintage onstage performances.

For me, Tumbleweed Connection is the album where Elton John and Bernie Taupin stood up and made a definitive statement that they weren’t simply purveyors of pop songs but could create incredible music that stands alongside the best that rock and roll has to offer. The talented duo was laying down a gauntlet, and declaring that they were here to stay. This is a record I return to frequently when I want to be rocked, rolled, moved, and uplifted. Serious fans regard the disc as one of Elton’s best, and a true classic. Artists such as Rod Stewart, Sting, Phil Collins, and Miranda Lambert have all covered songs from the album. Elton himself has noted on several occasions that it’s one of his personal favorites, along with Goodbye Yellow Brick Road and Captain Fantastic and the Brown Dirt Cowboy. By the way, that train station featured on the cover photo? It’s actually located in Sussex County in England! So let’s hear it for England’s rock and roll cowboys!