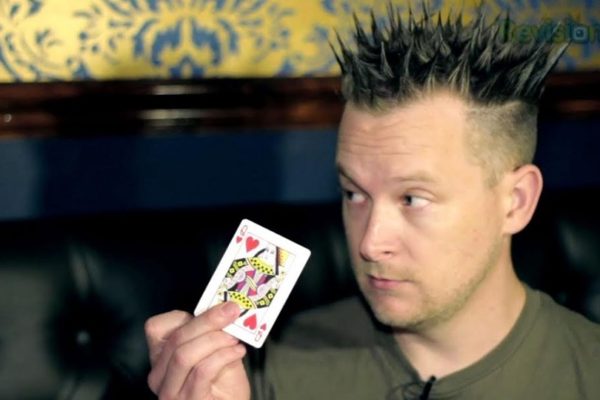 Brian Brushwood wears many hats — comedian, magician, podcast host, author — so it goes to follow that when he decided to take his many talents to YouTube, he wouldn’t come up with one single show. In fact, to date he’s launched well over a dozen web series from his popular magic tricks tutorial Scam School to his latest lineup of zany experiments called The Modern Rogue. With over a million followers on Twitter, clearly he’s doing something right. That he had time to do this interview with CultureSonar strikes us as a miracle. Or maybe it’s magic!

Q: How did Scam School come about and when did you know it was a hit?

A: Back when I was touring full-time, the students would often take me out to eat after the show, and the one thing everyone wanted was a chance to learn some cool tricks to impress their friends. I found myself teaching the same few tricks over and over, and that eventually became Scam School. In fact, you can even see a proto-version of the show before I started pitching it here: “Episode 5: Brian Brushwood on the Road.”

Q: What inspired you to do spin-offs? How many are still active?

A: I knew once Scam School launched that I’d need more than five minutes a week of face-time to build a decent fan-base, so I just started live-streaming as often as I could. A lot of it was garbage, but out of those experiences came Night Attack, Cordkillers, Weird Things, and so much more. These days I do those three podcasts, three posts to the Scam School channel, and a Modern Rogue episode every week.

Q: What’s been the most viral piece of content you’ve created from any of your various shows?

A: I don’t get the credit for it (since everyone in the world ripped it and reposted it), but probably this video: Brian’s Epic Knife Trick Fail.

A: The Modern Rogue is the next big thing for us. It’s only two months old, but it’s where all our creative energy is going!

Q: If a complete stranger wanted to try out one of your shows, where would you direct them towards and why?

A: Probably The Modern Rogue. More people know me for Scam School, but Modern Rogue covers much more universal content and is super-approachable.

Q: How much of live performing is currently a part of your career?

A: I still do live shows once or twice a month. I worry that if I do any less, those skills will atrophy. I’m looking forward to my first big performing arts show in New York in early 2017!

Q: Do you have a favorite social media platform?

A: Twitter. I love the fact that nobody ever expects more than 140 characters in response. I could do this all day.

Q: What do you do when you’re not doing all these various shows and touring? In short, do you ever rest?!

Q: What’s the story behind the spiked hair?

A: This is hard to remember, but there was a time before social media, when you could fly into a town, perform the best show of your career for 1,000+ people, and a month later, not one person could remember your name, let alone what you looked like and what you did. Looking like a video game character was an easy way to keep a “sticky” look.

Photo Credit: Image of Brian Brushwood courtesy of the magician