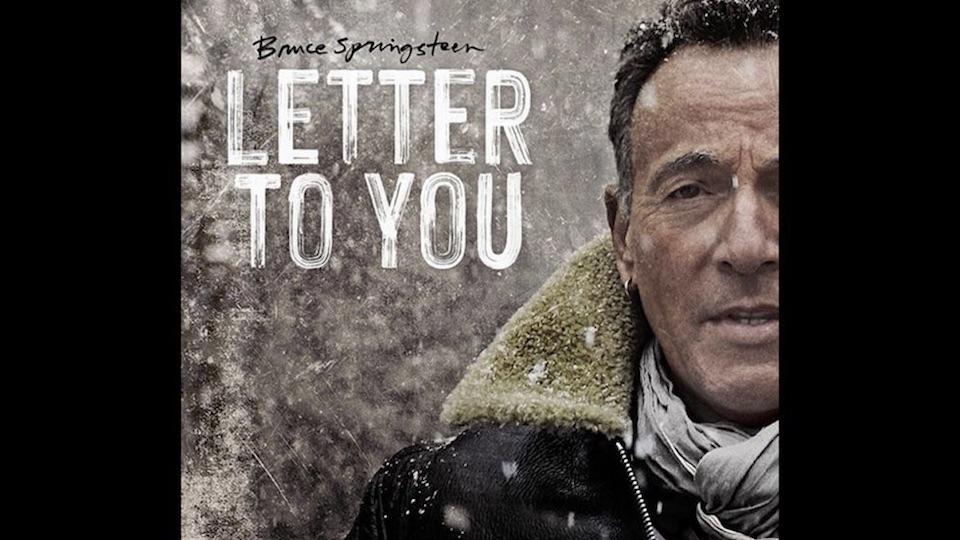 When Bruce Springsteen and his long-time bandmates got together at his home studio in late 2019 to record the songs for the album Letter To You, they had no way of knowing what kind of year 2020 would be. Rather than working from demos, Springsteen previewed the songs for the band in the studio before cutting the tracks, allowing the group to collaborate closely on the music. The band worked at a breakneck pace, finishing the sessions in just five days, with little or no overdubs, playing live to Bruce’s vocals. The result is one the strongest and emotionally resonant albums Bruce has issued in recent years, one that is steeped in the essence of the E Street Band sound. Bruce and the band sound fantastic, displaying a loose and relaxed feeling, a result of their many years performing together.

Letter To You, like much of Springsteen’s recent work, is infused with a sense of mortality. Many of the songs deal with themes of aging gracefully and looking back at the happy memories of roads taken, and sometimes, the regret at those not followed. Tracks like “One Minute You’re Here” offer thoughtful and reflective observations on the enduring bonds of love and friendship. There are also references to dealing with the loss of someone you care about, as Bruce has with the deaths of his friends and bandmates Clarence Clemons, Danny Federici, and George Theiss. He writes about being visited by the spirits of those he’s lost on songs such as the deeply affecting “Ghosts.” There’s also a sense that he’ll encounter these dear friends again, as he hopefully notes in “I’ll See You In My Dreams.”

Bruce draws from a deep well of emotion on Letter to You, and it wouldn’t be a Springsteen record without some old school E Street style tunes. Three of the songs on the disc date back to the Greetings From Asbury Park era. “If I Was A Priest” is a colorful, Dylan-esque tune that sounds like a lost track from The Band. “Janey Needs A Shooter,” was started by Bruce in the early days and left unfinished. It was later appropriated by Warren Zevon, who touched up the tune, retitled it “Jeannie Needs A Shooter” and recorded it for his 1980 album Bad Luck Streak In Dancing School. Bruce takes back the song, and he and the band give it their all, infusing it with rousing rock and soul energy. The last of the early numbers, the epic “Song for Orphans,” once again echoes Dylan, with some fine harmonica work by Bruce.

Another theme that runs throughout the album is the incandescent power of rock and roll. Songs such as the anthemic “House of a Thousand Guitars,” celebrate the exhilaration of seeing live music, while the emotional “Last Man Standing” evokes losing yourself in the grip of rock’s joyful noise while playing music with your friends. Several of the songs on Letter To You are steeped in melancholy, but “The Power of Prayer” ties together the sacred energy of religion with the spiritual lift provided by rock and roll, name-checking Ben E. King as its high priest in the process. Bruce never loses sight of the fact that music can move us, inspire us, and heal us.

Letter To You is a moving tribute to the powerful bonds between family and friends, and the redemptive power of music. The record is a heartfelt conversation between Bruce, the E Street Band, and his loyal fans. It’s a love letter to the deep connection that Springsteen shares with his bandmates, as well as his listeners. Letter To You sounds better every time you hear it, and The E Street Band retains their status as one of rock’s tightest and most innately talented ensembles. In addition to the album, there’s also a compelling documentary about the making of the record available on Apple TV. Letter To You will lift you up and touch your heart, and offer a salve to your spirit in these troubling times.

2 comments on “Bruce Springsteen’s “Letter to You”: A 2020 Soundtrack”