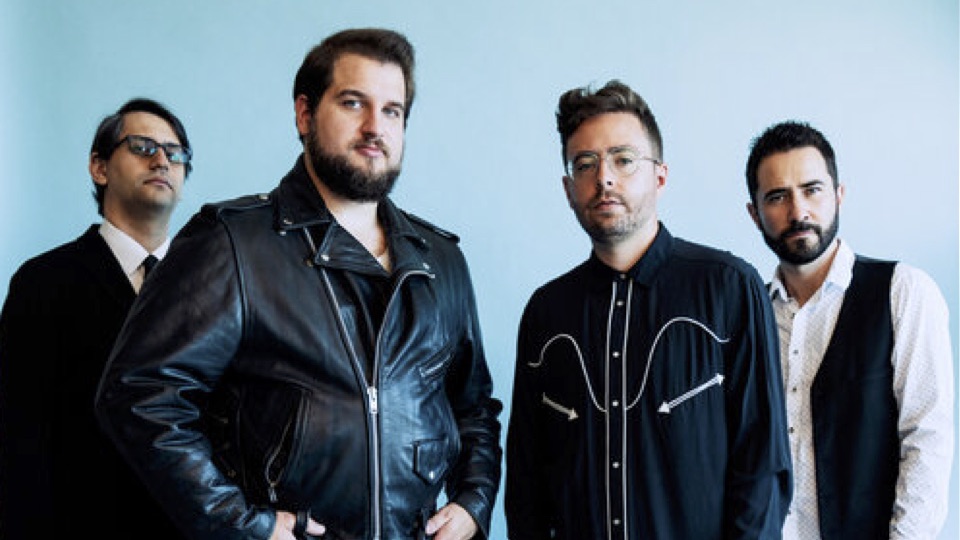 Every once in awhile, a band comes along that renews our faith in the soul-satisfying power of good old-fashioned rock and roll. The Midnight Callers are just such a group. Their debut album, Red Letter Glow, is an outstanding collection of songs, impressively performed by this phenomenal New York-based quartet. “41 Miles To Roscoe,” the propulsive number which opens the album, sets the tone for the rest of the record with a raucous blast of rock steady guitars and rip-roaring drums. The no-frills rock and roll continues with the boisterous “Down On Luck” which in addition to the band’s tightly focused playing, features some excellent power punk-ified vocals.

The album’s remarkable lineup of songs ranges from the rollicking “Return The Favor,” a tune whose rootsy grooves may remind you a bit of The Radiators, to the energetic power pop workout, “I Need You.” The jangle-laden guitars and lovely harmonies featured on “State of Me” would fit nicely onto a modern rock playlist, comfortably nestled between selections by Fastball and the Gin Blossoms. The band’s versatility is further showcased on tracks such as the straight-ahead rock attack of “Not Tonight” and the epic power ballad vibes featured on “River Rise” and “The Lights Are On,” tunes which are ready-made for “lighters raised” concert encores.

The back to rock and roll basics sound of The Midnight Callers is rooted in the magnificent work of Chris Paine and Martin Stubbs on guitar, Marley Myrianthopoulos on bass, and Julien Budrino on drums, with everyone in the band contributing some excellent vocals. These guys know their way around a solidly crafted power-pop tune, one that’s infused with a healthy dose of classic rock, as evidenced by the top-notch quality of their songwriting on the album. The band also had the guts (and the chops) to take the Bill Withers soul/funk classic “Use Me” and brilliantly re-invent it as a sharp-edged rocker. It’s the perfect way to close out this terrific disc.

Kurt Reil of the revered power-pop outfit The Grip Weeds produced the album, and his fantastic work on the record allows the band to showcase their passion for their music while providing us with some fabulous rock and roll as a result. The sensational songs on Red Letter Glow will absolutely get stuck in your head and are ready-made for rambunctious onstage performances. Once regular live shows are back in the rotation, this band will be a must-see. If you like The Plimsouls, Cheap Trick, The Alarm, or The Romantics, you’re bound to dig The Midnight Callers.

[Red Letter Glow is now available on JEM Records. For more information on the group, head on over to www.jemrecordings.com or the band’s website at The Midnight Callers]

2 comments on “The Midnight Callers: A Return to Old-Fashioned Rock”