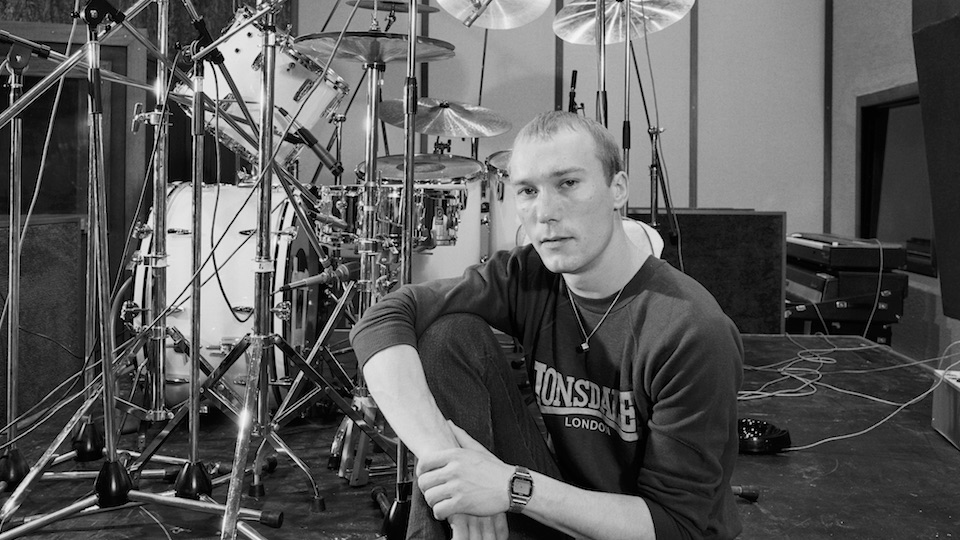 Mod revivalists The Jam remain one of the greatest British bands. Tight in delivery, ebullient in song, The Jam scored four number one hit singles, three of them [“Going Underground,” “Town Called Malice” and “Beat Surrender”] charting instantly. Two of their albums [All Mod Cons and Sound Affects] feature in Robert Dimery’s 1001 Albums You Must Hear Before You Die. Disbanding in 1982, drummer Rick Buckler has recounted their escapades in 2015’s That’s Entertainment: My Life in The Jam. He’s subsequently co-authored Dead Straight Guide to The Jam with writer Ian Snowball.

How is writing a book from the insight of the band, rather from the outside barriers?

I can only answer from the one way, writing about being in a band. When I did my autobiography, I mention my experiences about being in a band and being in the industry. It’s the realization that it’s a full-time job and this is your livelihood. It’s like being on a contract, you’d better deliver or they won’t keep you. It wasn’t like the first five years, playing in clubs and living off the money for a week. When you’re signed, recording albums and touring, it’s a very different situation. I wrote about the reality of doing this, which is very different from how you might imagine it.

Steve Brookes was the founding guitarist. What did he bring to the band?

Not to be down on Steve, but not a lot [laughs]. If you see the early stuff with Steve, Paul, and me, it’s very different. There were more cover songs, love songs, more Beatle-y, much less serious. About 1976, 1977, the band evolved. We then got four members [Bruce Foxton joined on second guitar] with some other members with us adding little bits. Steve was the lead guitarist and lead singer then got fed up and left. Paul was on bass, which he found difficult playing while singing, so out of necessity, he turned to guitar. He was more of a rhythm guitarist who became a lead player. So, those early gigs were very, very different.

You admitted that you attended a Genesis concert in the seventies. Were they a primal influence like The Who were?

I didn’t go to see Genesis, I went with my mates to see the support band. It was Peter Gabriel and the giant hogweed at the time, which I didn’t really get at the time, but I enjoyed the support band. Keith Moon was his own thing, wild, but I’m much stricter with my work. The Who were an influence on us, we did some early Who songs, but I was more influenced by more on the nose drummers. I met Kenny Jones recently, he has his autobiography, and I remember when he replaced Moon he was wracked with nerves. I thought he did a great job, but he had to wear Moonie’s shoes. I think I was more of Small Faces fan anyway. Steve Marriott’s voice was fabulous, and there was something more about the songs. The Who had two distinctly different periods, the early stuff, then there was the “Tommy” stadium stuff. They became a completely different band.

The Jam has a musical trajectory only a tier below The Beatles. How do you feel The Jam evolved album over album?

We always said we were a four-piece band with three members. People might say it was strange how three people could make so much noise! But there’s nothing more boring than hearing the same album again. When we made In The City, everyone expected the next album [This Is The Modern World] to be In The City II. But I like all the albums: In The City is that pub rock thing, Sound Affects was where we were at that time. We wanted to make every album different and not do things twice.

“Funeral Pyre” is an excitingly visceral song. How did that come about?

The thing with The Jam, we put in stuff as a band, it wasn’t just one person playing all these instruments. Any band, it’s the mixture. It was a little bit of a sore point. “Start!,” for example, that was a bass line Bruce wrote, but it’s credited as a Paul song. That’s the way it panned out. Paul was going to put “Funeral Pyre” down as his song as he wrote the lyrics. So, someone sensibly told him it had to be credited to everybody. I started the drums on that one. Like a lot of drummers, I have a fear of playing one side faster to another, so I had an exercise to equal both sides. Bruce played bass to it, then Paul wrote the lyrics. It’s the industry more than anything. Lyrics are regarded as a half song, so Paul gets the lyrics, and we got the other half for the music, the three of us. It didn’t all start off with Paul coming in with songs, myself and Bruce used to work very hard on the arrangements. People might assume that with the “written by” credit. Paul’s lyrics are absolutely fabulous, he really sings from the heart, but it is a shame that the industry works like that. It’s a band, it’s The Rolling Stones, that makes the songs, not Mick or Keith. We were a band, which Paul would probably have agreed with in the early days, I don’t know of his opinion, he seems to have hijacked things a bit [chuckles].

Related: “The English Beat Goes On”

Were you vindicated when [spin-off band] From The Jam testified to the essential groove you and Bruce Foxton brought The Jam?

Are you talking about [other spin-off band] The Gift when Bruce joined? It wasn’t something major like that, I went to The Gift to revisit these songs. I remember it at the last Jam gig, thinking “this is the last time I’ll be playing these songs”. So, that’s where The Gift came from, to play them. Then it was From The Jam. It was good, Russell sounds more like Paul than Paul does these days. I think Gary Crowley said it was good to see two members of the band whose names weren’t Paul Weller!

How do you collaborate with Ian Snowball and do you have any provisional projects planned?

Ian, being a big Jam fan, would point out “you’ve written about this twice,” so it’s good to have someone like Ian to track things. People ask if I actually wrote the autobiography, and I did but the way we did it Snowy would ask questions and we’d record, so the book feels more like a conversation than a diary. It’s very easy to work with him, and he’d say “we need to say this”. Good to have him for that.

Other projects? I don’t know right now. There was a girl called Sarah Jane, I used to manage her. Now she’s in a band, fabulous how that’s gone, moving in her music two to three years later. That was like a throwback to things I used to do, so might see if I manage some local bands in the future.

Photo Credit: Rick Buckler from The Jam posed with his drum kit at Odyssey Studios in London in July 1982 (Photo by Fin Costello/Redferns/Getty Images)

6 comments on “Catching Up With The Jam’s Rick Buckler”