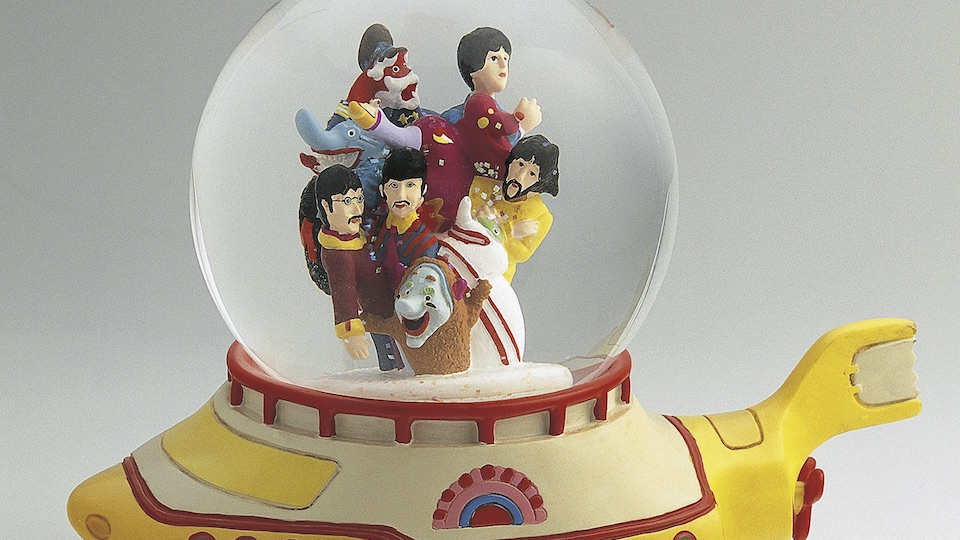 Last week marked the 50th anniversary of the Beatles final public performance, which took place on the roof of their Apple offices. I wasn’t surprised to see lots of commemorating and conversing about this on my Facebook feed. I’ve been a fan and student of the Beatles for fifty-five years and wrote a book about first-gen Beatles fandom, so of course, my Facebook feed is a Beatles echo chamber. But it wasn’t just hardcore fans posting about the rooftop concert. All the major news outlets marked the event with lookback pieces. Forty-nine years after their breakup, the Beatles balloon remains aloft.

Those of us who grew up with the Beatles and watched them evolve still feel gratitude for how they lit up our lives and opened our ears. Fans I interviewed for Beatleness describe themselves as “blessed” to have been born at the right time – and many feel strongly that the Beatles will be known and appreciated for as long as human beings are listening to music. And they feel personally invested in the Beatles longevity.

Are Beatle geeks delusional in our belief that, as with Mozart, Bach, and Beethoven, Beatles music will be listened to centuries after their time, and that their words will continue to inspire? Do boomer Beatle fans overestimate the Beatles importance?

According to Cesar Hidalgo, director of the Collective Learning group at the MIT Media Lab and a premier data miner of the world’s collective history, John Lennon will be forgotten in thirty years. Hidalgo’s conclusion is essentially based on Wikipedia biography page views, and, I believe, essentially wrong. His analytics don’t take into account that the Beatles music and cultural significance will continue to be passed down, in families and in the culture, from generation to generation. In addition to frequent Beatle references in TV shows, films, news headlines and advertising – which I’m noticing more than ever – they are showing up in some surprising places.

Furniture and home accessories retailer Crate and Barrel just introduced a collection of twenty-one Beatles prints. According to Crate and Barrel, each image comes with “a story about the group who defined love, unity and original style.” With prices ranging from $200 to $650, they’re for “those who live for music, design, and culture” and who want to “bring the Beatles home as a cool accent in the living room or an addition to the nursery.” They describe the collection as a combination of Crate and Barrel’s “eye for design with the Beatles’ timeless cool, capturing the iconic spirit of history’s favorite rock band for the next generation of music lovers.” I think it’s safe to assume that children who grow up with these images on their walls will know who the Beatles were.

Those same children may be watching Beat Bugs, the award-winning, animated Netflix series that introduces preschoolers to Beatles music as they learn life lessons through the adventures of five insects who inhabit a suburban backyard. Australian writer and producer Joshua Wakely, a young parent and Beatles fan himself, spent years trying to get permission to use the Beatles music. Taking a page from the Beatles’ playbook, Wakely’s persistence and unwavering belief in the quality of his project paid off.

I had the pleasure of watching an episode or two of Beat Bugs with my four-year-old grandson. Later that day he was scooting down his Brooklyn street singing “Help!” His interest in the Beatles began, as it does for many preschoolers when we watched Yellow Submarine together, a film which identifies the Beatles as superheroes (something we take for granted but is rather significant). A gateway to Beatles fandom, Yellow Submarine is like a brand unto itself within the Beatles brand, with a plethora of merch for people of all ages. First-gen fans can rest assured that kids and adults will be watching Yellow Submarine long after we’re gone.

Related: “Artists Reflect On the Beatles In Their Lives”

The Beatles have always been a multimedia experience, but now they can be experienced in yet a new medium – the pinball machine. Stern, a solid American brand that has been manufacturing pinball machines since the 1930s, recently produced 1,964 Beatles pinball machines. George Gomez, Stern EVP, and Chief Creative Officer told me the Diamond edition, of which there are only 100, have sold for “north of $70,000.” There are 250 Platinum machines, and 1,614 Gold editions, which are the ones that fans are most likely to encounter, in restaurants, movie theaters, and “barcades” around the country – introducing a younger demographic to the band.

With a retro feel that captures the earliest days of Beatlemania, all the machines feature Beatles music, state of the art electronics, LCD display, LED lighting, detailed artwork, and “speech calls,” including Ed Sullivan’s introduction and the Fabs themselves. Some collectors bought two: one to play and one to keep in the box, just like some of us did with Beatles vinyl. Gomez, himself a first-gen fan, talked with enthusiasm and pride about the respect shown to the Beatles throughout the development process and that his team, used to developing machines with iconic brands, were lining up to play even before it was fully complete. Summing up, Gomez said, “It’s an exciting device – a big giant piece of entertainment.”

Crayola, an iconic brand associated with fun and creativity, has also secured what Stern’s Gomez calls “the holy grail of licensing.” Aware of recent interest in adult coloring books for stress-reduction, Crayola has published a “coloring songbook” based on Lennon-McCartney lyrics.

Freelance illustrator Joe Lacey had done work for Crayola before when he got the offer to choose from a list of songs that would be included in the “age-up” product. Crayola planned to do some of the work in-house and call in some other illustrators. Exhibiting what I’d call sweet, confident Beatles-like audacity, Lacey told Crayola, “I’d love to do the entire book!” Their reply was “That’s awesome!”

A huge Beatle fan who describes Lennon-McCartney lyrics as “affirmationable,” Lacey wanted his illustrations to reflect that. “When I knew I was going to illustrate this book, I was happy. I know it doesn’t sound as big as ’ecstatic,’ or ‘exhilarated,’ but it’s the right word. I was happy for every day I got to work on these songs. Beatles songs do that to you. They make you happy.”

Related: “Scott Freiman Takes Us Behind the Scenes of ‘Deconstructing the Beatles'”

Yes, Beatle songs make people happy, reliably and consistently. The emotion mentioned most often in the “Beatleness” interviews was “joy.” I don’t think we have to worry about future generations. Their positive, inspirational music and their unlikely story will continue to delight and amaze. I hope to be around in 2064, a century post-Beatlemania, to see if I’m right.

1 comment on “The Beatles: Here, There, and Everywhere – Forever?”