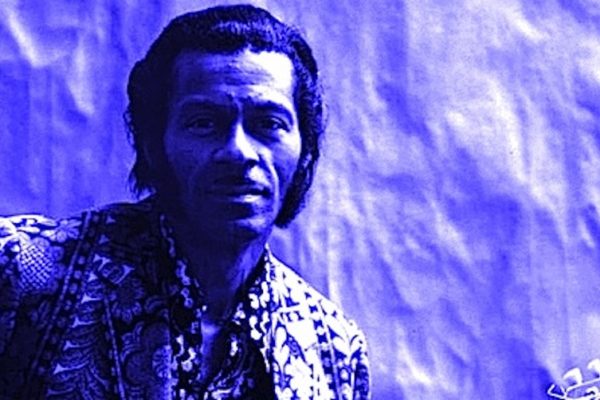 When Chuck Berry left us at the age of 90 on Mar. 18, 2017, the rock ‘n’ roll pioneer left behind an enormous treasure trove of tunes that changed the world. Without the likes of “Roll Over Beethoven,” “Johnny B. Goode,” and “Rock and Roll Music,” rock as we know it would be an entirely different beast. If you surveyed the most influential artists in rock, you’d be hard-pressed to find one who didn’t claim Berry’s titanic catalog as a primary influence. In that spirit, here’s a handful tunes by staggeringly seminal artists in their own right which could not have come into existence were it not for the Berry blueprint.

1. The Beach Boys’ “Surfin’ U.S.A.”
The Beach Boys never made a secret of their adoration for Chuck Berry; their sound was obviously indebted to his and they covered a number of his tunes (“School Day,” “Rock and Roll Music”). But on this 1963 track, consciously or subconsciously, they actually took Berry’s “Sweet Little Sixteen” and rewrote the lyrics. The threat of a lawsuit scared the Wilson brothers’ father and manager Murry into giving Berry the publishing for the song and eventually putting his name on the credits.

2. The Beatles’ “Come Together”
As their 1963 version of Berry’s “Roll Over Beethoven” — if not their very existence — makes plain, The Beatles owed Chuck big-time. But the lyrics and cadence of “Come Together” were so obviously based on Berry’s 1956 single “You Can’t Catch Me” that his publisher eventually sued over it. The case was settled out of court, but part of the settlement involved Lennon actually covering “You Can’t Catch Me” on his 1974 album Rock ‘n’ Roll.

3. Creedence Clearwater Revival’s “Travelin’ Band”
Like every other rocker of his generation, John Fogerty grew up on Chuck Berry songs. Although this cut from 1970’s Cosmo’s Factory actually inspired a lawsuit from another of Fogerty’s ’50s influences, Little Richard, for alleged similarities to the latter’s “Good Golly Miss Molly,” the guitar riffs, vocal phrasing, and narrative lyric come straight from the Berry playbook.

4. Bob Dylan’s “Subterranean Homesick Blues”
Long before Dylan came along, Chuck was the original rock ‘n’ roll poet, bringing a new level of lyricism to the music. Though this track felt like a revelation when it was released in 1965, and years later its rapid-fire sprechgesang was eventually even hailed as a precursor of rap, the style comes straight from word-drunk Berry tunes like “Too Much Monkey Business.”

5. The Velvet Underground’s “Rock & Roll”
Lou Reed was unquestionably a Chuck Berry acolyte; The Velvet Underground’s earliest repertoire was actually full of Berry songs. There are other songs in the Velvets’ catalog based around more explicitly Berry-influenced riffs, and this track isn’t overtly Berry-sounding in that respect, but the lyrical conceit of a kid whose “life was saved by rock & roll” could never have existed without tunes like “Rock and Roll Music” and “Sweet Little Sixteen” to pave the way.

PS. For a greater understanding of Chuck Berry’s life, you can’t go wrong with The Autobiography which CultureSonar reviewed earlier this year.