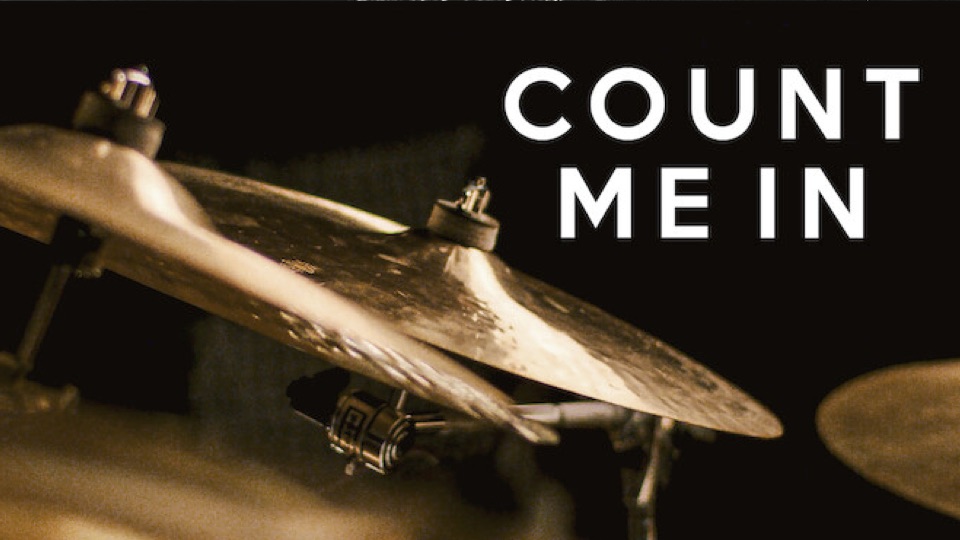 The first time I viewed Mark Lo’s wonderful 2021 documentary, Count Me In (now on Netflix), a rousing love letter to drummers and drumming, it settled a score about Ringo Starr and his importance as a progenitor of rock ‘n roll drumming history. The next several times I watched the film were just opportunities to bathe in its warmth, humor, profundity, and humanity.

Eight minutes into the film,  longtime Iron Maiden stickman, Nicko McBrain, sings the praises of Ringo Starr and what Mr. Starkey meant to so many budding young drummers at the height of Beatlemania. I had to restrain myself from picking up the phone and calling my friend, Dave, a fellow drummer, who had once laughed at me upon hearing that Ringo was my drum kit Spirit Animal. When I asked who was better, he told me Nicko McBrain, to which I responded, “You should ask McBrain how great he thinks Ringo is!” Boom. Roasted.

Aside from settling my own personal drum grudges, the film is a broad smile from beginning to end, boasting the likes of a wide-ranging group of skinbashers delving into the idiosyncratic philosophy and unbridled appreciation of the world’s most primitive instrument. Stewart Copeland, who usually comes across like nails on a chalkboard, sounds by turns both professorial and “regular guy.” The Clash’s Topper Headon and Ian Paice of Deep Purple regale us with the thrilling idea of pioneers doing things differently for the first time. Taylor Hawkins of Foo Fighters raises goosebumps while relating that life-altering moment when he laid down his first drumbeat. Samantha Maloney and Cynthia Blackman Santana, heavy hitters who put the beat down for Motley Crue and Lenny Kravitz, respectively, speak of transcendent career moments that made it all worth it and let them know that they belong in a business where women too rarely tread.

Stephen Perkins of Jane’s Addiction is the de facto narrator of the film and helps trace a path through the history of drumming, starting with a very cool drum circle scene shot in LA’s Mount Wilson Observatory. Then, he travels through time, genre, and style, celebrating giants like Gene Krupa, Joe Morello, and Buddy Rich. Of course, he also lays wreaths at the feet of iconic drum gods, the aforementioned Ringo, Charlie, Bonzo, and Moonie. To hear such accomplished musicians describing the feelings they had while watching their own drum heroes was a humanizing moment and establishes a connection between all members of the film’s diverse commentators.

The film’s own drumbeat is the quirky sense of humor that most drummers seem to exhibit; at times, I found myself laughing out loud as if watching a Benny Hill rerun. Nicko McBrain is genuinely hilarious, as is The Damned’s Rat Scabies in his brief appearance. Scabies’ playful jabs at the self-importance of the egomaniacal rock guitar god is another reminder that drums are fun to play, and that maybe drummers become funny people as a counterweight to that kind of pomp.

The film also follows a young female drummer, Jess Bowen, of the indie rock outfit, The Summer Set, as she visits Ross Garfield, aka The Drum Doctor, in search of her dream drum kit for an upcoming performance. The pair search through Garfield’s vast LA drum warehouse like a team of archaeologists hunting down a rare artifact, meticulously tapping this drum or that one, foraging for that special piece that will fill in the missing bit of the fossil. Garfield is part shamanistic guru, part Nutty Professor, but he’s decidedly another gem in a long line of delightful originals populating the film throughout its 81-minute runtime.

The film closes with an epic set-piece, a drum jam throwdown where Blackman Santana passes her funky beat on to Chad Smith, who turns it over to Bowen who then throws it to Perkins, who puts a period on the last sentence of this uplifting work by director Mark Lo. The only thing that I might have quibbled with is no “prog” rocker presence (whither Bill Bruford?) and nary a mention of the immortal Neil Peart. But still, there’s a lot to love about Count Me In and I plan on watching this well into my own drumming future.

7 comments on ““Count Me In” – A Love Letter to Drummers”