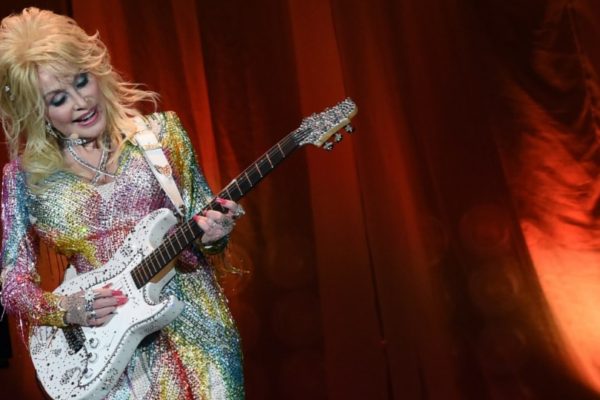 Anyone who’s heard Jeff Buckley’s soulful voice on “Hallelujah,” Whitney Houston’s rousing take on “I’m Every Woman,” Patti Smith’s reimagining of “Gloria,” or Donna Summer’s epic version of “Macarthur Park” knows that covers are one thing. Interpretations are another. So the next time someone gets all uptight and tells you “insert name of classic song here” should never, never, never be re-recorded by anyone else ever, feel free to bring up these five examples that argue quite convincingly to the contrary. Why get attached to the past when there are good things ahead? Anything that’s great can be great again.

Chaka Khan’s “Is That All There Is?”
Bette Midler does a lovely, emotionally-rich tribute; PJ Harvey does a curiously deranged one; and Sandra Bernhard stands the whole thing on its head. But only Chaka has the audacity to slice off the last verse and find a way to deliver the storytelling sections in a way that owes nothing to Peggy Lee and everything to keeping it real. Her final chorus knocks the roof off the house. Is it better than Peggy? That’s not the point. This version knows how to swing.

Dolly Parton’s “Stairway to Heaven”
Traditionalists may rally around Heart’s faithfully effective rendition with its powerful chorus at the Kennedy Center honors for Led Zeppelin — hell, it brought tears to Robert Plant’s eyes. But once you hear Dolly’s quivering take on this classic, now redefined by a plaintive violin and twangy banjo, you can only assume that Plant would have cried like a baby upon hearing this. Who knew that a rock anthem could be so successfully converted into a country fable? Dolly’s got a message to share here. Preach!

Johnny Cash’s “Hurt”
Johnny Cash was fearless. He was all of 70 years old when he recorded Trent Reznor’s quintessential ‘90s song about self-destruction and heroin and thereby made one Nine Inch Nails hit his very own. How good is this update? Reznor himself has said, “that song isn’t mine anymore.” He’s right. But no hard feelings. Cash had a habit of rebranding others’ songs as pure Johnny. Just check out his unlikely updates of U2’s “One” and Depeche Mode’s “Personal Jesus,” then get back to us about what the man in black can’t do.

Macy Gray’s “Here Comes the Rain Again”
The driving rhythm has been tossed aside for something that’s more atmospheric, even Brian Eno-esque. Indeed, Macy’s take kind of sounds appropriate for the end credits of the next Blade Runner reboot if that ever happens, what with that robotic “shoo-wop shoo-wop” which eventually pops up in the background. This is the kind of music you’d expect cyborgs to listen to in order to feel more human. Yet whereas Annie’s refrain of “Talk to me” has a hint of longing, Macy’s sounds hopeless, as if there’s not a shot in the world of her reuniting with an old flame (human or not) but she’s putting it out there anyway.