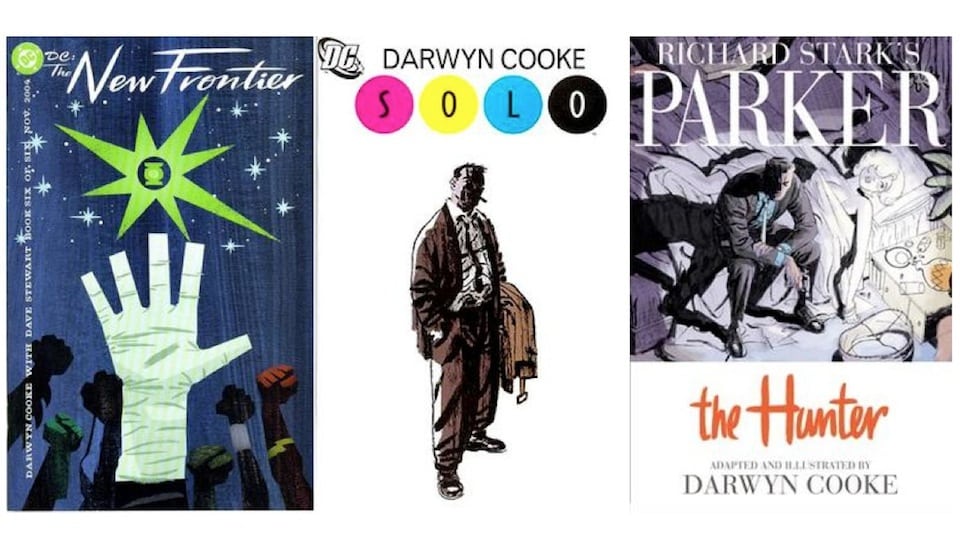 The phrase “graphic novel” has certainly evolved over the years, albeit not entirely for the best. Once applied mainly to stories in comic strip form that went beyond the bounds of what was typically seen in a monthly comic book or daily newspaper strip, it’s now a universal term for any collection of stories in that medium. While on one level it’s a welcome sign of a growing acceptance of comics, the term’s ubiquity also makes it harder to distinguish truly unique works. As a result, it sometimes takes an unfortunate event to remind us of something truly great.

So it is with writer/artist Darwyn Cooke, who died last weekend at 53, and his magnificent 2004 tapestry of DC Comics history, DC: The New Frontier. Foregoing the parallel Earths concept that DC has long used to delineate between its “Golden Age” characters and their more modern counterparts, The New Frontier adopts a trickier conceit.

Events within the story are largely tied to the years corresponding with real-world publication milestones, such as having the modern incarnations of The Flash and Green Lantern emerge in 1956 and 1959, the respective years of their comics debuts. This approach enables the new wave of heroes to join forces with the handful of the originals who had remained active into the 1950s – primarily Batman, Superman and Wonder Woman – to fight an extraterrestrial menace that threatens the entire world.

Within the story, this sets the stage for the formation of the Justice League of America. This new wave of heroism employed for the good of the whole world also ties thematically to the election of John F. Kennedy and the notion of a “new frontier” in American life. Kennedy articulated this in one of his most famous speeches and those words are reproduced in the story’s final pages (and the final moments of an animated adaptation) to great effect.

More than a decade since its initial publication, The New Frontier remains a wonderful oxymoron – a forward-looking throwback. Cooke’s words and pictures beautifully capture the mood of the 1950s and manage to add depth and ambiguity to its key characters without compromising their status as icons. The story’s pleasures are truly too numerous to name, though fans of DC’s ultimate utility player Martian Manhunter will certainly find much to enjoy here. Above all, this late artist’s masterpiece is a reminder that superhero stories need not embrace darkness in order to be compelling.

0 comments on “One Less Cooke in the Kitchen”