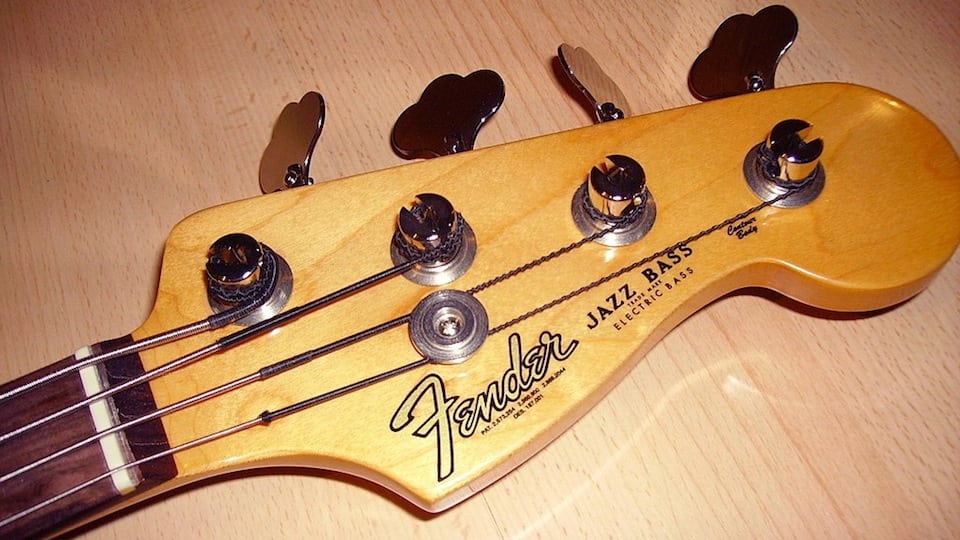 My bass is a 1969 Fender Jazz. I own several instruments; a fine acoustic guitar of maple, rosewood, and mother of pearl, a gorgeous, “azure glow” Rickenbacker, and two charming ukuleles. But if the house was on fire and my family was safe and I could go in to retrieve only one thing, it would be this bass. I am a musician, and I became a musician through this bass. Making music has shaped my life. It brings me great pleasure, and connects me on a deep level to others. So much began with this bass.

As a teen, my hands, my sweat, my ears, mind, heart, and that fitful energy below my belt… all worked on this wood and wire. I was like a safecracker, turning, listening, manipulating, until at last I cracked the code and a door opened and led me to the terrain of music. I found that through this bass.

My bass was assembled in California right around the time my memories begin, in the same year men first walked on the moon. I would not see it for twelve years. In that time, I grew from a moon-faced, lazy-eyed child to a six-foot-two, rail thin, sixteen-year-old.

Circa 1981, I was recovering from a bout with cystic acne, newly deflowered, and learning the rudiments of music on a plywood starter bass, bought for me by my mom. I was working the cash register at a drug store. One night, giddy from sleeplessness, and essentially high on hormones, I obeyed the urge to pay a compliment to a thirty-something woman buying toothpaste and Trident.

“You have… beautiful eyes,” I said. My heart slammed against my visible rib-cage.

She blushed, thanked me, and asked what I did.

“That’s what I thought,” she said, smiled, and left, hips a-sway.

I went home and scowled at the poor plywood bass. It was like the friend who cannot keep listening to you talk at 4 AM, even when your story is just getting started and the best part is yet to come. Plywood bass would not stay in tune, the strings would not do what my ever-lengthening fingers told them to do. I’d sat in my cutoffs in a dank basement room, learning all of Led Zeppelin I and II, hours spent scratching the needle across the vinyl again and again and again, all hipbones and ribs and sex smell, rocking back and forth, wrestling with the substandard instrument, ever re-tuning it.

Fender Jazz was waiting for me on a rack at Atlanta Discount Music. I motored over in my VW Bug, walked in clueless, several cashed paychecks in my pocket. The Hippie Dude – aggressively hippie, as the world was slashing into the 80s – was kind to me.

I had only recently discovered the glories of a naked body entwined with mine and, like every sex neophyte since time began, I had figured nothing would ever compare. I was wrong. Once in my hands and against my hips, Fender Jazz was instantly part of me. Just as a body – especially a sixteen-year-old body – aches to enmesh itself with another, and once there, feels the deepest strata of existence pulsing, saying, yes, yes, yes, this is how we do it, this is how we make more life, yes… so it was with Fender Jazz. Not exactly the same, of course, but akin. She rested against my flank and, as the low E rang into the store, she said: let’s make music; let’s you and me make life.

Desperate to be welcomed into the musician tribe, I played what few basslines I knew, focusing on the quality of attention from Hippie Dude and his pal, an Eddie Van Halen clone wearing a new wave T.

Fender Jazz’s body – like everyone’s – told a story, but only in tactile code I would never decipher into hard historical facts. Her previous owner – or owners – had worn her down in places, lovingly so, stranger sweat ebbing away the finish on her curves, her metal parts more matte than sparkly, her neck smoother where a palm bore down. But she was solid.

She had spent twelve years I know not where, but I knew when I held her she had been loved and respected, and I saw how even love and respect can wear something down, and how that’s when the music comes – after a struggle, a tussle of sorts.

I did have 375 clams, several paychecks cashed and burning through my 501’s. I was ready to spend more money than I ever had in my life. I paid in a daze, spirited Fender Jazz into my Volkswagen Bug and hurried to my guitar player friend Teddy’s house to show him my first real instrument. We immediately got busy, and in a matter of months, we were playing originals in Atlanta new wave clubs.

Fender Jazz and I spent ever more time together. She was well up to the task of making a musician out of me. She stayed in tune, for starters, no matter how much I bent and whacked the strings. I began to decode songs, and stumbled into the basics of finding grooves, riding dynamic shifts, honing attack, sitting behind the beat, and coloring a chord.

Within a couple years, Fender Jazz emboldened me to head into parts unknown with only her and an amp and some second hand clothes, to seek my fortune. She was my passport to adventure along the ribbon of highway, granting me rock and roll passage to New York City, LA, San Francisco, the heartland, New Orleans; we travelled to Paris and into the French countryside, on to Italy, Switzerland, Spain, Germany, Martinique, Hawaii, Quebec, then back to Manhattan and into Jimi Hendrix’s Electric Lady Studios to make a never-released record. But still: Electric Lady Studios. With her in a hardshell case, I was an ambassador of rock and roll. Fender Jazz led me to the woman I married and ultimately to my son, and to the work I bring before you now.

In the early ‘aughts I pulled back from the rock and roll road and focused elsewhere, but I never stopped making music – with Fender Jazz and all my instruments – and I never will. In fact, I am, at present, road-bound with the band, Satellite Paradiso. These will be my first traveling gigs as a bassist in sixteen years.

2 comments on “When Wood and Wire Come to Life”