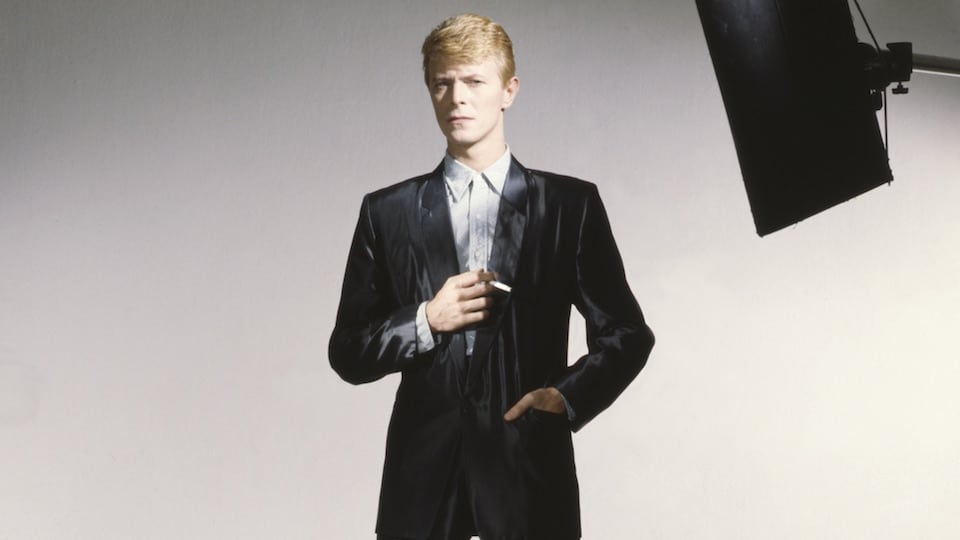 Fifty years ago, some critics could have said that Lou Reed’s career was in the same place as his mind: the gutter.  His perennially poor-selling group, Velvet Underground, had disbanded and his solo album for RCA, with contributions from Yes members Steve Howe and Rick Wakeman, had bombed. His label probably wanted to tell Lou what Andy Warhol noted in his diary what the rocker hissed to a few adoring fans who kindly asked for his autograph: “Kill yourself.”

But then came David Bowie, a not-so-secret admirer of Lou’s work who sang the Velvets’ “White Heat/White Light” and “I’m Waiting for The Man” in his concerts.  In a 1997 interview, Bowie praises how “elements of what Lou was doing was unavoidably right for where music was going.  One of it was the use of cacophony as background noise.”

Related: “It’s Only Rock ‘n Roll: The Best Fights In the Biz”

In a last-ditch effort to make Lou a commercial entity, RCA strongly hinted that Bowie should help (translation: produce) his fellow label-mate on his next album.  When Reed agreed, David said that he was “absolutely petrified and intimidated and really didn’t want to let Lou down.”  Lou, possibly realizing a career of writing songs would be an improvement over his then-current job of typing numbers for his accountant father, allowed Bowie to have stylistic and artistic reign. Bowie assembled the musicians, including his old saxophone teacher (Ronnie Ross, who also played on the Beatles’ “Savoy Truffle”) and bassist Herbie Flowers.  Flowers, who improvised the infamous stand-up bass riff on “Walk on the Wild Side,” said that the entire tune took twenty minutes to record.  The song shot to #16 in the charts in 1972 and became Lou’s signature song.  The album, Transformer, was also greatly enhanced by the vocal stylings of the three-girl group Thunder Thighs — a name Marvel Studios hasn’t used for a team of superheroes….yet.

The LP virtually removed the Velvets’ cacophony but gave Lou a revitalized recording life. Later that year, when Bowie heard that Mott the Hoople’s creative career was on life support, he offered them his production prowess on their next album and his own song (“All the Young Dudes”); which left lead singer Ian Hunter gob-smacked:

“Who else at that stage in his career would start giving away time and songs to other people?  Which he did with me and Mott, Lou Reed, Iggy.  How did he find the time for that?  He was extremely ambitious, but still found time to do other things as well, which I think is quite remarkable.  Ha, he thought I was the head of a motorcycle gang.  He was very into the macho thing.  And he thought I was macho.  And he probably liked Lou Reed for the same reason.”

Mick Ronson, Bowie’s then lead guitarist and soon to be Hunter’s, put in more than his two pence worth on the album called All the Young Dudes; arranging the string section (as he did on Reed’s “Perfect Day” and “Walk on the Wild Side”) on Mott’s gorgeous “Sea Diver.”  Ian loved Mick’s work but found him to be “daft as a brush.  His arrangement for ‘Diver’ was written on a fag packet; a ‘Players’ packet.  And the worst card player you ever met.  If you were short of money, sit down and play cards with Mick.”

That same oh-so-British quote for being bonkers could have been applied to Iggy Pop in 1976; he wasn’t a card player but thanks to copious amounts of liquor and drugs, wasn’t playing with a full deck. Iggy had even checked himself into a mental asylum in Los Angeles to get clean, only for Bowie to enter his room to cheer him up by offering his pal cocaine. The very Thin White Duke later noted: “This was very much a ‘leave-your-drugs-at-the-door’ hospital.”

Before long, Bowie became a rock ‘n’ roll re-animator again by producing Iggy’s The Idiot and giving life to a once-dead career.  One year later, both felt that the only way they could save their own lives was to leave Los Angeles. As Bowie remembers:

“Both Iggy and I felt like it might be time to clean up, so we were very smart about it — we went straight out of L.A. to the heroin capital of Europe: Berlin.”

The two transplants then planted themselves in a middle-class part of West Berlin called Schöneberg to work on Iggy’s next LP.  Bowie put his own career on the back burner to give his friend a different kind of shot in the arm, even teaching an appreciative Pop about the finer things in life. Iggy remembered: “He knew how to choose a wine – and what the hell is an ‘entrecôte’?”

The two got down to the music business and proceeded to write, record, and mix the exquisite Lust for Life in eight days. The not-one-clunker-song-on-the album only charted at 120 (?!?!) in America and became the next to last LP (the last album being Iggy’s 1986 Blah, Blah, Blah) Bowie would produce for an artist not named Bowie.

Perhaps one day, Bowie’s production work will be recognized by the Rock ‘n’ Roll Hall of Fame—if the Hall should one day have a producers’ wing.  The voting process for a producer’s induction might get heated; as some voters would be offended if someone should callously say, “Let’s give Phil Spector a shot.”