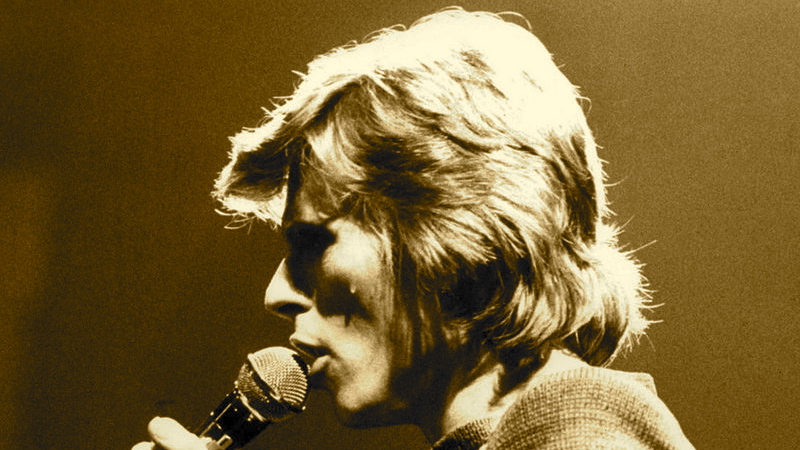 Lost in the shock of David Bowie’s death is the fact that it’s only a little more than three years since fans were wondering if we’d ever hear new music from him again. If we didn’t, that was OK. His two most recent albums, Heathen and Reality, had been very strong, and if that was his curtain call it was hard to complain. The January 2013 release of “Where Are We Now?” and news that a full album would soon follow ended almost ten years of musical silence. Depending on what denomination of Bowie-ism you practice, The Next Day was his best since either Let’s Dance or Scary Monsters. What was most intriguing, though, is the reason why.

It started with the songs, which were one of the most consistently strong collections of Bowie’s whole career. However, what ultimately made The Next Day so welcome is that it marked a wholehearted return to Bowie’s approach of remaking pop music genres in his own image. More specifically, it represented his embrace of the fact that “Bowie” had become something of a genre in its own right.

To some extent this was also true of his earlier post-millennium albums, Heathen and Reality, both of which had some great moments, including many songs that fit seamlessly in concert next to the “classics” in his final tours. With a decade or so of hindsight – and The Next Day as an added data point – those albums were so focused on proving that the “Bowie” genre was worth embracing that they couldn’t transcend it.

The difference with The Next Day is that, having proven the “Bowie” genre’s worth, the older, wiser but no less curious 21st century model of David Bowie opted to run with it and see how far he could take it. Sometimes that meant a look backward – at least in content if not in form – with the hypnotic rumination of “Where Are We Now?” Sometimes the form was “classic Bowie” but filtered through a lens that understands our fame-obsessed world better than just about anyone in the shape of “The Stars (Are Out Tonight)“.

That last song would have been great to hear live, but Bowie made it clear that touring was not in his future. Thankfully, new music was. Where The Next Day focused more on the “Changes One” period, Blackstar feels rooted – if such a word can apply – in the “Berlin trilogy” and its bookends Station to Station and Scary Monsters. As anyone familiar with Bowie’s mid-90s work knows, this is a musical place where Bowie’s heart has long dwelled, so it’s not surprising that he would return there for what he must have known would be his final album.[amazon template=right aligned image&asin=B00ZXWT4PC]

Blackstar is, of course, way too new – and at the moment too much of a raw nerve – for definitive judgments about where it stands among Bowie’s overall body of work. That said, “Dollar Days” is among the loveliest songs he ever recorded, and the title song matches the scope and ambition of Station to Station‘s epic title song. Longtime fans can also speculate whether the choice to use a jazz combo was the ultimate homage to Brian Eno’s legendary Oblique Strategies.

In short, Bowie‘s final artistic gesture was a conversation with his fans. Sadly, it will be an unfinished one, but that’s the nature of things, and I suspect we all got the better end of the deal.

PS. While we’re at it, you might enjoy other CultureSonar articles about great in Bowie’s general neighborhood: These Guys Were REALLY Behind the Music profiles some of the greatest-ever studio players; When a Beatle Wrote with Elvis should be relatively self-explanatory; as are Why Doesn’t Anyone Record Squeeze’s Songs?; That’s My Jam and a tribute to Bowie’s one-time hit-making collaborator John Lennon: Guitarist.