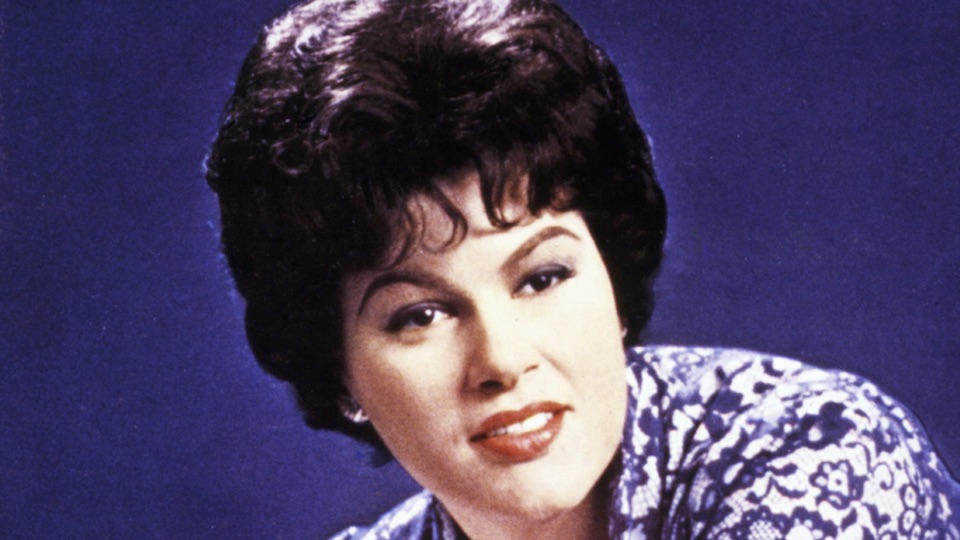 She called herself “The Cline.” And it wasn’t entirely ironic. The legendary Patsy Cline passed away in a plane crash on March 5 of 1963. She was barely 30 years old. Her career lasted somewhere in the vicinity of 5 years. But what a 5 years it was.

Her legacy has cast her as a glamour-puss, standing onstage in sleek gowns, belting out songs backed by the lush arrangements of Owen Bradley. But I see her as something different.

Patsy grew up poor in Virginia. Her father abandoned the family. She worked as a waitress to help out. She dealt with surly customers at a bus terminal lunch counter. She recalled having a bout of fever that somehow changed her voice so that she suddenly had the vocal power of Kate Smith. All the while, she was awaiting her chance. That came by way of Arthur Godfrey’s TV talent show.

In her short life, Patsy married. Twice. The first only lasted a few years. Then she met her soulmate, a slick roustabout named Charlie Dick, whom she stayed with ‘til that tragic crash. Both marriages were marked by turmoil, the result of her strong personality matched against those of her husband(s). Patsy had an outspoken, independent streak that was pushing against the rigid boundaries of her time.

When Cline was accepted into the Grand Ole Opry in 1960, she appeared onstage. In pants. This was unheard of. “Girl singers” routinely showed up on the stage of the hallowed Ryman Auditorium in modest gingham dresses or something similar.

She showed up like a member of the Ronettes.

“The Cline” had a reputation for being able to easily hang with tough male artists including Carl Perkins and Faron Young. They’d drink together at the legendary Tootsie’s Orchid Lounge, next to the Opry. And she was able to give as good as she got – especially when it came to telling dirty jokes. In short, she was one of the boys (most of whom she affectionately called “Hoss’).

Certainly, this was in contrast to the sleeker image she cultivated to match her later sound. Again, while most “girl singers” in Country music were still working that sweet, innocent look, she dared to sport gold lame’, red lipstick, high heels and a strong waft of “Wind Song” perfume. She was like Prince, pushing style boundaries. And, also like Prince, she didn’t play around with the notoriously shady side of the music business. Cline was among the first to demand that concert promoters pay her before she took the stage (and before they could abscond with the money, as many of them did).

Her motto? “No dough, no show.” She gave female artists permission to push back.

Then there was That Voice. Cline had an eternally silky style heard in songs like “Crazy,” “Walkin’ After Midnight,” “She’s Got You,” “Sweet Dreams.” Yet even in those rich, Bradley-backed songs, the raw, deep ache in her voice came through. It’s a tinge that can still be heard in artists ranging from Chrissie Hynde to Patti Smith, Linda Ronstadt to Ann Wilson.  What Patsy had is a songstress quality that translates across different musical generations — hairstyles and fashion be damned.

Reba McEntire is another singer who has carried her legacy. I was lucky enough to hear Miss Reba perform “Sweet Dreams” a cappella in Carnegie Hall (where Cline had once performed). Hearing that particular song, echoing in that hallowed acoustic space, stripped to its essence, was life-changing.

During her short life, Cline experienced more than her share of near-death experiences, including a devastating car crash. Right before the plane trip that would tragically end her life, she told a member of the Jordanaires (Elvis’s band), “Honey, I’ve been into two bad ones…The third one will either be a charm, or it’ll kill me.”

If that’s not a bad-ass, punk-rock attitude, I don’t know what is.