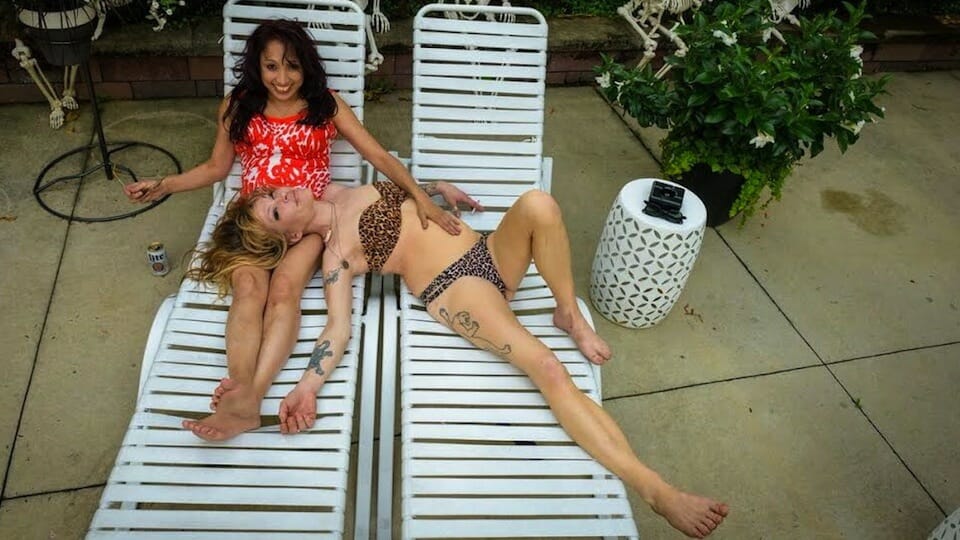 Considering that Jack White’s label Third Man Records has reissued their early LPs (Mink Rat or Rabbit and Life, Love and Leaving), perhaps now is the moment to pay some attention again to the serious rockers who are The Detroit Cobras. At the core of this richly retro garage band are front-woman Rachel Nagy and guitarist Mary Ramirez. Their shared impeccable taste in music has led to a renewed appreciation for such artists as the “5” Royales and Jackie DeShannon among others. What goes into their song selection? Ramirez shares some thoughts on that and more in this CultureSonar interview.

Q: Your first full-length record Mink Rat or Rabbit came out 20 years ago. Are there any songs from that first LP that still surface in your setlist?

A: Yes we do quite a bit of them… “Bad Girl,” “Outta this World,” “Midnight Blues,” ”Putty (In Your Hands),” “Cha-Cha Twist,” and “I’ll Keep Holding On.” Since our songs are so short, it’s easy to put a lot of them in, and as far as why…Well, they are easier to do live. Rachel and I got better at using the studio, I guess is the natural progression of any band. So we learned to stretch… For us, it’s not just performing a song, but achieving the feel that makes us love the song. When you have a singer as good as Rachel, you want to use [that] in ways that are more important than just performing on stage… But I guess you have to watch yourself and not get too carried away.

Q: You’ve made tunes by such iconic acts as The Yardbirds (“Putty in Your Hands”), Charlie Rich (“Midnite Blues”), and Otis Redding (“Shout Bamalama”) very much your own. Have you ever toyed with taking on a Beatles number?

A: “Putty” — I have never liked the Yardbirds‘ version… It’s rather white. The version I heard was Jean & The Statesides. Had I heard the Yardbirds version, I would’ve not wanted to do it. Beatles — Rachel claims to hate the Beatles, but seems to know all the words… But I get what she is saying. So we had heard Little Willie John’s “Leave My Kitten Alone” and recorded it. It wasn’t until we were doing an interview for NPR, and we were asked about doing the Beatles’ cover of “LMKA”… We were speechless. Not only did we not know, but nobody in the recording studio made a mention of it.

Q: Your work has also introduced less-well-known artists such as The Flirtations (“Nothing But a Heartache”), the “5” Royales (“Right Around the Corner”), and Billie Jean Horton (“Just Can’t Please You”) to new audiences. Is there an artist from the past who you especially wish more people knew about today?

A: When we started, I think there were more people that we thought needed to be recognized… like the “5” Royales, Irma Thomas, Nathaniel Mayer, etc. With YouTube, people seem to be searching more stuff out on their own, and that’s great. Believe it or not, there so many that we still are trying to do right by… and when we get it right, we’ll show it.

Q: If you were going to devote an album to a more contemporary band or songwriter, who might that be?

A: For me, contemporary can evoke something in the last five years, or last 25. All I can say is that I love the “5” Royales and could do an album’s worth, as well as Irma Thomas, but I care more of what feelings we are looking for… As for songwriting, Rachel always feels what she sings, and as they say “You gotta live the life you sing about.”

Q: The Detroit Cobras have rocked with a long lineup of musicians in the studio and on tour over the years. If you could pull in any guitarist, bass player, and drummer, living or dead, for your next record, who would you choose?

A: That’s sort of a silly question because you can never tell how you will work out with any particular person. A great musician is not the right person for every band. The reason that The Wrecking Crew and The Funk Brothers worked so well, was because they played with each other all the time. When you are in that situation, it’s like you are constantly practicing, so your main concern is feeling it and playing it out… not performing on stage. That being said, of course, I have guitar, drum, and bass heroes… Those are your guides.

Q: Your website mentions that you’re working on new music. Is there a new album slated? What more can you tell us on this front?

A: We recorded a 45 for Third Man… and I am really happy with it. I do not know the release date. We also got a new song from someone really cool, just don’t want to jinx it, and Rachel and I are experimenting with some words. Oh, I almost forgot… We have a song on the usual iTunes, TuneCord, etc. Its called “Feel Good” and only available online.

Photo Credit: The Detroit Cobras by Doug Combe courtesy of the band

0 comments on “The Detroit Cobras: Retro Rock That Hits the Spot”