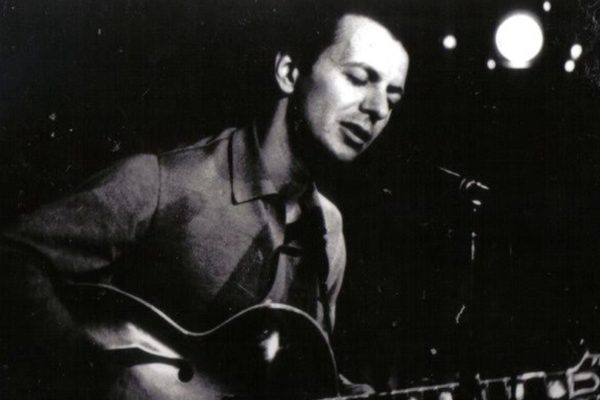 When Dion’s name is mentioned, those in the know remember his string of rousing pop-rock hits from the late ‘50s and early ‘60s such as “Runaround Sue,” “The Wanderer,” and “Ruby Baby.” But even considering his later classy folk-pop classic “Abraham, Martin and John,” Dion is thought of today primarily as a teen idol from an era loaded with them (Fabian, Bobby Rydell, Ricky Nelson…). The truth is far different, however, and this exceptional archival release of Kickin’ Child: The Lost Album 1965 shows Dion to be a brilliantly talented, forward-thinking musician who was much more than a Johnny Danger type.

Although by 1964, Dion’s career was waning ever so slightly, he was still able to secure a lucrative recording contract with Columbia Records. But instead of serving up another collection of pop confections, he took a different tack. You see, he had already begun to immerse himself in the Greenwich Village progressive folk scene; haunting clubs hearing brilliant singer-songwriters as Fred Neil, Tim Hardin and of course, Bob Dylan. Duly inspired, he began writing his own folk-rock songs then rehearsing them with his road band. This was a fresh direction for him, and the vitality of this material was obvious.  Dion always had a “street” sensibility to him, and it was clear that he had his finger clearly on the pulse (actually the jugular) of where things were at circa the mid ‘60s. His record label had a different idea…
In their infinite wisdom, CBS decided that Dion would become the next Bobby Darin (not that there’s anything wrong with that), and attempted to morph him into a swinging pop star covering standards and MOR fair such as “You Made Me Love You.” Fortunately, Dion had an ally in staff producer Tom Wilson, who had been supervising Dylan’s sessions. A deal was worked out that for every pop side Dion covered, he would get equal studio time to work with Wilson on this new direction. A half century later we finally get to see the results: this late but lovely Kickin’ Child.

The title track and “Two Ton Feather” show Dion to be a songwriter of great wit and charm, capable of merging a New York sensibility with a confessional approach. Surely, Dion had caught some Fred Neil sets in The Village in ’64 or ‘65. At the other end of the scale, “My Love” is a tender ballad that would not have been out of place in the early Byrds catalogue. A few well-selected covers such as Tom Paxton’s “I Can’t Help But Wonder Where I’m Bound” and Dylan’s “It’s All Over Now, Baby Blue” show Dion to be a brilliant interpreter, owning these songs to a degree that they sound as though Dion had written them himself. One other Dylan cover, “Baby, I’m In The Mood For You,” has hit single written all over it. Obviously it would have sounded fabulous on AM radio in 1965.

Members of Dion’s road band The Wanderers back the singer on most of the songs, and they infuse the tracks with a spirited solidarity that makes you wish you could’ve heard these tracks live. The sessions were augmented by several of the same studio players who’d backed Dylan on Bringing It All Back Home, including the ubiquitous Al Kooper on organ. This brings us to the fact that this is an undeniably New York record, loaded with a hipster cred and a wink of the eye unlike typical west coast folk-rock. What you have here is a truly vital lost album with only a few of the songs previously released back then as one-off singles. Suddenly Dion has emerged as a peer of early folk-rock pioneers like P.F. Sloan, Tim Hardin, and Gene Clark. Who saw that coming?

– This is Matthew Greenwald‘s first post for CultureSonar. Welcome!

PS. You may also enjoy our posts “Triplicate” Is Dylan’s Take on The Great American Songbook and The Top 5 Dylan Covers by The Byrds.