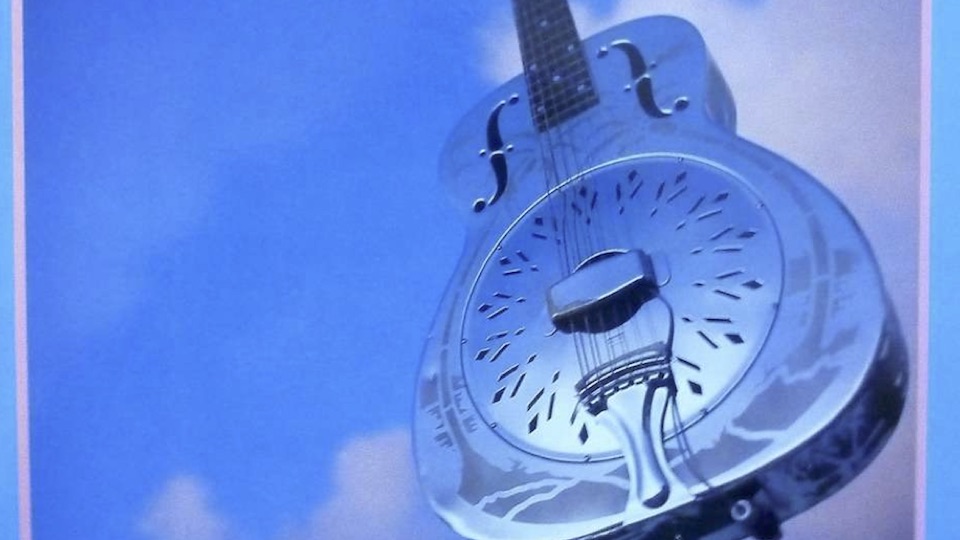 Released on May 13, 1985, Brothers in Arms was a catalyst for both Dire Straits and delivered a host of firsts. Format-wise, it was one of the first albums planned specifically for CD release and was captured digitally onto a Sony 24-track digital recorder. The video for “Money for Nothing” became one of the most played on the relatively new MTV, swept their Video Music Awards show, and was one of the first instances of computer animation on that channel. It was directed by British filmmaker Steve Barron. Heck, it beat out the classic video “Take on Me” by Aha, also directed by Barron! The music video was a very early example of CGI that was crude but mesmerizing, causing to be fixated on the blocky characters and oddly smooth movement. Also, the album closer “Brothers in Arms” is the first single released as a CD. And the album was the first to sell 1 million copies in a CD format – outselling its LP version.

The music on the album was uniquely Dire Straits, but let’s start with some backstory on the band. Formed by brothers David and Mark Knopfler 8 years earlier, by the release of Brothers in Arms, this British band had already seen success in the now-classic “Sultans of Swing” (1978) from their debut album, and other minor successes in singles such as “Private Investigations” (1982).

Related: “David Knopfler: From Dire Straits to Playing His Own Tune”

The band had formed while Mark Knopfler was still teaching at an art college. With help from longtime friend-musicians John Illsley (bass) and Pick Withers (drums), the group pulled together demos of songs including “Sultans of Swing.” They failed to sign with a major distributor but did manage to get airplay on a London BBC Radio show, which ultimately led to a contract and their debut album Dire Straits (1978). In contrast to the punk scene that was blossoming both in the UK and US, the album was more jazz-like, with precise guitar playing by Mark Knopfler and a sound that was part folk, part soft rock, and part country.

It was this uniqueness coupled with Mark’s half-singing-half-talking-more-melodic-but-similar-to-Dylan voice that captured attention. Their debut album yielded Grammy’s for Best New Artist and Best Rock Vocal Performance by a Duo or Group for “Sultans of Swing.” What followed was three more albums, leading to Brothers in Arms. It was the penultimate album because, after their next album On Every Street (1991) and a worldwide tour, Mark Knopfler decided it was time to stop. And stop he did because he has declined multiple offers to re-form the band and instead concentrated on a solo career. Dire Straits was inducted into the Rock and Roll Hall of Fame in 2018, but Mark Knopfler declined to attend, which dashed any chance of even one more performance by the band.

Reviews for Brothers in Arms were relatively poor initially, especially in the UK. There the album was labeled a rehash of previous work by Dire Straits. The songs were regarded as trite and the humor and cynicism forced. In the US the LP received more positive reviews, especially for the quality of the recordings and Mark Knopfler’s guitar work. The album did win a Grammy for “Best Engineered Album, Non-Classical.” But almost ironically, as many works are often initially panned and later loved, Brothers in Arms has since become highly regarded. In 2003 it was ranked by Rolling Stone magazine as the 351st in their “500 Greatest Albums of All Time.” It has sold more than 30 million copies worldwide. It is in the top-ten best-selling albums of all time in both the UK and Australia.

So, what makes the album so good after all of these years? Let’s put aside the top-charting songs that we’ve all heard since 1985 including “Money for Nothing,” “Walk of Life,” and “So Far Away.”  What’s left on the album? Lots.

“Your Latest Trick” is a jazzy tune that has a somber trumpet intro on the CD version and features synth keys and a Kenny-G style sax woven throughout the song. With lines like “You played robbery with insolence, and I played the blues in twelve bars down Lover’s Lane,” it’s a bit kitschy but beautifully rendered. And “Why Worry” is a soft and soothing 5-minute instrumental that includes stunning and delicate guitar picking by Mark Knopfler overlaid with swirly synth pads and keys.

“Ride Across the River” and “The Man’s Too Strong” are examples of the social commentary the band sprinkled throughout their releases. In this first case, the story is about a war-weary soldier who comments on how meaningless it all is. “Oh, nothing gonna stop them as the day follows the night, right becomes wrong, the left becomes the right, and they sing as they march with their flags unfurled, today in the mountains, tomorrow the world.” And “The Man’s Too Strong” is a folksy country song about the terrible things that an aging warrior has done at the behest of “The Man,” and his confession to a priest about them. The song alternates between melancholy guitar and lyrics that stab to juxtapose both the weariness and the horror.

“One World” is a bluesy number that questions the motives of a third-person world leader while lamenting that the singer “Can’t get no remedy on my TV” and “they can’t find a way to be one world in harmony.”

The album closes with the titular “Brothers in Arms,” penned about the 1982 Falklands War. Beyond the emotional guitar work and gorgeous arrangement, the lyrics classically story tell the irony and sadness of fighting wars, closing with the line “we’re fools to make war, on our brothers in arms.”

And it’s perhaps the weariness and frustration in these songs combined with the precise musicianship that makes Brothers in Arms an endearing and classic album. If you’ve only ever enjoyed the big hits on this LP, you’re missing out on the deeper emotional messages that have made this timeless album seem purposeful and relevant 35 years later.