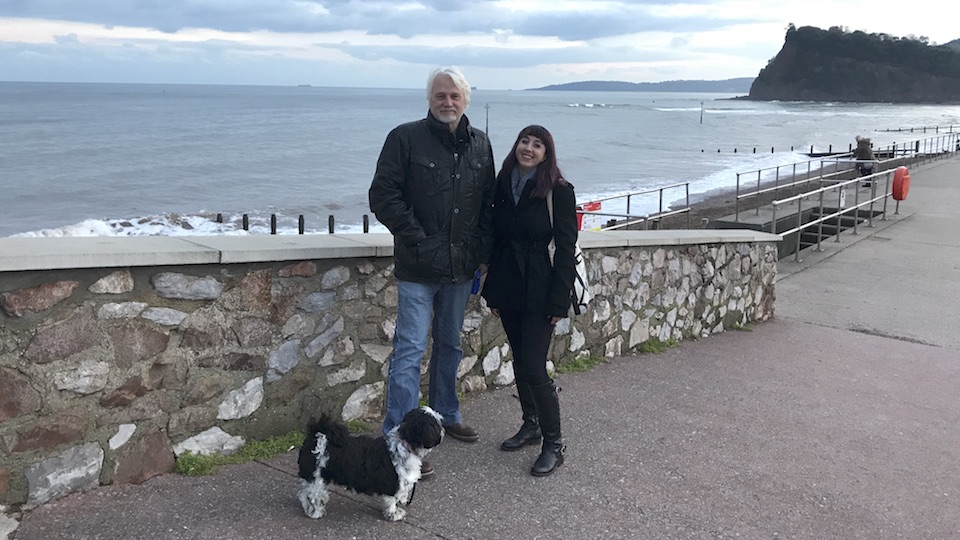 Unlike the singer in Dire Straits’ “Expresso Love,” David Knopfler does, in fact, want sugar in his coffee. We’re sitting with cappuccinos in a secluded room of a wooden pub in the south of England, chatting about the whirlwind that has been his musical career.

“It was all good, it was all insane — the speed at which it took off,” he said.

Dire Straits, founded by David and his older brother Mark, released their debut self-titled album in 1978, featuring the monumental hit “Sultans of Swing,” which sent the band touring across the world. But before all that, came a pair of brothers working in offices and classrooms by day, and strumming guitars by night.

Though born in Glasgow, Mark and David moved with their parents to Newcastle at an early age. As they got older, they began to pick up different musical instruments to try out, including a banjo kept under their grandmother’s bed, which David used to hit like a drum. He received a much more appropriate drum kit at age 11.

In high school, students were offered the option to take a Scandinavian cruise as part of a learning excursion, but Mark declined in favor of something far more interesting: a bright red, imitation strat, Hofner Super Solid. David, younger by four years, was forbidden from playing it but would sneak it out when Mark left the house. In lieu of an amp, which they couldn’t afford, the boys figured out how to plug the guitar into the family radio.

“It was such a thing to have an instrument like that around that friends would come round just to play it,” said David. “It was quite a thing to own an instrument in those days, to have a guitar. There were only about three or four guitarists in the whole school.”

David, meanwhile, had traded a coat for a ten-shilling Tommy Steele style guitar. (His first “real guitar” didn’t arrive until he was 21 when he picked up a secondhand Harmony Sovereign in Bristol.)

As teenagers, the brothers would see dozens of shows at the Newcastle City Hall. It was there that David saw Jimi Hendrix play in the mid ’60s — the height of his career.

“It was fantastic, I nearly wet myself…the volume moved through you,” he said. “That was a big thing, I wanted to be him for 3 years.”

In 1965, Mark saw Bob Dylan live in Newcastle, the tour on which Dylan became infamous for playing the second half of his show with an electric guitar, but both the Knopfler brothers felt drawn to the rebellious attitude of music in that decade. In school, David had gotten kicked out of the folk club after his instructor discovered that he had not actually been reading the sheet music at all, but simply learning by ear.

“Things were happening that had never been heard before,” he said. “You did music despite and in contradiction to all the rules. It was absolutely an outside, rebel thing to do.”

Mark, who spent a few years working as a journalist for the Yorkshire Post, wound up with a college teaching job just north of London, while David finished school in Bristol. With two guitars at David’s place, Mark would hop on his motorbike to Bristol and the songwriting would commence. When David took a job as a social worker in London, it was his brother’s floor that he crashed on, and it was his brother’s floor that the first Dire Straits record got written on.

“I spent a lot of time on his floor until he couldn’t stand it anymore and kind of advised me I needed to get my own place,” David said. “His sex life was destroyed by my presence.”

But it was the destroyed sex life that led to the creation of Dire Straits. David began sharing a flat with John Illsley, who would become the bassist for the band, and Mark brought Pick Withers into the mix. The stage was set. After the success of the first album, they toured extensively, including a stint as the opening band for the Talking Heads.

“Mark had a way of making other players feel special, he’s such a wonderful performer…anybody who plays with him feels that they’re a bit better than they really are,” said David. “He was very adept at making the most of what was there.”

But overnight success is never easy to grapple with. David, who was never particularly interested in being a household name, recalls the band’s marketing manager encouraging him to come round to the idea, joking that he didn’t want to end up as a cult band like Little Feat. That, in fact, was exactly what he wanted.

“I didn’t want to be mass market, I wanted to be cool more than anything. Being cool was the be-all and end-all of everything for me,” he said. “We were never cool as a band. We were hugely successful, ridiculously successful, but cool was just not on the agenda, unfortunately.”

As their success grew, so did the pressures. David played Mark Damn the Torpedoes, Tom Petty’s 1979 album, believing it was the direction Dire Straits should head, with its big guitars and big drums. Perhaps heeding the advice, Mark insisted the band record the third album, Making Movies, at the Power Station in New York, and brought in Jimmy Iovine, the producer from Petty’s album. In addition, the band was playing more and more stadium shows, but it had begun to feel phony.

“The spontaneity had gone out of it, we were really performing the same parts with the same gestures, and the smiles were getting more and more forced…it had gotten really artificial,” said David. “I knew who I was, but I didn’t recognize myself in the public persona.”

Being in a burgeoning rock band is challenging enough, but it’s made particularly challenging when you’re in one with your overbearing older brother.

“Sessions got very fraught..I wasn’t really ready to treat Mark in the way that he wanted to be treated. He was my brother. He expected to be treated like Bruce Springsteen really. I’d never worked as a session musician for somebody, and I certainly didn’t see myself as a session musician, I saw myself as an integral part of the band, a band that I technically founded,” said David. “Mark was going to make a career for himself no matter what…I wasn’t ready to just bend over…bullying me was not something that Mark was unused to.”

David’s tracks were ultimately wiped from the Making Movies sessions, and he had decided that the extreme rock n roll lifestyle Dire Straits was now a part of was not for him. He left the band in 1980.

“I was emotionally fragile, after too much drinking, too many drugs, too many late nights, too many shows, not a minute to reflect,” he said. “I was used to being on the outside looking in… The last thing I was used to was talking in the first tense all the time, being encouraged to be as narcissistic as possible. It really wasn’t who I was. It was a wonderful relief to be out from under that, it was stifling.”

After Dire Straits, David went on to produce countless of his own solo albums, with his latest record, Heartlands, having been released this past June.

“Old age is making me speed up,” he said. “it’s never flowed faster, and I can’t seem to stop it.”

For several years now, he’s been writing more acoustic music, playing smaller shows and working with guitarist Harry Bogdanovs, a touring partnership that’s been threatened recently by the possibility of Brexit. As part of the EU, citizens of the United Kingdom are able to freely move between fellow EU countries, but if things change, it would create mountains of visa costs for musicians and bands wishing to tour.

“If I can’t freely get out there…is it worth it? At 66 you just want good days,” he said. “It’s the kind of thing that giant bands like The Who don’t need to worry about, they have a management company of ten or twenty people who will just take care of it. They’ll ask for Roger’s passport and it will come back stamped and he won’t have to think about it, but for bands that tour at the level that I do…it becomes a bit touch and go about how difficult it’s going to be.”

These days, he doesn’t keep too many tabs on his former bandmates, though he does note that he would play with Mark again, given the opportunity.

“It would be a pain in the ass socially, but it would be wonderful to do musically,” he said. “With siblings, if you’re lucky, it’s an absolute glorious blessing at its best, and at its worst it’s nightmarish.”

Last year, Dire Straits were inducted into the Rock and Roll Hall of Fame, though neither brother attended the event. He jokes that one of the best things to come out of the first two Dire Straits albums for him were the royalties.

“I’m not a nostalgic kind of guy, I don’t spend too much time looking backwards, I tend to be very much in the present. I get out of bed and I’ve got a studio to go to and a song I’m in the middle of…and away I go,” he said. “You couldn’t ask for more, my life is good as far as I’m concerned. And then I’m lucky enough that I can go out and tour as well. There’s always somebody who’s got it better than you have, and there’s always somebody who’s got it worse. The trick for me has always been to look at how lucky I am — I’m doing my own work.”

David and his wife took me to Teignmouth beach, a quiet coastal town not far from his home. He mentioned at the end of our walk that his studio was calling, and indeed it’s his current songwriting that gives him the most joy and serves as the best representation of who he is as an artist. His next album, due shortly, is called Last Train Leaving, though it will almost certainly not be his last admirable mark on the music world.

“Springsteen has an expression which he uses — when he’s listening to himself, he says ‘do I believe him?’ and I’ve adopted that,” he said. “A song doesn’t have to be just the truth, but it has to have a certain artistic integrity…the essence of the emotional experience is honest. I think I’m getting closer to that all the time.”

Photo: David Knopfler with the author (courtesy of the author)

4 comments on “David Knopfler: From Dire Straits to Playing His Own Tune”