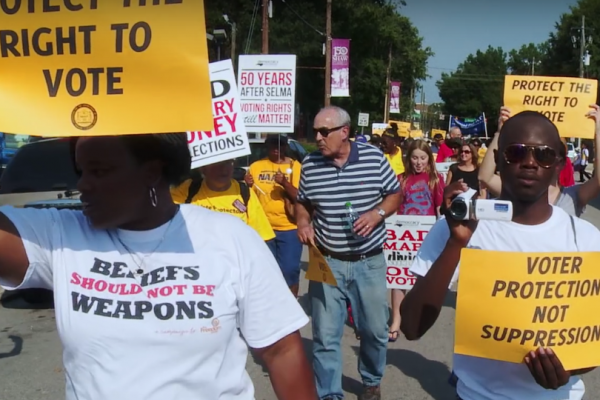 Never mind the Golden Age of Television. This is the Golden Age of Documentaries. Need proof? Head on over to SundanceNow Doc Club, an ad-free streaming site that not only showcases some of the greatest docs of the past (Jiro Dreams of Sushi, Stop Making Sense) but also some amazing contemporary ones (Bill Cunningham New York, The Staircase). The Doc Club’s General Manager Marcus Lee gets real about the leading streaming service exclusively for documentaries.

Q: How did the Doc Club come about?

A: We wanted to give people the feeling of going to their local video store and having the super-knowledgeable “film geek” recommend films based on a conversation you had with them. I started a year ago and we already had great curation from people like Susan Sarandon and Ira Glass. We did a great collection with Alex Gibney (Going Clear), who was fantastic to work with. He had an interesting approach. Instead of simply picking his favorite docs, he picked his favorite docs that he thought were underappreciated…It was really cool to work with such an accomplished documentary filmmaker who made recommendations as not only a fan but as a member of the documentary community.

A: I find The Staircase to stand out so much from other true crime documentaries because the level of access is ridiculous. This guy is on trial for murder and the filmmaker is seemingly in his house every day while he goes through the experience of being convicted of murdering his wife, dealing with his lawyers and interacting with his family during an exceptionally stressful time. Multiple times an episode, I would look at my wife and say, “How is the filmmaker in the room right now?!?!”

Q: What would you encourage someone to see as an intro to the Doc Club?

A: Our first original series, Take 5: Justice in America, which we announced at Sundance [Film Festival] and premiered in May. It’s a collection of five 5-minute short films on various aspects of justice in America. They are compelling pieces and a great way for new visitors to get started.

A: This October we will be releasing David Shapiro’s Hamptons International Film Festival Golden Starfish-winning Missing People and Sterling Noren’s Run Free: The True Story of Caballo Blanco, a film chronicling the life of American ultra-running legend Micah True. Missing People is a fascinating portrait of Martina Bartan who, after finding inspiration in painter Roy Ferdinand, sets out to learn more about her brother’s 1978 murder, while exploring her own feelings regarding his death…Run Free follows ultra-runner Micah True’s quest to create an ultra-marathon in the Tarahumara region of Mexico – a 50-mile run combining aspects of traditional Tarahumara barefoot running culture and the ideology of modern ultra running.

Q: What’s the nicest response you’ve got regarding the Doc Club?

A: I get so many compliments and kind words from our members, who talk about how much they love the service, so it’s hard to pick out one. I do have a great memory of the collective excitement that the filmmakers for Take 5: Justice in America had for our service and for that project. It sticks out in my mind because while we work everyday to be the best service for our members as we can, we also strive to be a platform for filmmakers – a place where their voices can be heard. The former is more obvious to most people but the latter is just as rewarding.

0 comments on “The SundanceNow Doc Club Is Keeping It Real”