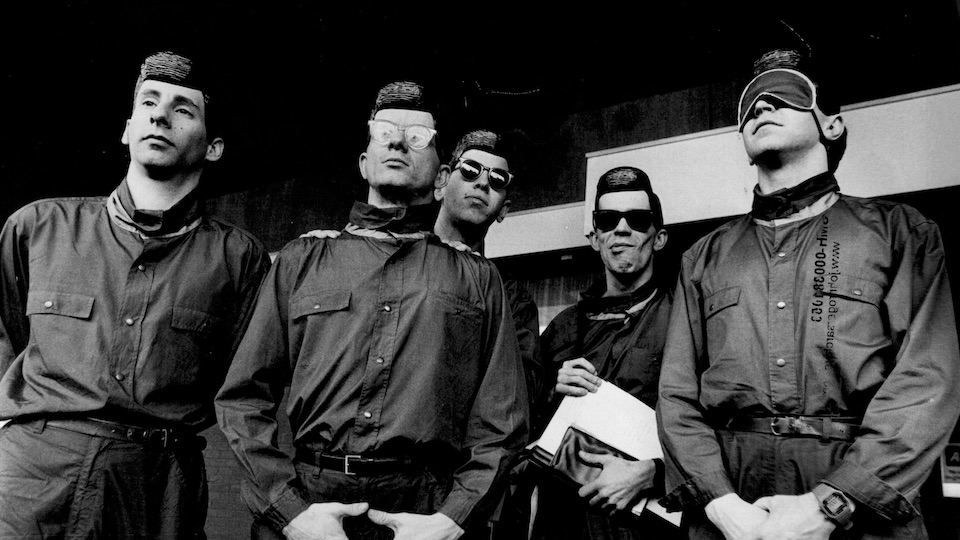 Some time back, we asked the question, “What is the operational definition of a one-hit-wonder?” Seems like a simple question, but as with most things, the devil is in the details. List after list of one-hit artists are scattered about online. Top 10. Top 20. Top 100. That’s not what this is. The real debate is not which performers are truly deserving of the title “one-hit wonders” but which ones aren’t. How do some bands go about reconciling a label they probably don’t deserve, and certainly don’t want. With that in mind, here are 10 artists who have appeared on such “one-hit” lists who really aren’t that at all.

Devo scored one Top 40 hit with “Whip It” (Number 14). That’s it. But to call Devo a one-hit-wonder is not only misguided, it also shows a total lack of appreciation for the band’s innovative style and particular brand of genius. Thank goodness The Ramones, a contemporary in many ways, never charted a song in the Top 40, or we would have to deal with that nonsense too. (Check out: “Beautiful World”)

Don McLean does not qualify as a one-hit-wonder by any measure. “American Pie” — widely known to be a tribute to “the day the music died” — is such a monster of a song that it overshadows McLean’s other five Top 40 singles. That’s right, five! Presumably, radio stations all over the country have room for only one Don McLean song on their playlists. They should add “Crying” (Number 5) or “Vincent” (Number 12). Both are immediately recognizable albeit largely forgotten by many. Don McLean and “American Pie” are words rarely spoken in separate sentences and in doing so, relegate McLean’s entire discography to a single song. (Check out: “Vincent”)

When Tommy Heath noticed Jenny’s number on the bathroom wall, Tommy Tutone’s fate as a one-hit-wonder was all but sealed. But Heath’s debut album Tommy Tutone is outstanding and includes the hit “Angel Say No”, which broke into the Top 40 at Number 38. There is no debating that Tommy Tutone is singularly known for “Jenny” but does that mean it erases the band’s other charting single altogether? How high does a second single have to chart for a band to lose the baggage of being labeled a one-hit-wonder? (Check out: “Angel Say No”)

Newman’s satirical take on “Short People” in 1977 somehow climbed all the way to Number 2 on the Billboard chart. But his talents as a songwriter, recording artist and film composer are far exceeded by the success of that one tune. Newman has the distinction of scoring a musical composer’s hat trick: winning a Grammy, an Emmy, and Academy Award for his work. Additionally, he was inducted into the Rock and Roll Hall of Fame in 2013. Randy Newman probably wishes he had never recorded “Short People.” He may technically qualify as a one-hit-wonder, but certainly, common sense tells us differently. (Check out: “You’ve Got a Friend in Me”)

Technically, John Waite may be considered a one-hit-wonder and appears on such lists with regularity. Really? His solo smash “Missing You” cracked the top ten (Number 9) in 1984, although “Change” should have charted in the Top 40 and was released twice as a single. Regardless, John Waite was the lead singer of The Babys and Bad English; bands that helped define the ‘80s sound. John Waite’s music isn’t defined by his solo albums alone and no one would call Waite a one-hit-wonder to his face. (Check out: “Change”)

If there is a Gerry Rafferty song coming through your radio speakers, you can bet a bundle it’s “Baker Street.” Rafferty’s albums City to City and Night Owl, released in 1978 and 1979 respectively, were strong issues and charted five Top 40 singles. “Right Down the Line” peaked at Number 12 and is a fantastic cut. Anyone familiar with Rafferty’s late ‘70s success would never place him on a list of one-off artists, ever. (Check out: “Right Down the Line”)

A Flock of Seagulls

It’s hard not to like “I Ran (So Far Away)”, even if ‘80s music isn’t your thing. Paul Reynolds’ guitar work, as a teenager mind you, is mesmerizing. In 2002, the song found a whole new audience due to its inclusion in the video game, Grand Theft Auto: Vice City. But ‘80s music fans would instantly recognize “Wishing” and “Space Age Love Song”. Both songs charted in the Top 40 reaching Number 26 and 30 respectively. Three Top 40 songs should exclude any band from being called a “one-hit wonder.” (Check out: “Wishing”)

Related: “A Flock of Seagulls Have Their Own ‘Orchestral Maneuvers’ Now”

Kim Wilson’s powerful vocals along with Jimmie Vaughan’s scorching guitar style helped make the blues cool again in the 1980s. The T-birds single, “Tuff Enuff”, was the band’s only release that charted in the Top 40, reaching all the way to Number 10. But it serves no purpose to classify any band that crosses genres into mainstream popular music as a one-off success. Country music superstar Lynn Anderson hit number 3 on the Billboard Hot 100 with “Rose Garden”. She’s not a one-hit-wonder and neither are The Fabulous Thunderbirds. (Check out: “Powerful Stuff”)

If ever a Mount Rushmore of smooth jazz artists is carved on a hillside, Grover Washington, Jr. would certainly be immortalized in granite. Washington, both as a saxophonist and a composer, helped redefine the jazz, funk, and soul sounds of the ’70s and ’80s. Although he had hits scattered on the Jazz and R&B charts, his 1981 crossover smash, “Just the Two of Us”, performed with the great Bill Withers, is the song almost singularly attached to Washington’s success. The track reached Number 2 on Billboard’s Hot 100 while the album from which it came, Winelight, climbed all the way to Number 5. The record was a masterpiece and hit Number 1 on Billboard’s Jazz charts and Number 2 on their R&B album rankings. Placing Grover Washington, Jr. on any list of one-hit wonders is just plain disrespectful.
(Check out: every track on Winelight)