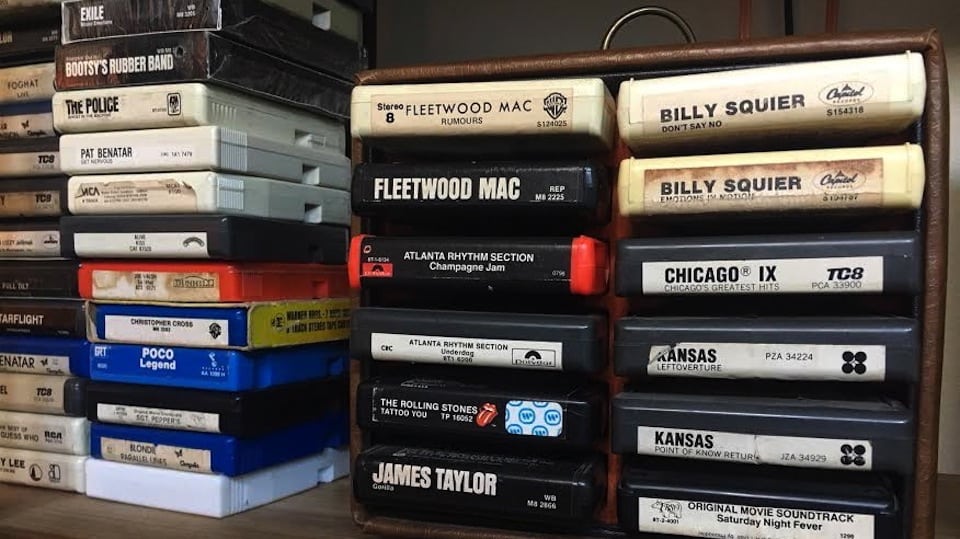 What is Classic Rock”? Seems like an easy enough question to answer, but as with most things, the devil is in the details. Music fans would certainly agree that Pink Floyd and Led Zeppelin are classic rock staples for any such radio playlist. But what about U2 or Nirvana? What years would encompass the classic rock era?

A few years ago, Nate Silver’s data-driven website FiveThirtyEight.com set out to answer that very question. Writer Walt Hickey monitored 25 classic rock radio stations operating in 30 of the country’s largest metropolitan areas for an entire week in June 2014. The massive pile of data collected, and the host of numbers crunched by Hickey were not only revealing but fascinating. Among his many findings were:

Related: “Redbeard Reflects On the End of an Era In Rock Radio”

With apologies to Nate Silver and his crew, there is an easier way to define classic rock. Any rock album released on 8-track that was purchased through the Columbia Record Club should now be considered classic rock. You laugh? Seriously? Think about it.

Although the technology is often ridiculed today, 8-track tapes were massively successful in the United States. Developed in the mid-1960s by Bill Lear of Lear Jet fame, the 8-track tape proved to be the first truly portable music format. America’s automobile industry realized the unique opportunity 8-tracks offered so both Ford and GM fueled improvement in the sound of 8-track cartridges and stocked many models with dashboard tape decks. It’s no coincidence that the classic rock era and the American muscle car craze alike found firm footing in the mid-1960s. Jimi Hendrix sounds much better coming out of a 1968 Plymouth Road Runner than Conway Twitty.

Of course, when your ride had a state of the art 8-track tape player, the next step was to stock up on 8-tracks. Here’s where Columbia House enters the party. The Columbia Record Club started marketing 8-tracks in 1966, again right around the time of what is now considered the start of the classic rock era. Prospective record club members were lured into joining with a deal that offered twelve records or tapes for a penny. A penny! Additional purchases down the road were required, but many music fans back then probably joined the club more than once. Some may have joined under a pseudonym and sent the tapes to the empty house across the street. Rock fans built music collections through Columbia House by the millions. As stacks of records and tapes filled shelves and brown faux leather 8-track cases all over America, record companies marveled at the river of money that flowed through their hands with each platinum release. The 8-track/classic rock era was a lightning strike for record companies.

In fact, FiveThirtyEight’s own data supports this timeline. The numbers show that when the classic rock songs played are broken down by year of release, the years that account for a minimum of 2% or more of the playlist start in 1967 and end around 1987. That’s a whopping 20-year period! The beginning of the era makes sense, but 1987 doesn’t seem to follow the 8-track timeline. By 1987 the music buying public was well into the cassette era and, in fact, entering the beginning stages of CDs. But here’s an interesting tidbit most people don’t know. Columbia produced 8-tracks well into the mid-1980s, even as late as 1988.

While the start of what is now considered the classic rock era is generally agreed upon, the end of the era is fuzzy at best. FiveThirtyEight shows some music played on classic rock radio dates well into the 2000s, a few songs past 2010. Say what? Green Day and Avril Lavigne? No way. Radio stations that play classic rock have muddied the waters here. But the reason for the grey area isn’t hard to figure out. There is a difference between Classic Rock radio and Classic Hits radio, and although most broadcast radio stations know their place in music’s universe, a few understand that change is inevitable. Playlists evolve and include new music to survive. Classic Rock stations are broadening their playlists within the classic rock genre while others are throwing songs on the wall to see what sticks. Makes sense.

So, with apologies to FiveThirtyEight and Walt Hickey, classic rock can’t be defined by spreadsheets of data and some sort of algorithm. If you want real classic rock to come out of your stereo speakers, it’s time to pop in an 8-track tape. Too bad that Bob Seger cartridge needs a matchbook jammed underneath it to keep it playing.

1 comment on “The Easiest Way to Define Classic Rock”