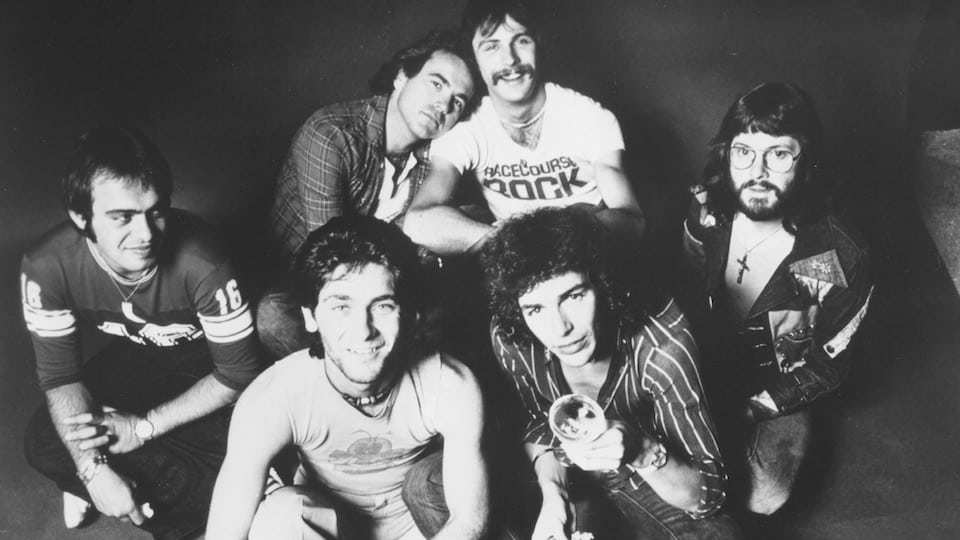 There’s nothing little about the Little River Band, an Australian supergroup with a long, rich history of making megahits. And despite churning through thirty individual members since their start in 1975, the still-touring LRB — which currently has none of the original players — has sold more than 30 million records, with ten singles reaching the top 20 on the Billboard Hot 100. (That makes them the second most successful Aussie pop group after the Bee Gees). Because of that, anyone who listened to ‘70s and ‘80s FM rock radio is likely to recognize most, if not all, of the songs below.

Written by Brit Pop super-force Mike Chapman, this was the last of the Little River Band singles to chart. (It peaked at 22.) Included on the band’s Get Lucky LP, the song creates an effective portrait of someone who continues to plug along despite failures and misfortunes. Can you feel it? It’s what you might call a good Friday night drinking song.

When John Farnham left the Little River Band to record a solo album, the band turned to alum Glenn Shorrock to record this song on their Monsoon LP. Stephen Housden, their lead guitarist for much of the ‘80s, keeps this one well-grounded as do the harmonies. The song made it all the way to 18 in the US and stayed on the chart for thirteen weeks.

From the LRB album The Net, “We Two” features Farnham on lead vocals and Housden on lead guitar. It was also one of the last songs with original member Beeb Birtles. Interestingly, this song (and album) marked a new direction for LRB that was decidedly more pop; you still get the customary LRBand harmonies but Farnham’s lead vocals are distinctly not the Little River Band of yore.

This track off Time Exposure features Glenn Shorrock on lead vocals. Written by Graham Gobles, the tune (which got seriously heavy rotation on the radio) ends with a sizzling guitar solo by Dave Briggs, who’d left LRB by the time the song had made it all the way to number six. “There’s a bar right across the street / He’s got a need he just can’t beat.”

Related: “Two Decades of Number One Guitar Solos in Number One Songs”

Released as promotion for LRB’s Greatest Hits album, the first song with Farnham as lead vocalist is again penned by Goble. “The Other Guy” peaked at number 11 in the US and recounts the lamentations of a probably divorced dad who still loves the mother of his children and scoffs at his competition: “The other guy won’t be around to talk to our kids / He won’t understand when you’re down the way that I did.”

Another Goble classic, this one went as high as number three and was purportedly one of John Lennon’s favorites. A romantic retelling of a long relationship, the lyrics start with nervous early dates then ends with cherished memories. Distinguished by an effective trumpet solo, “Reminiscing” also proved to be the group’s most successful US release: It achieved 5 million plays on American radio thereby earning it the BMI Five Million-Air award.

Arguably Goble’s best, “Lady” effortlessly segues from acoustic guitar to lilting piano riff to some seriously soulful singing by Graham. Is it country? Adult contemporary? Pop ballad? Who cares! On guitar, Briggs delivers a clean and catchy riff that’s the perfect melodic break in a tune that recalls a heartbreaking encounter with a long-ago lover on a dance floor. How did this one only make it to number 10 on the Hot 100?

This number from Diamantina Cocktail may not have done as well in the US (No. 14) as in Australia (No. 1) but Shorrock’s lyrics feel more timely than ever with phrases like “What’s it like inside the bubble? / Does your head ever give you trouble?” and “Are you always in confusion? / Surrounded by illusion?” This may be as prescient as LRB gets, plus it ends with an expert guitar solo — which was customary for Little River Band songs of the late ‘70s.

Thanks to this one’s captivating a capella intro, no other song better reminds us of what a vocal powerhouse LRB was in their prime. Written by Briggs, this top ten hit chides its titular subject but the actual song received nothing but praise — like a Grammy nomination for Best Performance Pop Performance by a Duo or Group.

This early smash from First Under the Wire was an introduction for many to LRB and boy has it aged well. In 2001, the Australian Performing Right Association rightly deemed it one of the Top 30 Australian songs of all time. Who are we to argue? With its memorably smooth sax solo, the song advocates breaking free of routine and that’s a message we still need to hear.