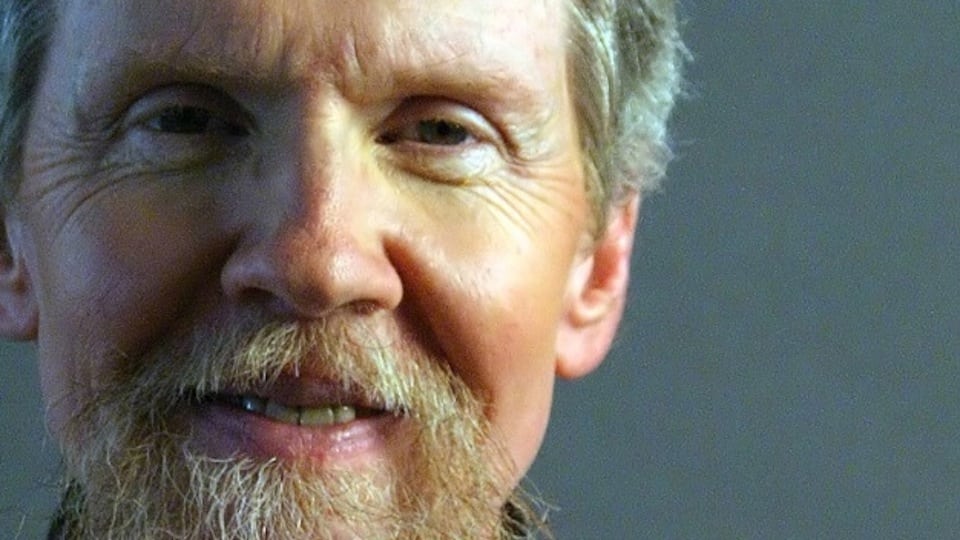 Any fan of classic rock knows the smooth, measured voice of the man known as “Redbeard.” He’s hosted the syndicated show In The Studio since 1988. This June marks its 30th anniversary. Over a career spanning 40 years, Redbeard has given music fans a peek into the making of many of rock’s most iconic albums, as shared through the eyes of the music legends that made them.

From Bryan Adams to Warren Zevon (and everyone in between), rock stars have shared the hard work and happy accidents that went into creating some of the most memorable albums ever pressed to vinyl. Recently, in a CultureSonar exclusive, Redbeard announced he would be ending his In The Studio show broadcasts at the end of this year. Stressing that he himself was not retiring, Redbeard felt the 30-year anniversary seemed like a nice stopping point. CultureSonar was lucky enough to catch up with Redbeard, who spoke from his horse ranch just outside Dallas, Texas.

Q: You’ve had a front row seat for a lot of rock history. For fans, it seems like the perfect dream job. Just how fun has your work been?

A: Boy, do I know it, and I never ever forget it or take it for granted. One of my peers, Kid Leo, who was a legendary deejay on Cleveland’s WMMS, said it best, ‘It’s not my job, it’s my pleasure.’ One of the ways that I can honor the access to which I’ve been granted is to always think like a fan. If you found yourself seated on a cross-country flight and suddenly realized that buckled in next to you was one of your favorite musicians, what would you ask them? In a nutshell, that’s my job.

Q: You’ve interviewed hundreds of artists over the years. Which musicians have surprised you or ended up not being what you expected?

A: The first one that pops to mind is pre-MTV Ozzy Osbourne. He came on my Memphis afternoon radio show following the plane crash that killed his guitarist Randy Rhoads, his tour driver, and tour seamstress when their plane crashed into a bus where Ozzy and his wife Sharon were sleeping, nearly killing them as well. The most profound experience was probably Eric Clapton, just blocks from the scene of his four-year old’s unspeakable death a few months earlier. The most redemptive would be Stevie Ray Vaughan post-rehab and Chrissie Hynde post-motherhood. Scariest would be Gregg Allman who had a grand mal seizure from withdrawal medication (terrifying) that he was taking after just being released from the hospital… Sometimes, your guest can unload a bombshell that can derail your train of thought and leave you at a loss for words, as was the case with David Bowie, Geddy Lee of Rush, and Joe Walsh. You’ll have to read my upcoming book for those stories.

Q: Last year, Styx released an album entitled The Mission. It had some outstanding tracks. Same with the Tom Petty and The Heartbreakers album back in 2014. Why is it when rock royalty releases new material, it won’t get played on stations that champion their old music?

A: The Styx album was fabulous. Really, really strong. You can blame Classic Rock radio for not supporting their own core artists based on a single, misguided radio researcher in Dallas back in the ‘80s named Fred Jacobs. He did a little experiment playing rock oldies on a dying AM station. His limited research indicated that some of the oldest members of the Baby Boomer generation — of which Mr. Jacobs was one — were less tolerant of new, unfamiliar songs. Certainly, no revelation there…Nevertheless, Jacobs doubled down that it wasn’t just some, but all rock fans over a certain age who were not just less tolerant of unfamiliar music, but completely intolerant of any new, unfamiliar music even by their favorite rock stars including Paul McCartney, Eric Clapton, Bruce Springsteen, Tom Petty, and Neil Young. In a 1987 national trade publication, I stated that this approach was illogical, short-sighted, and a disservice to the listening audience and the recording artists. Thirty years later it gives me no satisfaction whatsoever to tell them, ‘I told you so.’  They ate the goose that laid the golden eggs for both the record and radio industries for half a century; now they’re both on life support.

Q: When Glenn Frey passed in 2016, it hit me pretty hard. Our rock idols are aging, and some are passing on. Have the deaths of any rock musicians hit you particularly hard?

A: It’s the only part of my role that is truly hard. Lately, I’ve felt like The Grim Reaper of Rock, having to eulogize so many, and not just our musical heroes, but people I’ve had the pleasure of knowing and working with personally. There’s an intimacy that gets established in a one-on-one conversation if you’re doing it right. The microphones disappear, and the musician forgets that they’re on the radio or being recorded. Now, it’s just two people who love music, talking easily and passionately about something very meaningful in their lives. A certain shorthand takes hold. At the very best, it’s a ballet of words and you and the listener get to eavesdrop on an unguarded, freewheeling conversation like you have the window seat at 40,000 feet! So, when one of these “word dancers” passes away, such as Glenn Frey, who was very ambitious but a real charmer too, it hits me hard. I knew two years before it was announced that David Bowie was sick, so I had this creeping dread.  But Tom Petty’s death was cruel and harsh and shook my faith. I really have not accepted it. Somebody blew it.

Q: I understand that Bruce Springsteen, Elvis Costello, and Bob Dylan have never granted you an interview. Have you given up on them? Are they mad at you for some reason?

A: Bob Dylan and Bruce Springsteen management long ago decided to limit access, having their own “biographers” on the payroll control the narratives and build the legends. In over 40 years of rock radio and 30 of national weekly syndication, I’ve never paid for an interview and will retire with a perfect record in that regard. With Elvis Costello, it’s just dumb, bad luck, really. I was at his second U.S. gig ever at the Oxford Ale House in New Haven, Connecticut in the fall of 1977 and have been a huge, loyal supporter ever since. Brilliant songwriter, but on the short-lived series Spectacle… he found out that interviewing rock stars isn’t as easy as it looks!

Q: Last Question. Desert Island Game. You’re stranded and only get to listen to five albums until you’re rescued. Which ones do you choose?