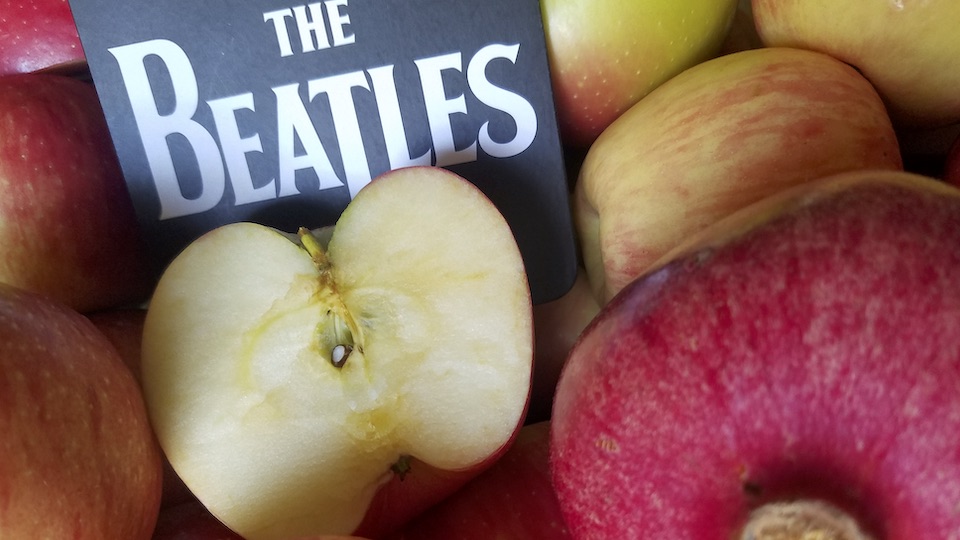 The long-awaited airing of Peter Jackson’s The Beatles: Get Back is begging for some fab food-and-beverage pairings. Six hours of new Beatles footage is a merry occasion to eat, drink, and get to baking.

Simply Having a Wonderful Thanksgiving-Time

To round out a traditional Thanksgiving meal, cue up the Cute One’s adorable contribution to the study of mashed potatoes. Paul will even teach you how to chop an onion.

Looking for a tipple? Pattie Boyd’s second season of podcasts, “Cocktails with Pattie” has a fabulous Negroni, a perfect pre-turkey dinner libation. Her first season was devoted to dishes such as “heavenly” Beetroot and Apple Soup, whose fruit will put you in the mood.

The Beatles left other breadcrumbs—glass onions and cornflakes, strawberries and candy, truffles, honey, and pie. So much pie, including one flaming and another to finger.

And then there’s all the tea! Without a doubt, English breakfast tea, a Lennon favorite, should be on your menu. Paul takes his tea with “soya milk and one sugar.”

If you’re looking for some of the food that the Beatles ate circa Get Back, here are more ideas for a kitschy viewing party.

Cheese (and Lettuce and Marmite Sandwich)

“I’ll just have cheese and lettuce and Marmite sandwich. And coffee,” announces Harrison, before counting into a recording of “While My Guitar Gently Weeps” in 1968.

Later on, crunching on crisps, George proves his love for the yeast-derived spread, proposing a Marmite-flavored snack, to which Ringo responds, “Well, I don’t like Marmite!” Thick and pungent, Marmite is a love it-or-hate-it affair.

The Beatles have a history with bread, including the dainty tea sandwiches they aren’t allowed to touch at the press conference in A Hard Day’s Night. Before this, there were, as Paul put it, “plenty of chip butties!”, buttered rolls with smashed fried potatoes from their Liverpool days.

To make Harrison’s cheese-lettuce-Marmite sandwich, lightly toast two thick slices of bread, cool slightly; spread butter on both slices, followed by a thin layer of Marmite on top of the butter (you can skip the butter, but it tempers the strong flavor). Then, top one slice with lettuce and the other with plenty of grated cheese— a good quality sharp British cheddar or comparable local option. You can choose whether to melt the slice with cheese in a toaster oven or under the broiler.

If you’re like Ringo and Marmite isn’t your thing, another option is to butter the slices, top one with lettuce, the other with cheese, and then dab the cheese with dollops of “pickle” (such as Branston’s), which has a vinegary kick. If you can’t find a proper English pickle, use a chutney, which is easier to locate in the U.S. but sweeter. An olive tapenade is salty and could substitute for pickle, too, but spread on the bread before arranging cheese.

Pair any of these sandwich options with salt-and-vinegar potato chips and an ice-cold dry apple cider. Try English Aspall if you can find it—or check out local options near you.

Looking to lift your cheese from studio to rooftop? Try a delightful charcuterie board with variety—English cheddar, French brie, a local goat, or funky bleu—along with apples and one of Ringo’s tips for longevity, blueberries. Be decadent and drizzle with honey, which as we know, is sweeter than wine.

Lennon and Yoko Ono were doing their macrobiotic thing, and George still had a thing for cheese in January 1969. The Let It Be sessions include another Harrison request, this time for “cheese sauce” on his cauliflower.

Lennon also suggests “cauliflower” as filler for a line in “Something” after Harrison, struggling with the lyrics, says he can’t remember what attracted him. After Lennon’s cauli-prompt, Harrison comes up with “attracts me like a pomegranate,” an interesting choice given that fruit’s mythic associations.

You can make a simple and delicious cheese sauce for steamed or roasted cauliflower by gently heating a cup of heavy cream or half-and-half over low heat; when hot, gradually add 1-2 cups of grated (cheddar or gouda) cheese while stirring; add a dash of nutmeg if desired. Remove from heat as soon as the cheese is incorporated and immediately pour over salt-dusted cauliflower—or broccoli, which is Ringo’s other preferred superfood.

If you don’t share Harrison’s (and my) fixation with cheese but are looking to love cauliflower, Linda’s “Rosemary Red Onion Sausages with Mashed Cauliflower and Parsnip” could be a complete Thanksgiving meal.

Ringo’s suitcase of baked beans is canonical in the band’s lore: given his aversion to spice and garlic, he packed his own food for the 1968 trip to Rishikesh, India.

To follow Ringo’s lead, choose Heinz baked beans (preferably the less-sugary British variety with the teal label), along with some toast and tea—or beer. To evoke the “mild” Ringo orders during his desertion in the Beatles’ first film, opt for a dark or brown ale; look for Newcastle or Mann’s for U.S.-distributed British varieties. Or select a German hefeweizen or Kolsch reminiscent of the tall glasses the boys drank in their second film, Help!.

If baked beans sound drab and, like John, you “like a lot of seasoning” in your soup, follow Lennon’s lead; he once celebrated the end of a 10-day rice fast with curry and a milkshake. Harrison also has a peppery lentil offering. This soup would pair well with a light and fruity (but slightly earthy) pinot noir.

Speaking of getting baked (beans or otherwise), McCartney recently trotted out his bread-conversations-with-Lennon story again. Maybe it’s time for Macca to film another cooking video, this time showing off his skill waiting for bread to rise. After all, it’s a little like the fan anticipation for Get Back.

Photo by the author

2 comments on “Eat, Drink, and Get Baked with the Beatles”