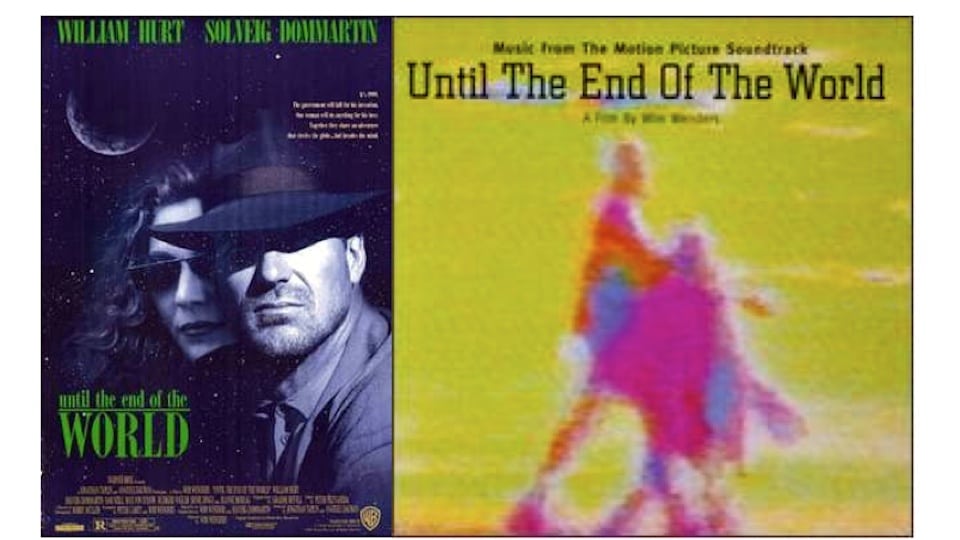 Rightly or wrongly, in the quarter century since its release, Wim Wenders’ 1991 movie Until the End of the World has come to be remembered only for its soundtrack. A heartfelt but rambling science-fiction spin on the “road movies” that initially made Wenders’ reputation in the 1970s, the film was clearly not what the audiences and critics that embraced Paris, Texas and Wings of Desire wanted. Whatever its flaws, though, the filmmaker had at least one undeniably great idea for the soundtrack.

As anyone who’s watched more than a couple Martin Scorsese pictures knows, music can be immensely effective at conveying a sense of time and place in movies. Perhaps recognizing that this is a trickier proposition for a movie set several years in the future, Wenders asked Elvis Costello, R.E.M. and a host of other artists to imagine what their music would be like in 1999 and come up with songs to reflect that. The end result was a collection where even the lesser songs are memorable and the best stand as some of the performers’ finest work.

Talking Heads had effectively dissolved by the time the movie and soundtrack were released, but “Sax and Violins” was as good as anything on their terrific final album Naked, while Lou Reed’s “What’s Good” was further evidence that his late-80s Renaissance wasn’t a fluke. Of the lesser-known acts, Crime & the City Solution and Nick Cave & the Bad Seeds, who had both appeared in Wings of Desire, delivered captivating songs again here, as did T-Bone Burnett and Jane Sibbery (the latter assisted by k.d. lang).

Nothing in the past 25 years has made U2 less polarizing than they were in the wake of 1988’s Rattle and Hum. Likewise, nothing diminishes the quality of their song “Until the End of the World.” The band’s mix of religious overtones and religious fervor has made for an inconsistent cocktail over the years, but this song – portraying a dialogue between Jesus and Judas – set the bar for nearly everything of quality they’ve done since.

Perhaps the strongest testament to the strength of the soundtrack’s underlying concept is that it doesn’t even include two fantastic songs used in the movie. Robbie Robertson’s “Breakin the Rules” appeared in his album Storyville, while Peter Gabriel and Sinead O’Connor’s duet on “Blood of Eden” was a hard-to-find b-side (Gabriel’s solo version was on his album Up). However good the movie, soundtrack albums have more often than not been a piece of product – a trend exaggerated by the dictates of corporate synergy. Until the End of the World remains a reminder that they can also be art.

Photo Credit: Fair use images of the movie poster and soundtrack album cover for Wim Wenders’ Until the End of the World.

0 comments on “Songs for the End of the World”