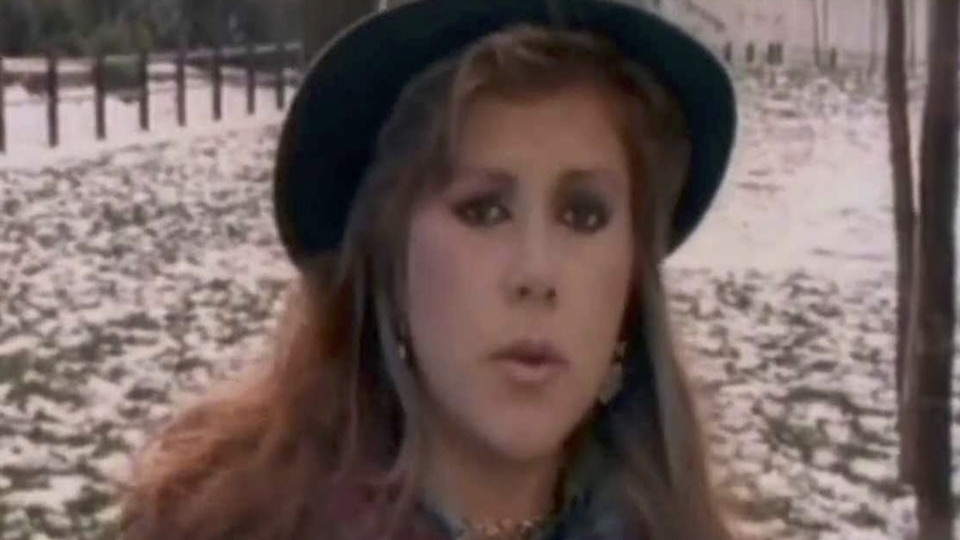 Her long red locks were an outer symbol of her fierce, unapologetic –and often cheeky – songs. Kirsty MacColl is one of those artists who has a huge fan base “under the radar” but who should’ve enjoyed much greater commercial success.

Most people’s first exposure to her ability to craft great pop songs was likely Tracey Ullman’s 1983 cover of “They Don’t Know” (with a cameo in the video by Paul McCartney). MacColl had done it first in 1979, and it became the most played song in the UK for a week — until a strike stopped the record from reaching the shops. Thankfully, Ullman resurrected it a few years later giving it the exposure that this little slice of 60s girl group perfection deserved.

MacColl’s musical chops were apparent from the first. In interviews, her mother recalls a 4-year old Kirsty watching The Andy Williams Show on TV, waiting for the musical interludes. She would then take out her violin and play along. She was also obsessed with the Beach Boys and perfected the vocal parts and harmonies on “Good Vibrations.”

Her breakthrough hit was the saucy rockabilly number, “There’s A Guy Works Down the Chip Shop Swears He’s Elvis.” Even though this launched her career, MacColl struggled with crippling stage fright which made touring much more difficult. Add to that the vagaries of record company economics (her labels tended to go out of business right as she launched a new album) and her habit of speaking her mind in a heavily male-dominated industry, and you get a sense of the stop-start trajectory of her career.

But fellow musicians were onto her gifts. Bono of U2 became an admirer and close friend, as did Billy Bragg. Her version of his “A New England” is particularly poignant. He added a couple of verses just for her and continues to include them when he performs the song.

In 1987, she recorded a Christmas duet with Shane McGowan of The Pogues called “Fairytale of New York.” It remains one of the best-loved holiday songs in the UK.

Sadly, MacColl’s life had a tragic end. In 2000, she was on vacation in Mexico with her two sons (by ex-husband, famed producer Steve Lilywhite). They were in a restricted diving area when a powerboat came crashing through. MacColl pushed her son Jamie out of the way but was killed immediately. The boat was owned by the wealthy owner of a Mexican grocery store chain, and witnesses say he was at the helm. However, one of his employees claimed to have been driving and took the heat for MacColl’s death. The uproar launched the “Justice for Kirsty” movement, with artists like her friend Bono reminding people of her needless death and pushing for judicial reviews and reparations. The group wrapped up in 2009, citing that they had achieved most of their goals. The remaining funds were donated to charity in her name.

Related: “Ken Sharp: For the Love of Power-Pop”

MacColl released five albums in all, many of which were re-issued a few years back. Fans raised money for a memorial bench in London’s Soho Square, which was unveiled in 2001. Each year on her birthday (Oct. 10), they gather to celebrate her life and music.

During her short career, Kirsty MacColl left a distinctive mark on the 80s musical landscape. It’s always a good time to (re)discover her.

Image from “A New England” video

5 comments on “Kirsty MacColl: An Appreciation”