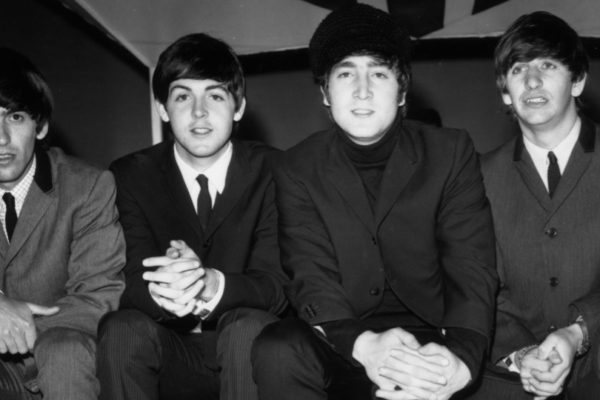 Please Please Me was their first studio album. Let It Be was their last. Sgt. Pepper’s Lonely Hearts Club Band was their best-selling album and won them a Grammy for Album of the Year. But what do such things matter when you’re trying to pick your favorite album by the Fab Four? Very little indeed. We asked Howie Edelson and Stephen Bard, the co-hosts of The Beatles podcast Fabcast, and author Jim Berkenstadt (Black Market Beatles: The Story Behind Their Lost Recordings; The Beatle Who Vanished) to weigh in on this contentious question with full awareness that you’d have very strong opinions of your own.

[amazon template=right aligned image&asin=B01929HGH4]Do you have a favorite Beatles album?

Jim Berkenstadt, Beatles Historian: Abbey Road
I would say I do: Abbey Road. I like the two aspects of the album because there are rock songs on the first half and that longer extended piece that they tied together on the second half. The other aspect is they finally got some really good technology into Abbey Road [studios] at the time of what turned out to be their last recorded album, even though Let It Be came out later. It sounds fantastic all digitally remastered. And they all take turns; something they always did as a group was that they played to the greatness of the song rather than the flashiness of the individual members. But on the song “The End” they take turns; we have the Ringo drum solo and then each Beatle takes a guitar solo. It’s stunning. They’re just the most amazing band of our lifetime.

Howie Edelson, Fabcast Co-Host: Rubber Soul
I don’t have a favorite Beatles album – but I do have a favorite Beatles album cover – Rubber Soul. Before getting to the music, let’s just take a minute to dissect the incredible LP cover by the great Robert Freeman: The beautiful and beatific deputy Paul McCartney with the pursed lips and perfect shag, only 23 with a universe of couth and charm and more suave than a dozen Romeos or a thousand 007’s. Ringo Starr, as always, ready and willing – their ultimate team player. George Harrison already enough of his own man to be looking elsewhere . . . and HIM – John Lennon – stoned as sh*t, brilliant and brave, absolutely leading the pack and daring you to look away. Yeah, some might be pissed off at that glare, but in the end, as always, you know whatever he’s thinking, he’s right. You know he is – and there’s not a soul on earth that if by some chance found themselves confronted by that guy, wouldn’t absolutely believe everything he had to say. Why would you not?! You’ve got Christ, his kid brother, their disciple and the mascot buddy boy – standing waiting to be counted – or not even.

True hipness never calls attention to itself. It’s like altruism or love or THE BEATLES – it just IS.

Revolver. Everything they were great at; superb ensemble work, with each individual fully represented.

• It doesn’t get better than Paul’s “Here, There And Everywhere,” “Eleanor Rigby” and “For No One.”

• George assumes his greatness here. “Taxman” is cutting edge. “Love You To” is the crossroads of East/West in Pop Music, and “I Want To Tell You” signals Alternative Rock with its discordant, sardonic tone.

• The groundbreaking guitar tones, the daring mix. Dry vocals, candid and urgent…The seeds of modern recording technology laid out. Revolver beams in from another time, but again, is always firmly in the now.

• John’s “I’m Only Sleeping,” “She Said She Said” and “Tomorrow Never Knows” – a voice as old as the world, yet fresh and as the new day. He knows something we don’t yet.

This music is so heavy, and yet so simple, one of their greatest attributes. It’s a hallmark of everything they did. They really were so generous. And because they were still doing it with such a unified sense of purpose, Revolver was the best they ever were.