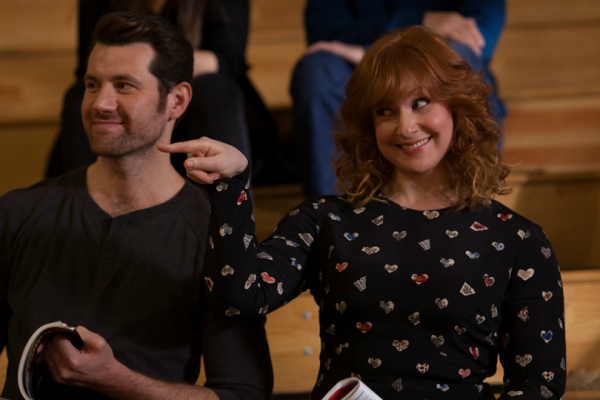 More platforms. More channels. More ways to create content. Perhaps, all those things needed to happen for some super-talented women showrunners, like Julie Klausner (Difficult People) and Issa Rae (Insecure), to get their moment. Which in turn has made the TV landscape an embarrassment of riches. Now, next time you hunker down with some snacks and your Apple TV remote, add a little feminism to your binge with the brainchilds of these first-time lady showrunners. (Spoiler alert: All these shows are awesome.)

Another Period: Natasha Leggero and Riki Lindhome
Perhaps the most ludicrous series now on TV, this Comedy Central show is part Keeping Up With the Kardashians, part Downton Abbey — set in turn-of-the-century Rhode Island. Leggero and Lindhome inject subtly brilliant commentary into their hysterical mishmash while an amazing cast (ahem: Christina Hendricks) shows a level of “committing to the bit” rarely seen outside improv. Give it a minute. It’s worth it. This is standup veteran Leggero’s first time as a showrunner, even if Lindhome’s done it before with Garfunkel & Oates.

Crazy Ex-Girlfriend: Rachel Bloom and Aline Brosh McKenna
Don’t let the title put you off. This series is bitingly smart and viciously funny. Plus, it’s a musical! That’s right, fans of Smash and Glee, you’ve got a new show to watch, only this time the songs are filthy and darkly self-aware. Rachel Bloom, who gained recognition with her satirical music videos, joined forces with screenplay queen Aline Brosh McKenna (The Devil Wears Prada) to create this unicorn of sitcoms. In the process, Bloom has taken home a Golden Globe and a Critic’s Choice award. Not bad for a first-timer.

Difficult People: Julie Klausner
Julie Klausner is no stranger to TV writing. (Ever seen Best Week Ever, Ugly Americans, and The Big Gay Sketch Show?) But Hulu’s Difficult People is her first stint as a showrunner and as a leading lady. She and costar Billy Eichner are at once the worst people you’ve ever met and the witty friend you only wish you had. Nothing is sacred for these queens of kvetching! Not children, not funerals, not even Hamilton. As Klausner repeatedly proves, you can say pretty much anything if you’re funny enough.

Lady Dynamite: Maria Bamford and Mitch Hurwitz
Alright! You caught me. Mitch Hurwitz is neither a woman nor new to running a show. But this is ultimately Bamford’s gig, and it is a truly ballsy piece of work. The comedienne plays a sort-of-hyperbolic-not-totally-fictitious version of herself in a darkly funny fever dream of a story dealing with fame, mental illness, and the nature of comedy. This show winks so hard at the comedian-autobiography-sitcom genre that one eye is perpetually closed.

UnREAL: Marti Noxon and Sarah Gertrude Shapiro
The best way to watch reality television without guilt is probably to watch this wicked homage to it. Alternately gut-wrenching and comically incisive, Lifetime’s UnREAL is loosely based on creator (and first-timer) Sarah Gertrude Shapiro’s experience as a producer on The Bachelor. A newcomer to show-running, Shapiro paired up with old pro Noxon (Buffy the Vampire Slayer), and together these two knock it out of the park.

Insecure: Issa Rae
As the creative force behind The Mis-Adventures of Awkward Black Girl (in all its forms), Issa Rae has got a lot of people buzzing. And that buzz seems likely to continue, maybe even grow to swarm-worthy volumes, since HBO has finally got this woman helming and headlining in her own show later this year. Mark your calendars for October 9th.

0 comments on “The Continuing Rise of the Female Showrunner”