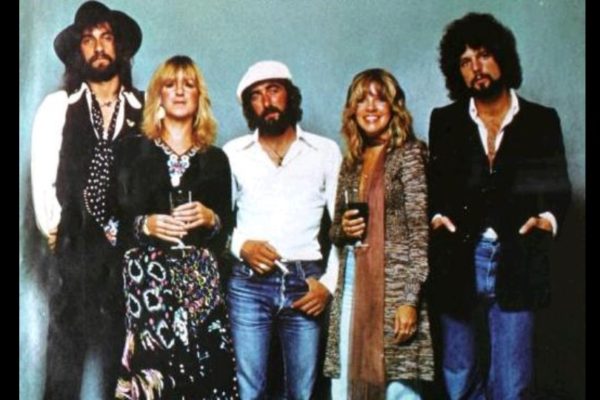 On February 4, 1977, one of the great rock albums of all time was released. I’m talking about Fleetwood Mac’s Rumours. No matter your taste, you can’t deny that it was one of the huge albums that year. I vividly remember the singles dominating radio all year long: from “You Make Loving Fun,” “Go Your Own Way,” “Dreams,” “Don’t Stop,” “Gold Dust Woman”…on and on, the album was impossible to ignore. I had the eight-track (!) version, and played it over and over – and over – in my car. Which was actually a pickup truck. (Hey, I lived in the country.)

Rumours won the Grammy for “Album of the Year” in 1978 and has sold over 45 million copies since its release.

1977 was a year of transition: some of the other albums that were dominating the charts that year included Talking Heads: 77, Never Mind the Bollocks…from the Sex Pistols, Elvis Costello’s My Aim Is True, and Bowie’s Low. On the more conventional front, Pink Floyd released Animals, Billy Joel did The Stranger, and Steely Dan gave us the sublime Aja.

But Rumours pretty much overtook them all. It wasn’t just the music; it was the complicated backstory of the band members, something documented in Rolling Stone and other press outlets. Lindsey Buckingham wrote “Go Your Own Way” about his breakup with Stevie Nicks. Drummer Mick Fleetwood had a brief fling with Nicks. Christine McVie was hanging with the band’s lighting director, having stepped out of her marriage to John McVie. The album was essentially an episode of The Maury Povich Show before there was that show – showcasing the group’s painful, dysfunctional relationships, albeit in musical form.

Both Nicks and Buckingham have stated that the tensions between the band members resulted in the sublime music on that project; not something most of us would want to walk into, but Fleetwood Mac turned extreme emotional pain into one of the most incredible albums of all time. 40 years on, it still holds up.

So, did you buy Rumours? Do you have a favorite track?

PS. Check out our post B-Side Themselves – Fleetwood Mac’s “Silver Springs” about a song originally recorded for Rumours. You may also enjoy Where Were You When…You First Heard “We Are the World”?

0 comments on “Where Were You When…Fleetwood Mac’s “Rumours” Topped the Charts?”