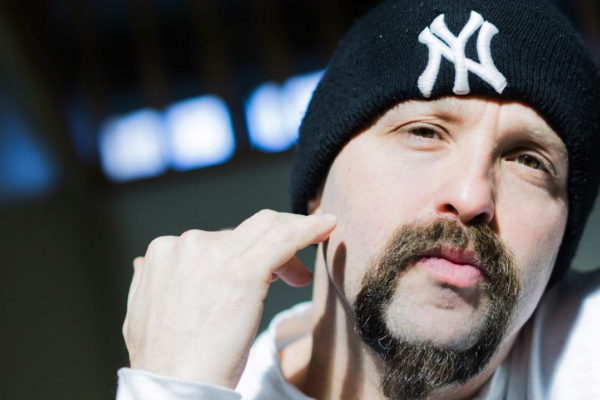 As one of the primary hosts of the Beatles podcast “Fabcast” (the other is his lifelong friend, the music critic Howie Edelson), Stephen Bard brings a musician’s insights to the discussion as Bard is a singer-songwriter himself who gigs with some regularity in northern Jersey. As you might have guessed given his Beatlemania, he’s also written repeatedly about the Fab Four on his personal website, with short essays on such topics as The Renaissance Of George Harrison, The White Album, and the Lennon-McCartney collaboration. Which doesn’t mean he’s all tapped out on things to say about John and Paul and George and Ringo. Far from it. Hence this interview.

A: I am constantly learning about life, music and what matters most to me from talking with Howie Edelson, who dreamt this thing up and made it a reality, and who has been my friend for 30 years. No one I know knows more about Rock Music, and no one I’ve ever met has his ability to take Rock Music and apply it to real life, in terms of what really counts, what we’re here for, what we should be doing with our lives, etc. Which is why I love doing Fabcast in the first place, because it allows us to talk about this subject we love and apply it to our lives in real ways. It’s stuff you can use, stuff you can go by. Food and fuel for living.

Q: When did you first become a bona fide Beatles fan yourself?

A: I was three years old and I heard “She Loves You” on the radio. I didn’t know what or who it was, but I DID know. On a deeper level. I can’t explain it, but I knew it was them. And I knew it was good. And not only did I know it was good, but I felt a great love coming out of it at me and for me. I was three and I was cognizant I was in the right place and that there was a lot of beautiful information waiting for me. That’s the power of The Beatles. Then when I was four, I heard Elton John’s version of “Lucy In The Sky With Diamonds” on the radio and the same exact thing happened to me. I asked my dad about it, and he said, “If you like that, you’re gonna LOVE this…” and he played me The Beatles’ version. And that was it.

Q: If there were someone unfamiliar with The Beatles (crazy as that sounds), what album would you suggest as an intro?

A: You can enter anywhere you want and find everything you need. It’s all great and it’s all relevant and it’s all useful. All the time. From Paul’s amped-up count-in at the top of “I Saw Her Standing There” on the Please Please Me album to John chuckling that he hopes they “passed the audition” at the end of the Let It Be album. To answer your question specifically, I think it would depend on the individual character and tastes of the uninitiated person. If they like straight-forward rock ‘n’ roll music, I would direct them right to the first two albums, Please Please Me and With The Beatles. If they want the hits, put on the ONE CD. You can’t go wrong there. If they like experimental, daring, out there kind of stuff, it’s Revolver or The White Album. You want earthy, it’s Rubber Soul. You want perfection, or as close as records get, it’s Abbey Road. But you know what? When I think about it a little more, the best introduction you can have to this catalog is the RED and BLUE albums from start to finish. That’s where I would point somebody who was unfamiliar and wanted to get their feet wet.

[amazon template=right aligned image&asin=B0079J28NW]Q: Do you have a favorite Beatles movie?

A: Yes. And it’s Yellow Submarine. That’s a masterwork in every way, even though they were barely involved in its creation. It still communicates brilliantly all that is good about The Beatles. It’s witty, charming, surreal, poetic, heartwarming, highly imaginative and it’s got the best soundtrack you could ask for. Each song is beautifully conveyed visually. The “Eleanor Rigby” sequence, for instance, is the perfect visual accompaniment for that song. It’s an amazing piece of animation. As is the sequence for “It’s All Too Much” at the end where Sgt. Pepper’s Lonely Hearts Club Band save the day and Jeremy The Nowhere Man befriends The Chief Blue Meanie. Pretty heavy stuff, actually.

Q: What are you most excited about in the upcoming season?

A: The thing I’m most excited about for Season 3, I can’t tell you! Hahahaha!!! It’s a secret. But I can tell you that Season 2 will close with two episodes featuring Mark Lewisohn. And what an absolute thrill and honor it was to meet and work with him. He has written, in my opinion, the two most useful and important books on this subject thus far: The Beatles Complete Recording Sessions and Tune In: All These Years, Vol. 1, which is the consummate telling of the first part of the tale. It has no equal. I deeply hope he can complete this bear of a task by finishing and releasing the next two (or maybe even three?) volumes. A finer gentleman and scholar I have not encountered. For this alone, and there’s obviously been so much more, doing Fabcast has been an incredible thing for me.

PS. Make sure to check out our interview with Fabcast co-host Howie Edelson. Plus, you may also enjoy The Sights, Sounds, and Madness of The Beatles’ Touring Years and How The Beatles (Almost) Destroyed My Sanity.

0 comments on “Once Again, Beatles Plus Podcast Equals Fabcast”