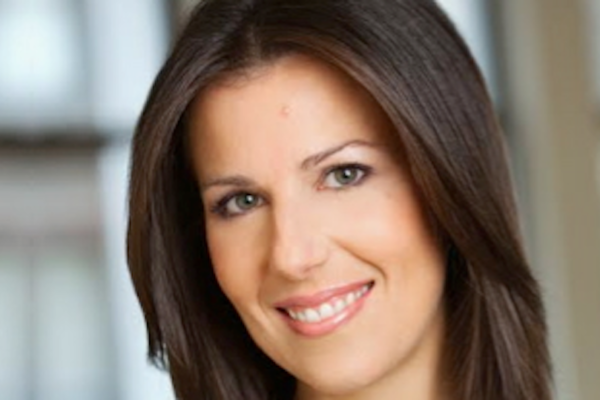 Fran Kirmser may be best known as a Tony-winning Broadway producer (Radio Golf, Hair, Lombardi…) but her roots are firmly in dance. She’s worked in a variety of capacities for Shen Wei, Pascal Rioult Dance Theater, and Doug Varone and Dancers; produced off-Broadway dance-plays celebrating choreographers such as Isadora Duncan (No Apologies) and Ruth St. Denis (In Search of a Goddess); and most recently co-written the book A Life in Dance, which serves as both a resource and an inspiration to young dancers with Big Apple dreams. And that’s just the half of it. Read on to learn more about this one-of-a-kind force in the performing arts.

Q: Your new book A Life in Dance pulls together the personal stories of some of the biggest performers and choreographers today — Sean Curran, Carmen de Lavallade, Neil Greenberg, Pat Birch, and Bill T. Jones. Did anyone’s story particularly surprise you? Why?

A: Yes! The most surprising story came from an incredible, lesser-known young emerging dance artist named Jessica Chen who went through a near-death experience as the result of a car accident. She remained in a coma for thirteen days and against the odds, not only came out of it but recovered and fully rehabilitated. Now in her mid-20s, and in two short years since the accident, she has a thriving career in dance. The incredible part of her narrative is how she defined herself as an artist as she relearned how to move and function from day to day. The process that she went through to regain herself not only informs her work in dance but also how to promote her work as well. Hers is a story of amazing drive, resilience, and laser beam focus and in her chapter in the book called “To Identify,” she has very clear steps on how to identify and promote oneself as an artist especially in todays social media driven climate that would be helpful to any artist! She gets to the “what is important” and how to put it out there! Inspiring!

Q: The other half of the book is much more pragmatic with career tips that deal with everything from health insurance to studio rental. What’s the most common question that you get from young dancers looking to make it in NYC?

A: The three most common questions that I regularly get asked are: Where can I look to find a place to live in NYC? Where can I get health insurance as a freelance Dancer or Musician? Where are the major studios to study and audition? The book A Life in Dance does have the answers to these questions. That said, there are many service organization throughout New York City that many young dancers and musicians don’t know about that provide direction and services to help you acquire answers and the things one might be seeking. One such national example is an organization called Fractured Atlas. Take a look!

Q: Your work in the performing arts is hardly limited to dance. You’re also a Broadway producer with two Tonys to her credit: Hair and Who’s Afraid of Virginia Woolf?, both revivals. If you suddenly had the money to revive any show that you wanted, what might that be?

A: Sweet Charity. It’s long been my favorite musical because it’s a perfect storm of great musical tunes originally performed by our greatest legendary stage talent such as Gwen Verdon, with dance choreographed by the great Bob Fosse. It’s sexy, fun and a whimsical journey about dreaming and finding love — and right now I think we are all looking for a little of that!

Q: On a more serious note, you’re also co-producing American Scoreboard, a series of verbatim readings of congressional hearings. Which one has generated the most post-show discussions so far?

A: The Senate Confirmation Hearing for the Secretary of Education has generated the most buzz and intrigue so far for a few reasons. It’s about our future, the fate of our children and their education. As well, the reading was cast with children, — playing the roles of our Senate — who hailed from Broadway, the public schools, and the university conservatory setting. It is extremely powerful to hear Lilla Crawford, Broadway’s most recent Annie, reading the part of Senator Warren, and Tony Nominee young Sydney Lucas star of Fun Home reading Elizabeth Warren because they have strong artistic voices and are invested in the material because it is about them. You can’t help but feel the impact of the Senate hearing deeply no matter what side of the isle you are on and that is the point! For us all to listen and learn!

Q: You’ve recently branched out into television and film. Any projects in the works that you’d like to talk about?

A: In 2008, I conceived a series of sports plays for Broadway to explore stories of how to keep going in the face of adversity. Athletes and their journeys are perfect fodder for stories of resilience, and provide great human drama that lends itself to stage. The first of these plays was Lombardi about legendary iconic leader Coach Vince Lombardi whose name dawns the NFL Super Bowl Trophy. It is thrilling to all of us who worked so hard on the production on Broadway to see the story now being made into a film. And it seems, once again, that a story about a legendary iconic leader is relevant in our current climate and something we are all seeking.

Q: You have a personal history in dance yourself, both as a performer and a choreographer. Nowadays, what’s your favorite type of music to dance to?

A: Though I started out as a concert dancer, I find that now the kind of music that makes me want to dance is Salsa or Swing music. Music that inspires social dancing! Dancing to great music is a celebration of life and there is no better feeling than dancing to great music in a social setting! Everyone should do it regularly. The best!

Q: Is there an album that when you hear it, you can’t resist the urge to get up and dance?

A: Anything Donna Summer, please.

PS. For more Broadway coverage, check out our posts on Jitney, and Hamilton.

0 comments on “This Broadway Producer Has a Heart for Dance”