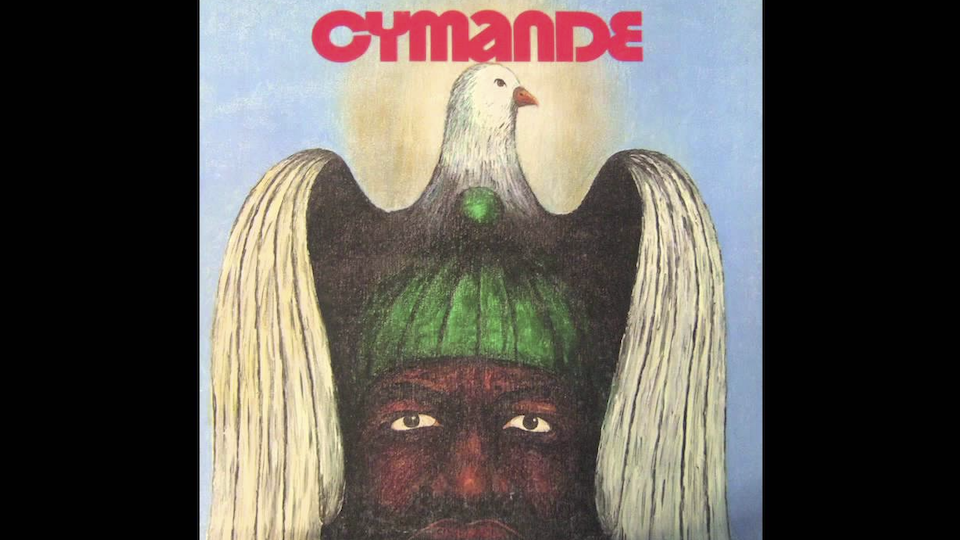 Even if the name Cymande means little to you, chances are you’ve come across their music. Hailed as “the greatest band you’ve never heard of,” this group of black British Nyah-rock musicians is finally getting the recognition they deserve thanks to a new feature-length documentary directed by Tim MacKenzie-Smith. Getting It Back: The Story Of Cymande seeks to shine the spotlight on this band of unsung heroes, whose songs of peace, love, and tolerance have continued to shape music for the last five decades.

It wasn’t until a couple of years ago that I made my own discovery of Cymande’s infectious sound. A happy surprise in my weekly Spotify Discover playlist, their song “Bra” instantly fuelled me with a desire to get up and dance, its syncopated groove peppered with jazz influences an immediate earworm that I couldn’t shake. “How have I never heard of these guys?” I wondered as I began sifting through their online catalog of songs. Little did I know, it’s a question many had been asking for quite some time.

A group of Caribbean-born, South London-based musicians, Cymande formed in 1971 bringing together their self-taught talents to create a sound as hypnotic as it was funky. Drawing on the percussive beats of the African diaspora, they combined jazz, funk, rock, and calypso sounds with lyrics inspired by the Civil Rights Movement and their Windrush generation experiences. They should have been a sensation, but their 1972 self-titled debut album failed to resonate in Britain where populist anti-immigration campaigns were on the rise.

Thanks to music producer John Schroeder, however, Cymande made a splash across the pond. The US welcomed their singular sound and the band’s first album made the US Top 20. This in turn led to a tour with Al Green and a historic performance at Harlem’s legendary Apollo, making Cymande the first British band to ever take to its stage. Two subsequent albums and another US tour followed suit, but when the band returned to the UK in 1974, their music fell on deaf ears once more. Unable to break through Britain’s white-controlled media and music scenes, Cymande decided to take a break – a pause that would end up lasting forty years.

Unbeknownst to the musicians, however, their uniquely danceable jazz-infused Rasta rhythms were being discovered and loved by new generations of artists and music fans. “Bra” in particular became a popular floor-filler in the New York disco scene before finding its way onto the turntables of block-party DJs such as Grandmaster Flash and Jazzy Jay, who extended the song’s bass-and-percussion breakdown into a song in its own right.

Cymande’s work soon began being sampled by diverse artists, popping up on Sugarhill Gang’s 1985 single “Work, Work the Body”, in Raze’s 1986 track “Jack the Groove” and on De La Soul’s first album from 1989, “3 Feet High and Rising”. It was The Fugees’ “The Score” that sampled Cymande’s song “Dove”, as well as MC Solaar’s sampling of Cymande’s “The Message” in his 1993 debut “Bouge De Là,” though, that really helped revive the band into public consciousness. With the help of dedicated crate diggers and the dawn of YouTube and Spotify, little by little, people began to trace the samples back to their source.

It’s a testament to Cymande’s timeless sound that their music found a way to live on. It’s this legacy that Getting It Back: The Story Of Cymande communicates in such a joyful, heartfelt way, using archive footage, photo stills, and talking head interviews with both the band and their many apostles to unravel their remarkable story. Featuring a roll-call of celebrities including rapper Masta Ace, DJ Maseo of De la Soul, and producer Mark Ronson among others, the documentary cements Cymande as pioneers ahead of their time whose music unites one and all.

At one point in the film, DJ Cut Chemist likens Cymande to a “secret password,” the band’s very name enough to forge a lasting connection between people, no matter their background. It’s fitting that the band’s songs have upheld such a unifying listening experience, given that the group was forged out of a desire to communicate peace and love through their music and lyrics.

You need only listen to the rapturous ascending horns of “Bra” or the hypnotic guitar riffs of “Dove” to feel compelled to tell others about their music. It’s a kind of magic that has undoubtedly helped keep Cymande’s albums alive despite their relative obscurity.

At long last, though, the secret’s out on Cymande. Getting It Back: The Story Of Cymande is not only a celebration of this innovative group’s work but also of the dedicated fans whose passion for the music sustained their legacy since the 1970s. Bra’s singalong chorus feels like an appropriate foreshadowing of the film’s depiction of the band: “But it’s all right, we can still go on.” For many, this documentary will come as a long-overdue showcase of a beloved group they’ve been telling people to listen to for years. For others, it provides the chance to discover a slice of music history and be moved by the grooves that have shaped generations of artists and music lovers for half a century. No matter your journey to get there, once you’ve found Cymande, you’ll never lose them again.

1 comment on ““Getting It Back: The Story of Cymande””