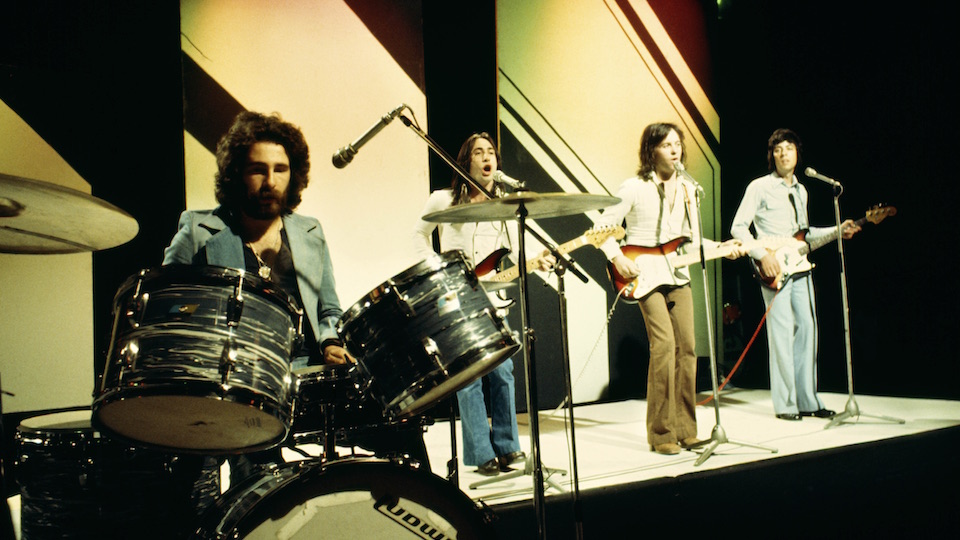 “I’m Carrying” is one of Paul McCartney’s most accomplished ballads. It embodies the urgency and the horror of a new romance, bolstered by the sound of a chiming violin playing softly in the background. As it happens, it’s the sound of a gizmotron, a device designed and patented by 10cc bandmates Kevin Godley & Lol Creme.

The device was revolutionary, and very, very clever, allowing guitarists the chance to emulate the sound of an orchestra, without requiring the (costly) expertise of an orchestra. McCartney got to know 10cc during the recording of McGear, having booked their studio -Strawberry Studios – to work with his younger brother. 10cc also featured Eric Stewart, a keyboard player who would work with the Beatle on Press to Play, which was designed to demonstrate a newer, trendier vision of the artist. It didn’t.

But Stewart – who was interviewed by CultureSonar in 2018 – still maintained some respect for the Beatle, as did Creme who remembered giving the Beatle his own gizmo in the 1970s. To my surprise, Creme declined a payment for it. “Oh, I gave him one,” Creme recalled. “You don’t ask him for money! We had to give him a guitar, because he’s a left-handed bugger, so I think we gave him a telecaster.”

The Godley & Creme partnership is one of the most endearing and versatile in rock. There didn’t seem to be a single avenue they couldn’t conquer, whether it was singing their own material, or carving their own visions of pop video. “We were in art school together,” Godley recalled, discussing their partnership. “We trained as graphic designers, and were interested in art, we thought visually, but that was put to one side when we ventured into the music industry, so we put our visual elements into the songs. When I listen to Consequences it sounds like two frustrated filmmakers. It was our chance to use the gizmo, a device Lol and I designed long before 10cc. We used it on one of the early albums, the Hot Legs one, I think, but it wasn’t until “Old Wild Men” on the Sheet Music album where we got to use the gizmotron on a 10cc song.”

The device took off, and it was also used by Jimmy Page on “In The Evening”, a strangely inventive work sitting on the banal In Through The Out Door. It was making a splash in the world of punk too, where John McGeoch elected to use it on the Siouxsie and the Banshees song “Into the Light.”

It was a small reward for Godley & Creme, who had just released Consequences, one of the last vestiges of prog, a triple album that showcased the gizmo in every way possible.

Together, they created a world based on fire, air, and water, culminating in one of the most intriguing expressions of sound. But in the wake of the punk movement, it was a costly folly, released to an audience who was uninterested in listening to the intricacies of the gizmo, when there was a more primal form of expression available to the public.

And yet the gizmo’s reputation has lingered, largely because it held a similar philosophy to the foundations of punk: it was done instinctively, yet carried a sense of purpose, showing that it didn’t take thousands of pounds or players to create great art. All it took was a device, a willingness, and a guitar to emulate the sound of an orchestra. And it certainly made an impression on Paul McCartney, which is saying something.

6 comments on “Godley and Creme’s Gizmotron: A Helping Hand”