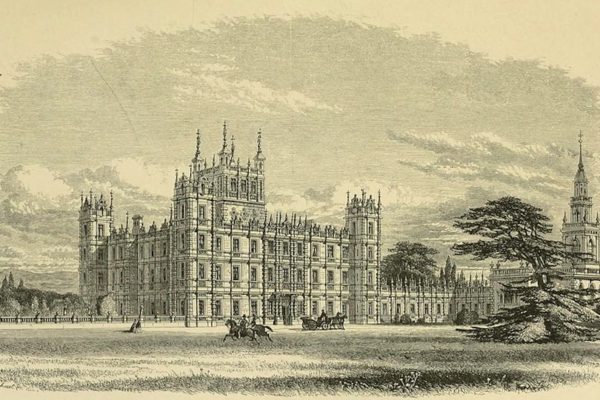 The slow dissolution of England’s Great Families has been a subject of as much fascination in the US as in the UK for quite a while. While the means by which the great British fortunes were made are the province of historians (Imperial power, the Indian Raj, Midlands manufacturing, cotton, wool and shipping), it’s the spending that consistently grabs our attention. As soccer star George Best once said of his millions, “I spent a lot of money on booze, birds and fast cars. The rest I just squandered.”

Clare Clark, whose maturation as a novelist of depth and nuance has been remarked and lauded by critics worldwide, has just released We That Are Left, an exploration of human nature in times of duress and change – not unlike the current era. Set in 1910-1920 and the reign of George V (whose title was both King and Emperor of India), this is a novel of loss, grief and misplaced optimism. Battlefield carnage invades the stately drawing rooms of Ellinghurst, the estate of the Melville family, when two sons are killed in World War One combat, catalyzing the novel’s underlying theme: response to change. Sir Aubrey withdraws into the history, finances and management of the estate as his wife Eleanor explores the supernatural. In the course of the decade, everything certain appears evanescent and everything new a possible threat.

Television and film have mined these themes evocatively and entertainingly (think Atonement, Remains of the Day and Downton Abbey among others). But Clare Clark’s exploration of ambition, fear and hope explore the back-roads of emotion and psychology which lead inexorably to the inevitable post-war Britain. This is a book with momentum: knowing (in a way) how things turn out for the great landed families is its fuel. Some Britons may lament the decay of the landed gentry, others ridicule it. But American fascination seldom wanes. Perhaps the tag line from the New York Lottery explains why: “You’d be a better rich person.”

PS. While we are on the subject of great British drama, Downton Abbey is nearly finished with its final season. To get caught up, check out our post Just In Case You’re Following this Little British Series. A