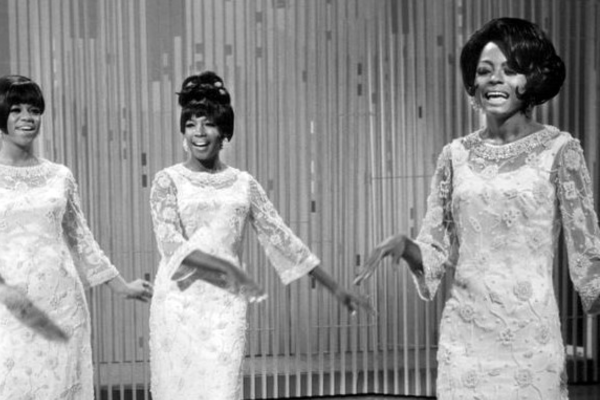 Before topping the US charts and establishing themselves as perhaps the definitive voice of Motown, The Supremes had their fair share of unsuccessful singles. The first four were taken from the group’s debut album. Next came 1963’s “A Breathtaking Guy,” a smooth composition penned and produced by label-mate Smokey Robinson. A more energetic and vibrant “When the Lovelight Starts Shining Through His Eyes” managed to go all the way to #23 in the charts, a proud position for any artist, but still only a minor success given that we’re talking about the band who would score no less than 12 number one hits in the following years. Both “Lovelight” and the next single, “Run, Run, Run,” were written by the songwriting team Holland-Dozier-Holland, the seeds of a collaboration that would blossom shortly after.

“Run, Run, Run” was a very good song, as were the others. Diana Ross gave a lively lead vocal performance to match the saxophone blasts and the nearly-aggressive rhythm, while Florence Ballard and Mary Wilson’s backing vocals proved to be an essential ingredient to the Supremes sound. But then came “Where Did Our Love Go,” which took things one step further. The story goes that Diana initially sang it in a top-of-the-lungs manner when Holland, Dozier and Holland presented the composition to her. She gave what she considered to be her best, but the song-writers wanted something entirely different. They kept pushing her to give a calmer vocal up to the point where Diana sang it with absolutely no interest, in a nearly sarcastic tone. Thus a new vocal style was born for her, more pop than soul, but with a sensuality and sexuality unmatched at the time. Add to that the irresistible melodies and hooks (the clapping and stomping in the intro are nearly a hook onto themselves) and it’s not hard to see why “Where Did Our Love Go” was an instant success.

“Baby Love” and “Come See About Me” followed, another two slices of pop perfection in terms of arrangement, melody, and vocals. With three consecutive number one hits in the span of five months, The Supremes became international superstars. The album that was assembled in that same year of 1964 was nothing more than a collection of these singles and their B-sides, but the quality of the material elevated it to a minor masterpiece level. Even most of the B-sides here have something to offer, whether we’re talking about the gorgeous chorus melody of “Standing at the Crossroads of Love” (B-side to “Lovelight”) or the heavenly harmonies and gentle guitar picking of “I’m Giving You Your Freedom” (B-side to “Run”). Maybe it is hard to shake off the feeling that “Where Did Our Love Go” as an album was a mere afterthought, as singles were the main priority of Motown during that period. But even if the Supremes themselves had little to do with the selection and sequencing of it, the album can easily compete with the best from that year in terms of consistency. It comes close to being the ’60s very own Thriller.

PS. For some insight into Michael Jackson, check out our review of the Spike Lee film that charts his struggles to rise above the child star label.