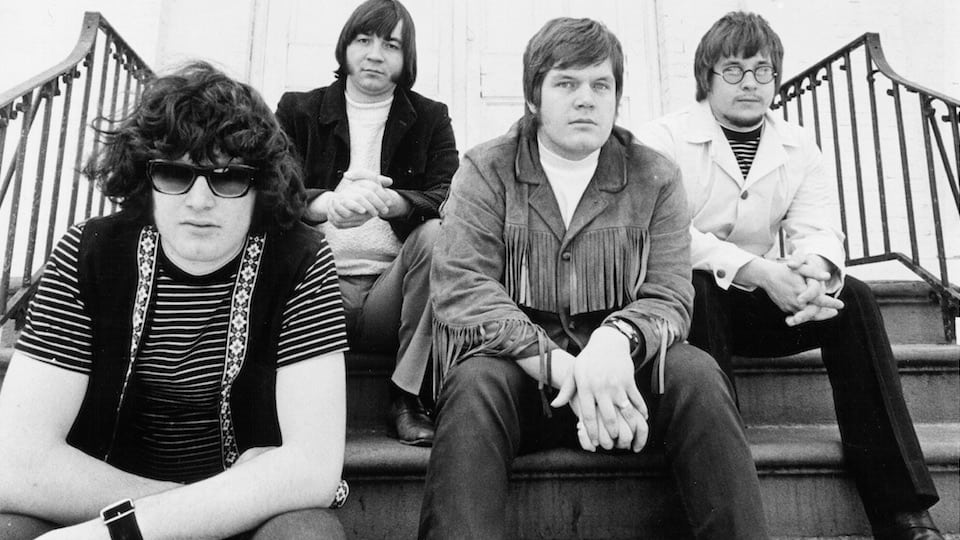 Back in the day, Billboard‘s “Hot 100” defined success in the world of pop music for both teenagers and industry professionals alike. So how did Classic Rock fare? Well, The Doors had three Top Ten hits on the coveted chart and Deep Purple had two, while both Led Zeppelin and Pink Floyd each had only one. But guess who had over five songs climb into Billboard‘s Top Ten rankings? That’s right — The Guess Who! From “Shaking All Over” in 1965 to “Dancing Fool” in 1975, this band had 19 songs make it into Billboard‘s Hot 100. Below are the six which made it to the Top Ten.

The title song on the Canadian band’s seventh studio LP, like every song on this list, was written by The Guess Who’s long-time frontman Burton Cummings, although admittedly he had some help from Randy Bachman. This particular tune, which stayed on the chart for ten weeks, is particularly notable because it’s the band’s first Top Ten hit after Bachman left, then went on to form the short-lived Brave Belt, followed by the cultishly revered Bachman-Turner Overdrive. (Gearheads unite!)

Just like “Share the Land,” this one peaked at number 10 although this song from the band’s Canned Wheat album lasted a week longer on the charts. Plus, it made it all the way to Number One in Canada. “Laughing” also has the distinction of having a B-side that charted very well — Bachman’s cautionary tune about drug use (“Undun”) which made it all the way to Number 22 stateside. Check out the 1969 black-and-white promotional video below.

“These eyes, cry every night for you / These arms, long to hold you again / The hurtings on me, yeah…” It’s impossible to forget the opening lyrics of this classic from the album Wheatfield Soul. Same for the spare intro. Maybe that’s why “These Eyes” became The Guess Who’s first single to crack the Top Ten. Well, that and the fact that the band’s original singer Chad Allan left, and Burton Cummings took his place. (Don’t feel too bad for Allan; he later became a part of Bachman-Turner Overdrive.)

Though it’s one of The Guess Who’s best-selling singles, “Clap for the Wolfman” is really more of a novelty song. Does anyone really think this tune is better than “Hand Me Down World” or “Rain Dance”? But this tribute to Wolfman Jack, one of the most famous DJs of the 20th century and a sometime host of NBC’s late-night program Midnight Special, was one of the group’s last songs to land on the Hot 100. And yes, you can hear Wolfman Jack on the record. “It’s all according to how your boogaloo situation stands, you understand.”

Do you prefer the first version from Canned Wheat or the second one on the subsequent LP American Woman? Regardless, it’s the re-recording that was released as a single and also contributed to the latter album sustaining a presence on the charts for a year-plus. (The song itself lasted 14 weeks in Billboard’s Hot 100.) Listen closely and you’ll hear serious differences between the two performances regarding tempo and verse order. But for now, just enjoy the “hit” version.

The Guess Who’s Number One song has stayed a part of our cultural playlist thanks to movie and TV soundtracks as varied as American Beauty, Austin Powers: The Spy Who Shagged Me, My Name Is Earl and The Wire. Not to mention Lenny Kravitz’ 1999 cover. There’s also something fitting that the songwriting credits belong to the four long-term members of the band: guitarist Randy Bachman, drummer Garry Peterson, singer-keyboardist Burton Cummings, and bassist Jim Kale.

Photo Credit: “‘The Guess Who’ pose for a portrait in 1966. (Photo by Michael Ochs Archives/Getty Images)

0 comments on “The Guess Who: Charting Their Success”