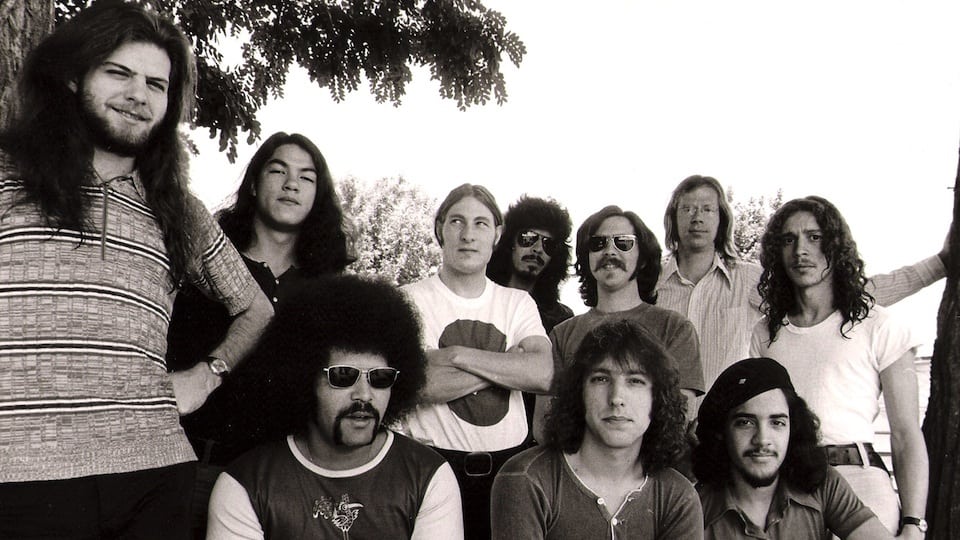 Latin Bugaloo: The Warner Bros. Singles is a collection of vintage tracks by ’70s band Malo. It not only shines a light on the group’s Latin rock legacy, it serves as a reminder on a larger level. Half a century after Carlos Santana put “Latin rock” on the map, most of America is under the misapprehension that the style began and ended with Carlos, only to be expanded upon a generation later by the Rock en Espanol movement. But in fact, the Latin rock revolution was far from a singlehanded effort. By the start of the ’70s, Santana was joined by a host of other bands bringing together surging, syncopated Latin grooves and raw, rock ‘n’ roll power. Let’s look at some of these classic Latin rock bands.

Malo was the “little brother band” of Santana in more ways than one. Their guitarist, Jorge Santana, is Carlos’ younger sibling. He can also burn his way across a fretboard, but has his own style, as did his band. If anything, Malo was probably more overtly Latin-flavored than you-know-who, but they knew how to toss in a touch of sweet soul. In 1972, that ability earned them a Top 20 hit with “Suavecito,” which remains a low-rider anthem to this day. But they were capable of far more frenetic fare too.

Singer Richard Bean crooned the aforementioned hit from Malo’s debut album. After that, he made his way to yet another Bay Area Latin-rock outfit, Sapo. Their sole, self-titled album came out in 1974, featuring less guitar and more jazzy horns than Malo. But there was just as much dedication to maintaining a percolating, polyrhythmic groove.

Dakila hailed from the Latin rock hotbed of San Francisco, but the heritage they drew on was Filipino rather than Chicano. Like Sapo, they only stuck around for one album, released in 1972. They played The Fillmore, the Winterland Ballroom, and the other hot Bay Area venues of the era, but split up after only two years. Besides being one of the most overtly rocking bands of their scene, they were historically significant as one of the first Filipino-American acts to record for a major U.S. label.

Azteca was an offshoot of Santana, spearheaded by that band’s brotherly percussion team of Pete and Coke Escovedo. Their 1972 debut album for Columbia featured a bold, funky sound supported by an accordingly large batch of esteemed players. Future jazz legend Tom Harrell was on trumpet. Between his leaving Santana and starting Journey, Neil Schon contributed some guitar.  But their second album proved to be their last until their 21st-century reunion.

More long-lived than most of the bands included here, El Chicano is an East L.A.-based outfit formed in 1969. They never split up, still performing to this day. That’s probably due in part to the fact that they had more initial success than many of the bands named here, with numerous hits and Gold records to their name, from their 1970 debut album on. They were an eclectic lot — their first hit was a cover of Gerald Wilson’s soul jazz tune “Viva Tirado” — but they could lean into pop, R&B, rock, or straight-up Latin sounds with equal conviction.

3 comments on “Beyond Santana: 5 Classic Latin Rock Bands Worth a Listen”