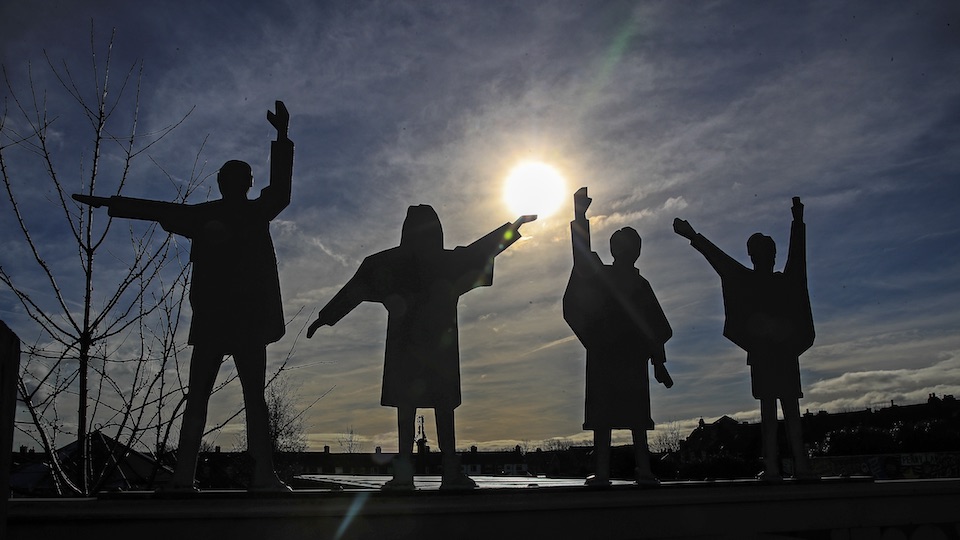 The Beatles were masterful songwriters, composers, musicians, and singers. Their library of music is rich with tricks and techniques that captured the ears (and hearts) of their fans then and now. Their compositions and recordings remain relevant decades later. “Help!” was released in July 1965 and became The Beatles’ 10th overall #1 single. It came out after “Eight Days A Week” in February in the US and after “Ticket to Ride,” which was released in April of that same year, continuing the relentless march of Number 1 singles that the Beatles released in a short window of time.

Help! was The Beatles’ second movie and soundtrack album. Both albums (including A Hard Day’s Night) lead off with a title track that displayed musical magic and several memorable “bits,” as Paul often says to describe their music. In particular, the harmony and backing vocal fill tracks in the verses of “Help!” danced between leading, trailing, and in synch with the lead vocals. John echoed Paul/George and vice versa.

Related: “The Beauty of the Beatles Cast-Offs: ‘Hey Jude’, the Album”

By this time, the collaboration between the four lads and their esteemed producer (and arguably the “5th Beatle”), George Martin, was paying tremendous dividends. The title for the movie was presented to them in April. Within two weeks, John had written the song and the first recording was on April 13. The finished product demonstrates how tightly coupled the Beatles were with George and what they could achieve, even under tremendous time pressure.

“Help!” was truly a call out by John as his life ventured from struggling artist to global superstar and was quite a departure from the love songs they wrote which dominated 1964 and early 1965. Originally written as a melancholy blues song, The Beatles “popped” it up to capture the delight of their worldwide fans – most likely encouraged by George Martin to speed up the original pace of the song.

As they entered 1965, their ages ranged from 21 to 24. Nothing could have prepared them for the immense popularity they had achieved. Nor could they have anticipated the pressures that mounted with every successful album, movie, concert, and more. Life was no longer simple. The Beatles were no longer “just a rock and roll band,” as John liked to lament.

Let’s start with the first verse. After the opening chorus with all three Beatles singing “Help!” in advance of John’s solo bits such as “I need somebody” and “Not just anybody,” all three sang in pleading voices “Help!” The first verse begins with Paul and George singing “When …” John proceeds to sing the lead.

Within the first three lines of this verse, Paul and George precede John’s lyric, follow immediately in harmony and then sing along together. They continue to bounce from preceding to trailing and synchronously – echoing one another throughout.

The song is loaded up with vocal fills and echoes that go back and forth during the verse. The Beatles established an early pattern of Lead-Lag-Lead-Synchronous in the first verse. Additionally, as they did often in their early recordings, there was both a mono and stereo version of the song. The vocal fills remained the same.

“Help!” moves along at a nice pace as it sits on a steady rhythm the lads provided with John’s acoustic guitar, George’s electric guitar, Paul’s bass, and Ringo’s drums and tambourines. Because of the song’s upbeat energy, one almost loses the fact that John is making a plea for support after nearly 2 years of Beatlemania has enveloped the four young lads.

In the chorus, John leads with “Help me if you can I’m feeling down and I do appreciate you being ‘round” before Paul and George join back in during “Help me get my feet back on the ground … won’t you please Help! me.” In contrast to the verses, they revert back to instrumental fills of lead guitar by George and drums by Ringo, tying it all together.

The words beg the listener’s emotions to feel sympathy and somberness for John. At the same time, the song moves along with a vibrant gripping pace. “Help!” is filled with lyrics and music that hold steady throughout, almost distracting one from the darker message. Later on, John would acknowledge how happy he was with the song; it was the first of John’s many truly introspective and honest songs.

The second verse provides more of the same back and forth and repeats the Lead-Lag-Lead-Synchronous fills of Paul’s and George’s backup vocals.

The final verse is a repeat of the opening one, but they changed the pattern just a bit. The first part of the verse has John singing solo with a bit more sadness in his tone. The second half picks up from the earlier pattern of Lead-Lag-Lead-Synchronous backing vocals.

And, in the end, they replay the chorus just as they did the prior two times. To end the song, they truncated the flow with their final “Help me, help me … oooooohhhhhh” and faded out.

“Help!” is an example of the Beatles’ creativity and innovation. As singers, songwriters, musicians, and composers, The Beatles developed a bag of musical and lyrical tricks second to none. The vocal fills in “Help!” is an early example of how creative they were despite the time pressure of a looming major movie release.

Clearly, they really did not need much “help” at all.

Photo Credit: The sun rises behind silhouettes of the Beatles, from the film Help, in Liverpool. (Photo by Peter Byrne/PA Images via Getty Images)

23 comments on “The Beatles’ “Help!” — Breaking Down The Vocal Tricks”